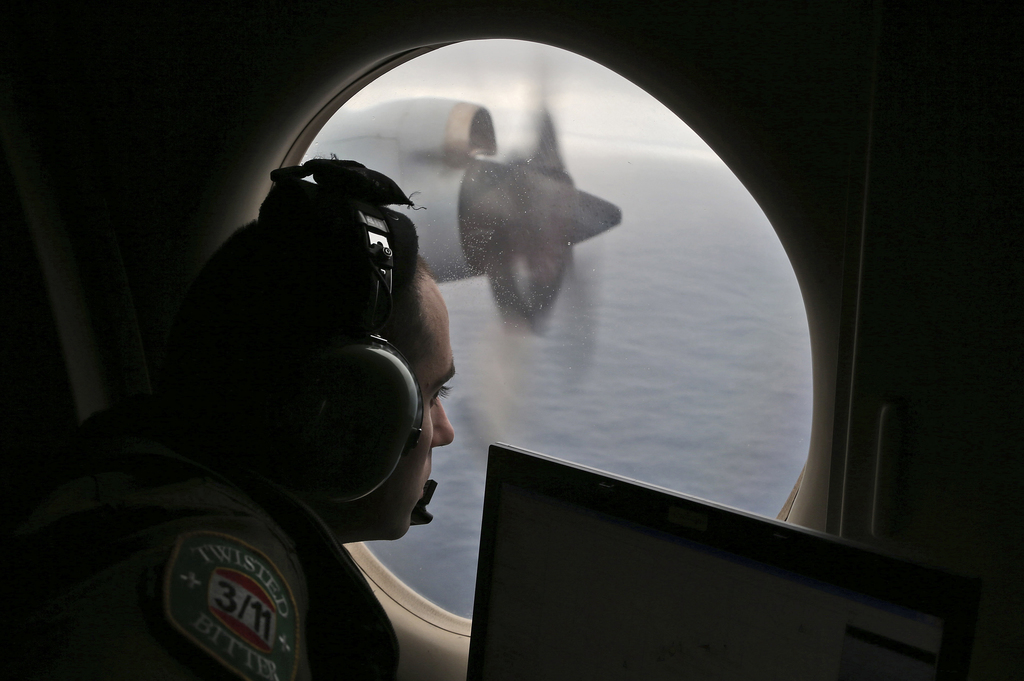 SYDNEY (AP) — For two years, a handful of ships have diligently combed a remote patch of the Indian Ocean west of Australia in a $160 million bid to find Malaysia Airlines Flight 370. On Tuesday, investigators made what was surely a painful admission: They have probably been looking in the wrong place.

The latest analysis by a team of international investigators concluded that the vanished Boeing 777 is highly unlikely to be in the current search zone and may instead be in a region farther to the north. But though crews are expected to finish their deep sea sonar hunt of the current search area next month, the possibility of extending the search to the north appeared doubtful, with Australia's transport minister suggesting the analysis wasn't specific enough to justify continuing the hunt.

The latest twist in the search for Flight 370 highlights the extraordinary difficulty officials have faced in their attempts to find the aircraft based on the faintest scraps of data. All along, officials have said they are not simply looking for a needle in a haystack — they are looking for the haystack.

On Tuesday, the haystack was poised to shift again, with the release of a report by the Australian Transport Safety Bureau, which is leading the search for the plane. The report is the result of a November meeting of international and Australian experts who re-examined all the data used to define the search area for the aircraft, which vanished during a flight from Kuala Lumpur to Beijing on March 8, 2014, with 239 people on board.

In the years since the plane disappeared, experts have analyzed a series of exchanges between the aircraft and a satellite to estimate a probable crash site along a vast arc of ocean that runs through the southern hemisphere. A deep sea search of a 120,000-square kilometer (46,000-square mile) stretch of water along the arc has so far come up empty.

In November, the experts went back over the satellite data, along with the results of a new ocean drift analysis of the more than 20 items of debris likely to have come from the plane that have washed ashore on beaches throughout the Indian Ocean. The analysis, which looked at where the items washed up and when, suggested the debris originated in an area farther north along the arc from the current search zone.

Given the number of aircraft parts found so far, the team concluded that there must have been a debris field floating on the surface of the water when the plane crashed. So they eliminated an area that had already been the subject of a surface search by air crews in the early stages of the hunt.

That left a 25,000-square kilometer (9,700-square mile) area immediately to the north of the current search zone as the most likely place where the plane hit the ocean, the report said.

The investigators concluded that there is "a high degree of confidence" that the plane is not in the current search area. And they agreed that the new area needs to be searched.

"The experts concluded that, if this area were to be searched, prospective areas for locating the aircraft wreckage, based on all the analysis to date, would be exhausted," the report said.

However, a new search would require fresh funding commitments from the countries involved in the hunt. Malaysia, Australia and China agreed in July that the $160 million search will be suspended once the current stretch of ocean is exhausted unless new evidence emerges that would pinpoint the plane's exact location.

Australian Transport Minister Darren Chester suggested an extension of the hunt based on the latest analysis was unlikely, noting that the report "does not give a specific location of the missing aircraft."

"As agreed at the Tripartite Ministers meeting in Malaysia in July we will be suspending the search unless credible evidence is available that identifies the specific location of the aircraft," Chester said in a statement. "The search for MH370 has been the largest in aviation history and has tested the limits of technology, and the capacity of our experts and people at sea."

Malaysia's Transport Minister Liow Tiong Lai did not explicitly rule out a new search, but said in a statement "we remain to be guided as to how this can be used to assist us in identifying the specific location of the aircraft."

Australian government oceanographer David Griffin, who worked on the drift analysis, said he is confident the plane is in the newly identified search area, though he conceded it doesn't completely rule out the possibility that the plane was somehow missed by search crews in the current search zone.

"It could have been where we were searching, absolutely, but the new information does clarify that immediately north is more likely," Griffin said.

As part of their analysis, Griffin and his team built replicas of the first piece of debris that was found — a wing fragment known as a flaperon that was discovered on Reunion Island off the African coast in July last year. The team then set the replicas adrift, measuring how fast they traveled and noting how much the wind influences their rate of speed. They then ran computer simulations of how the aircraft parts could have drifted, which helped paint a picture of where they originated.

The newly identified search zone does include an area that was searched very early on in the hunt, but crews didn't comb a wide enough area to rule it out, Griffin said. "They didn't go quite far enough away from the arc to cover all possibilities," he said.

The fact that crews were so close to the area now identified as the likeliest crash site — coupled with the lack of commitment to search the new area — is sure to frustrate families of those on board, who have been pushing the governments involved in the hunt to continue searching for their loved ones.

"They should keep searching no matter how much money they will spend," said Li Jingxin, whose brother was on the plane. "The cost of the search has nothing to do with us relatives. They should also raise the amount of compensation (to families) to make up for the time lost while they searched the wrong place."