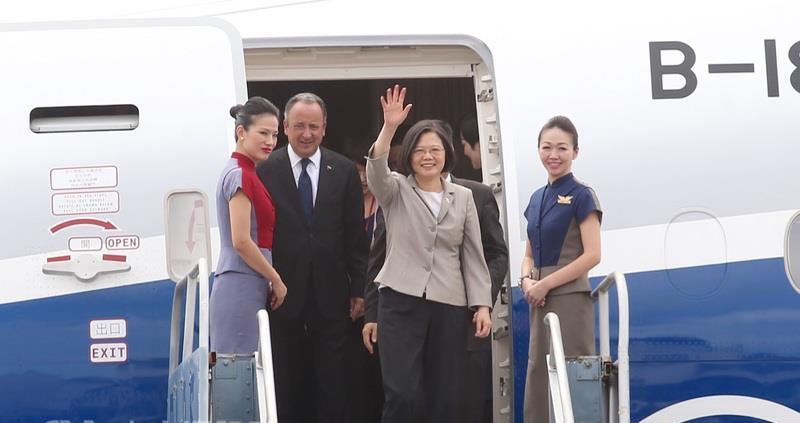 President Tsai Ing-wen is scheduled to embark on a state visit to four of Taiwan’s diplomatic allies in Central America - Guatemala, Nicaragua, El Salvadore and Honduras in January 2017, the Presidential Office announced in a press conference Tuesday.

The president is slated to take off for a 9-day visit on Jan 7 and head home to Taiwan on Jan 15, Deputy Foreign Minister Javier Hou said.

This will be Tsai’s second state visit, after she went to Panama and Paraguay for her first ever overseas trip as president in June.

Speculation has been rife that the president might stop over in New York during the transit to meet with the U.S. President-elect Donald Trump, but was publicly dispelled by Foreign Minister David Lee.

A meeting with Trump "can't possibly be happening," he told reporters on Dec 8, according to Taiwan’s Central News Agency.

The speculation about a Tsai-Trump meeting came after Taiwan president’s historic phone call with Trump on Dec 2, which drew global attention and prompted a diplomatic protest from Beijing over the 10-minute conversation.

The Presidential Office on Tuesday however declined to provide details on whether the president will make a stopover at a U.S. airport en route.

Further information on the upcoming visit will be released next Monday the soonest, Hou said.