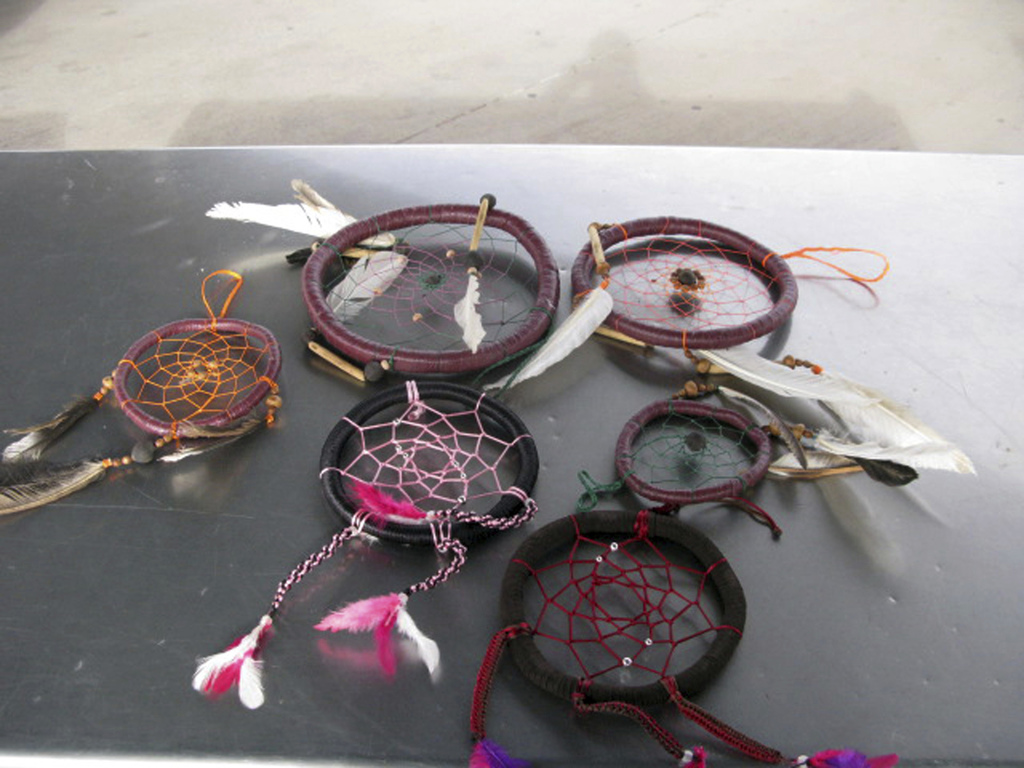 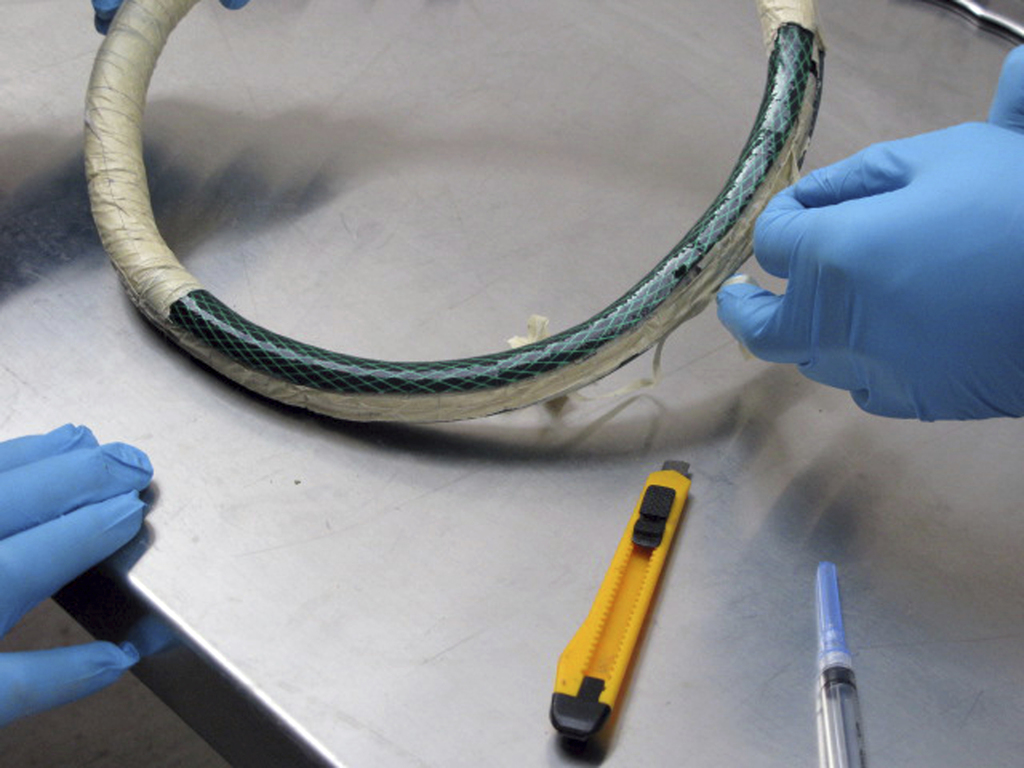 COLUMBUS, N.M. (AP) — A Mexican woman tried to smuggle liquid methamphetamine into the U.S. by hiding it inside Native American-style dreamcatchers when she crossed the border into New Mexico over the weekend, federal officials said Monday.

U.S. Customs and Border Protection officials said the woman was detained Sunday in Columbus, New Mexico when she crossed from Puerto Palomas, Mexico, and a drug-sniffing dog alerted customs officers.

The officers found six dreamcatchers in the woman's car with rings made of rubber tubing filled with a liquid that tested positive for methamphetamine, the officials said.

Dreamcatchers, hoops of willow and feathers typically made by American Indians in the Great Plains, are intended to protect sleepers from bad dreams.

The woman, from Nuevo Casas Grandes in Mexico's Chihuahua state, was handed over to Department of Homeland Security agents. Her name was not released.

Officials said she was traveling with her eight-year-old and one-year-old daughters. The children were handed over by agents to a relative of the woman.

"This is one of the most unusual smuggling episodes we have ever encountered," Reza said.

U.S. border customs officials in Arizona last June arrested a 19-year-old man after agents he allegedly tried to cross the border with drugs disguised as tamales.

The purported tamales contained about $3,000 worth of methamphetamine, officials said.