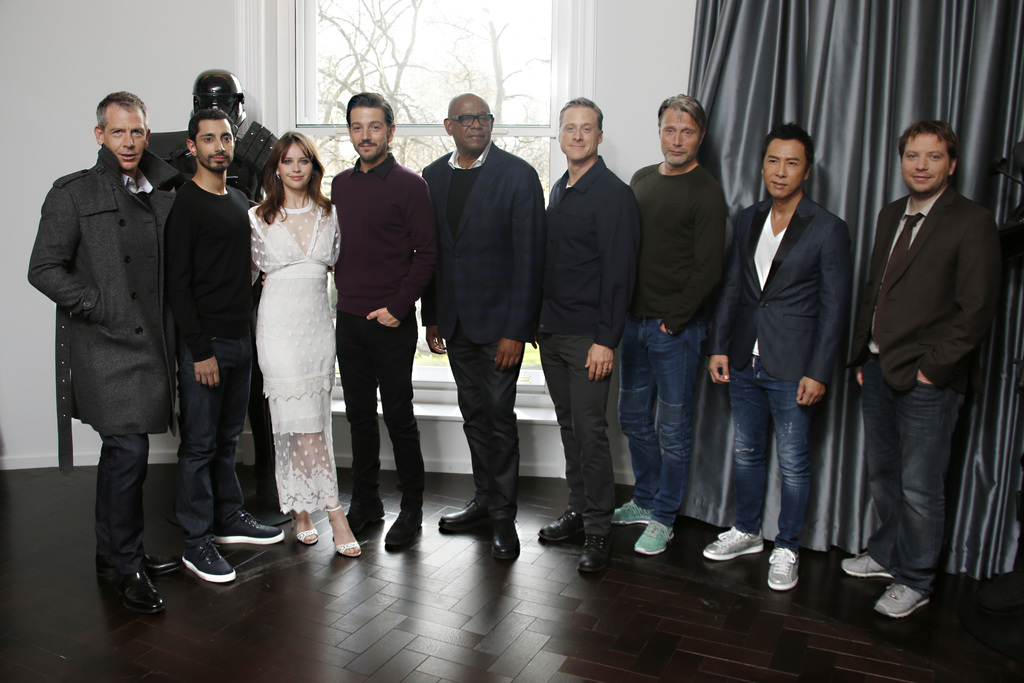 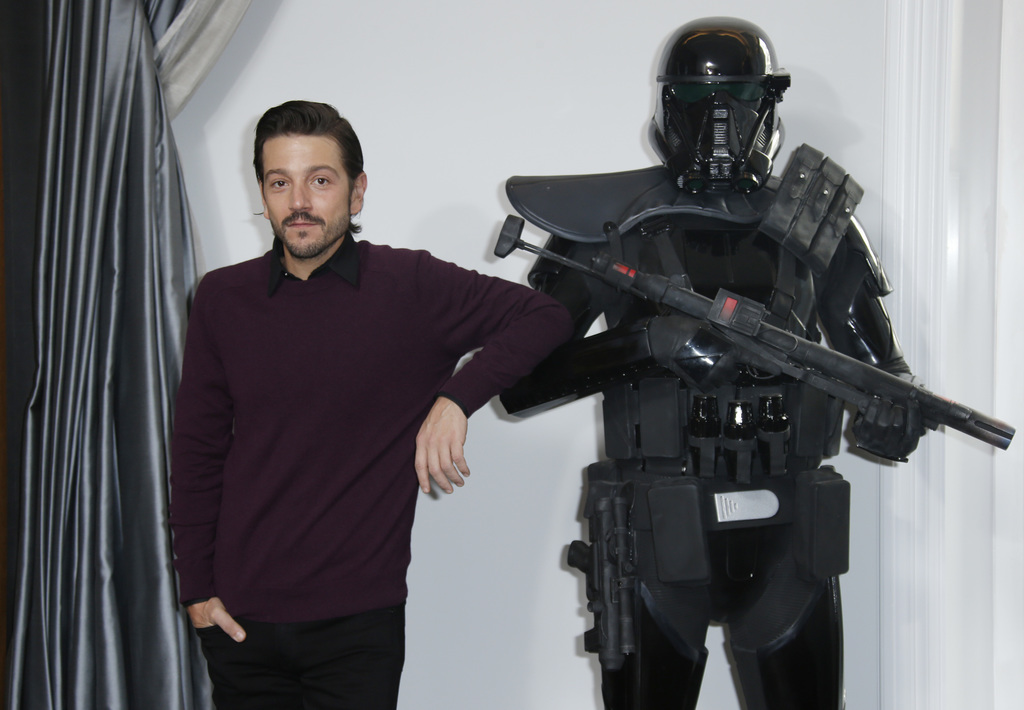 SAN FRANCISCO (AP) — "Star Wars" has always had a wide variety of faces and languages in its films, but, besides a few outliers, the diversity was mainly limited to that of the various creatures inhabiting the planets. "The Force Awakens" cracked that seal a bit, but it's the spinoff film "Rogue One: A Star Wars Story" that really bursts through the arbitrary barrier with a large international cast, including Mexican actor Diego Luna, Danish actor Mads Mikkelsen, the British-Pakistani actor Riz Ahmed, Chinese stars Donnie Yen and Jiang Wen, Australian Ben Mendelsohn, African-American actor Forest Whitaker and British actress Felicity Jones .

For director Gareth Edwards, it just made sense for the story.

"The rebellion is in chaos," he said. "There are different sections of the alliance that are coming together and they can't agree on much. We wanted to reflect the different areas of the galaxy and, you know, you obviously have things like talking fish in the rebellion, so it's like, we should definitely represent the world. The great thing about that is when you do that, you can choose any actor you want. We are spoiled with the cast we have."

Meet a few of the new characters in "Rogue One" before it hits theaters Friday:

Luna wanted so badly to be in a "Star Wars" film, he said he would have paid to be part of it. In the film, he plays Cassian, an intelligence officer for the rebellion, or, a spy charged with leading the dangerous mission that culminates in the rebels stealing the plans for the Death Star.

"He's a very lonely character. His best friend is a droid basically — that says a lot about him — and a droid that he reprogrammed! It's that kind of character," Luna said. "He has so much information, he has seen terrible things he would love to forget."

That droid is K-2S0, voiced by Tudyk, who is being hailed as one of the breakouts of the film for his deadpan humor.

Riz Ahmed chimed in: "It's funny, you think of you guys as a team but he doesn't think of you that way at all. He thinks of you as his butler."

Tudyk: "He thinks of me as dead weight or as his chauffeur because I do fly the spaceship which is pretty cool."

Ahmed, who broke out this year as the star of HBO's "The Night Of" plays Bodhi, an Imperial cargo pilot living on a planet, Jedha, that's occupied by the Empire.

"He's just someone who is trying to keep his head down and earn a living, and the only job in town when you live on an occupied planet is to work for the Empire," Ahmed said. "It's when he comes across certain kinds of information ... The name Bodhi means 'awakening,' so he wakes up to certain realities. He questions allegiances and what he's doing with his life."

Mendelsohn's Orson Krennic is the known baddie of the group, the one in charge of making sure the Death Star works. He came up in the Empire alongside Mikkelsen's Galen Erso, a scientist who tried to leave the planet killer-making ways behind, only to be drawn back in. He's also the father of Jones's lead Jyn Erso .

"As a scientist you have morals of course but often you just dive into a project that will consume you completely and before it's too late you realize what you're creating," Mikkelsen said. "I think he's one of those."

Edwards, inspired by George Lucas's love of Akira Kurosawa's "The Hidden Fortress," wanted to have two actors who would squabble but still venture out together on a mission. It was where Lucas got the idea for R2-D2 and C-3PO, but Edwards wanted to go back to the source.

"I thought 'I really like those two characters, two Asian guys who don't really get along but really they're best friends.' At the same time the writer was saying 'I want to do two characters who represent the themes of the film — war and peace," Edwards said.

Yen, a Hong Kong resident and star of Chinese blockbusters like "Ip Man," said that "Star Wars" was not really part of Chinese culture until recently — even though it was so inspired by Asian cinema.

"I realized, 'Oh, my God, this is something very special. I'm going to make history,'" he said. "Particularly, I started to realize, 'Hey, you know, I'm the first Chinese actor in the 'Star Wars' universe.' That is so rewarding."