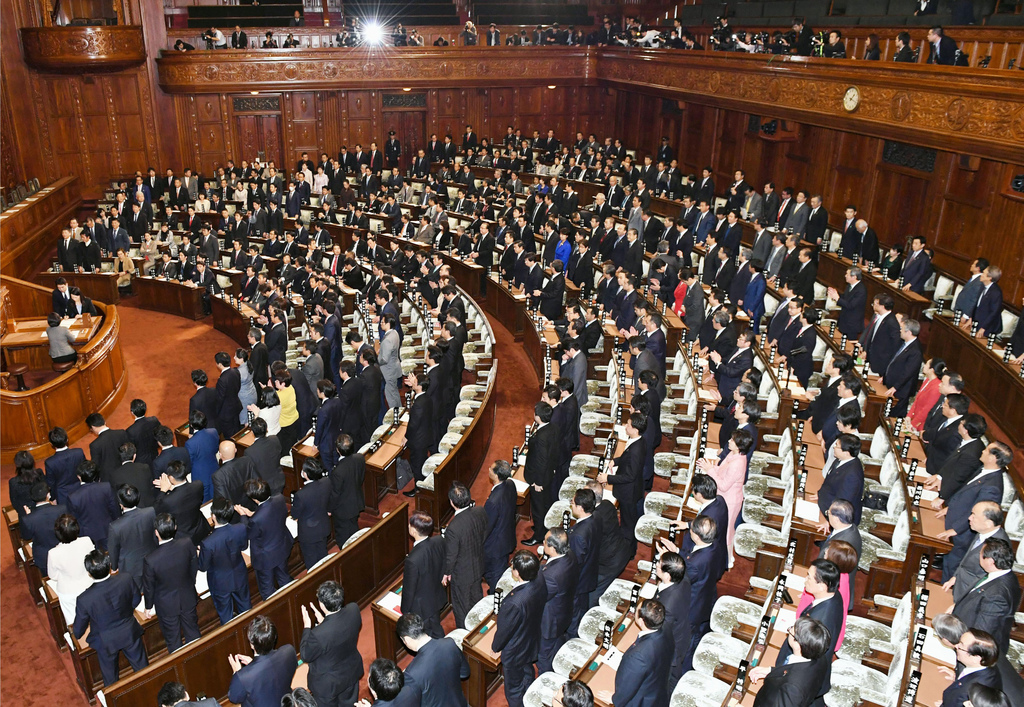 TOKYO (AP) — Gaming operators got the green light they've been waiting for after Japan's parliament approved Thursday an "integrated resorts" law that is a first step toward allowing casino gambling.

Passage of the new law left its opponents in tears, but big players said they were keen to get started.

"Today's announcement allows us to advance our relationships with key stakeholders and together create a coalition of Japanese business partners who will collectively define a vision for a uniquely Japanese, world-class integrated resort," MGM Resorts International said in a statement.

It said it had a full-time development team in Tokyo working on potential projects.

"The reason why everyone's spending the time on this is that the potential is absolutely enormous," James Murren, chairman of Las Vegas-based MGM Resorts International, said in a recent conference call with analysts.

Wynn Resorts said it was "extremely pleased" by the law's passage.

Casino operators view Japan as a lucrative "final frontier." In a report this month, analysts at investment bank CLSA estimated the potential market at $30 billion a year in gross revenue. Supporters of the casino plan say it will create jobs and make Japan a more alluring tourism destination.

Many in Japan fear an expansion of legalized gaming will fuel organized crime and encourage gambling addiction. Surveys have shown a majority of Japanese oppose the plan.

Casinos are unlikely to start operating in Japan until 2021 or beyond, after the Tokyo 2020 Olympic Games. The new legislation authorizes drafting of regulations dictating the number and location of casinos, entry restrictions for Japanese and tax rates. That process is expected to take up to a year.

The new legislation got final approval in the wee hours Thursday, after a failed attempt by opposition lawmakers to pass a no-confidence motion against its top supporter, Prime Minister Shinzo Abe. Abe has sought passage of the long-delayed legislation for years, over objections from some in his own ruling Liberal Democratic Party.

Tokyo, Osaka, Yokohama and a city on the northern island of Hokkaido are said to be planning bids for casino licenses.

"This is a landmark occasion and should be a shot in the arm as it relates to investor sentiment in all gaming names that could be players in Japan," Grant Govertsen, a Macau-based analyst at investment firm Union Gaming, said in a commentary.

Japan's existing forms of gambling include lotteries, pachinko — a kind of pin-ball machine — and wagering on horse, auto, bicycle and power boat racing. It could become the world's second largest gambling market behind No. 1 Macau, Govertsen said.

"Quite simply, it represents the next and perhaps only other large opportunity to develop large-scale integrated resorts in Asia for a lot of these companies," he said. "Some of these companies, their revenues and cash flow are so large today that it would take an opportunity like Japan to move the needle for them."

Billionaire U.S. casino moguls such as Sheldon Adelson, head of Las Vegas Sands Corp., and Steve Wynn of Wynn Resorts, or their representatives have often visited Japan to lobby for legalization.

Still, Japan is taking a gamble as the market cools elsewhere.

A sweeping anti-graft campaign by Chinese President Xi Jinping has crimped lavish spending by high-rollers from mainland China, causing gambling revenue in Macau, which provides the bulk of profits for companies like Wynn and Sands, to fall for 26 straight months until August.

Macau raked in about $29 billion in casino revenue last year, about five times more than the Las Vegas strip, but down about a third from the year before.

Public opposition to the casinos is mainly based on concerns over gambling addiction. In a 2014 study, researchers with Japan's health ministry found that about 5 million people, or 5 percent of the adult population, were thought to be addicted to gambling. That's far higher than the 1 percent rate found in many other countries, said the researchers, who said pachinko was the main problem.