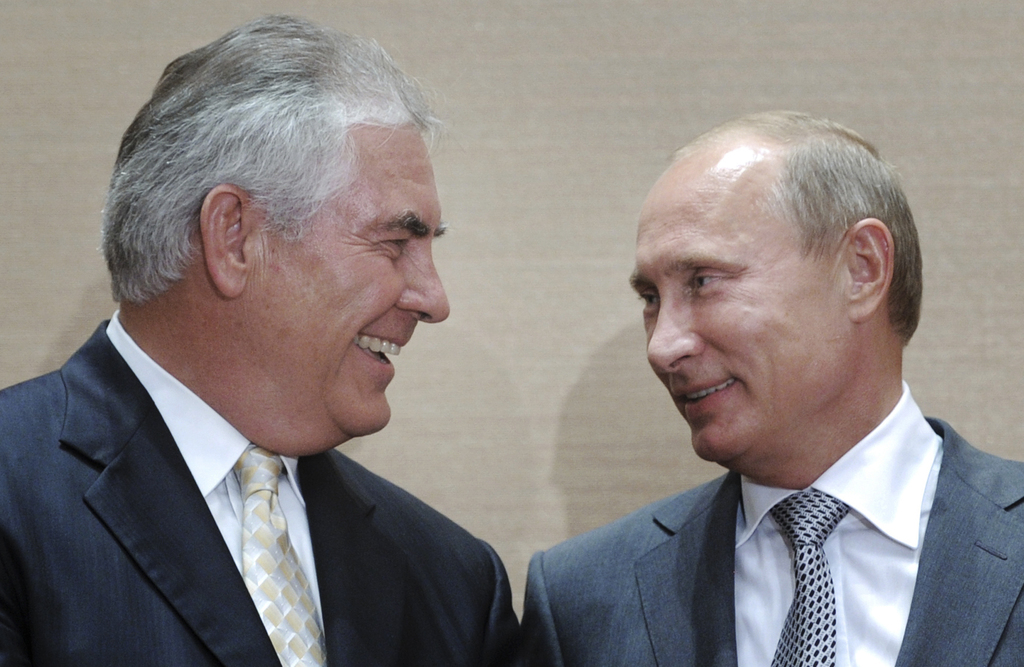 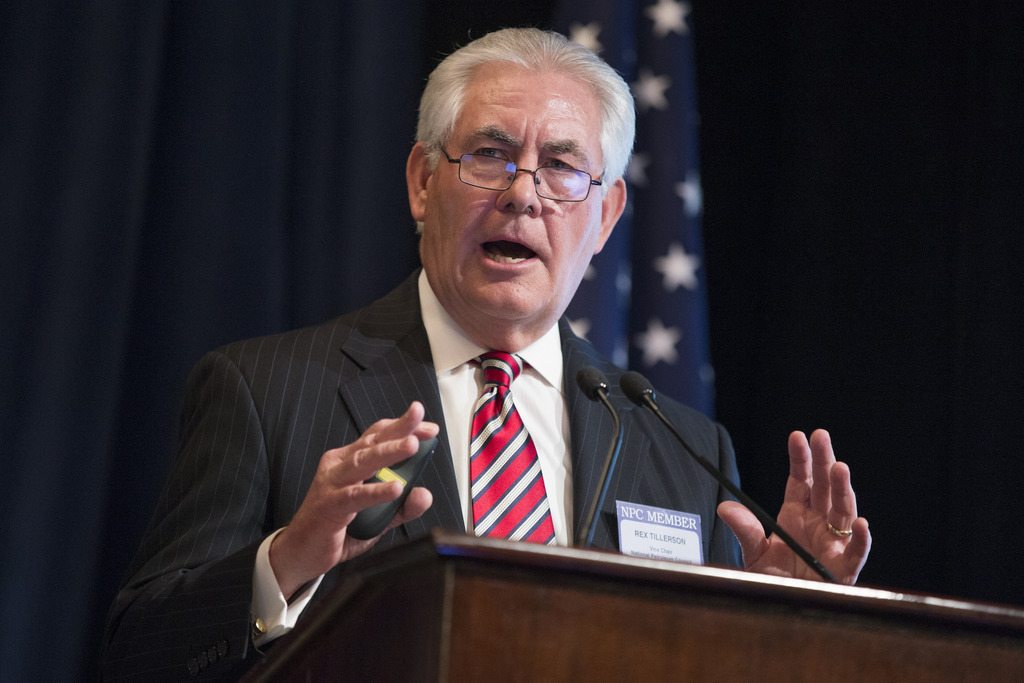 MOSCOW (AP) — ExxonMobile CEO Rex Tillerson, President-elect Donald Trump's apparent choice to lead the State Department, has ample experience in dealing with other nations, but strictly as a businessman, not a diplomat.

Exxon has operations in dozens of countries, some of them politically volatile or estranged from the U.S. First among them is Russia, which has leaned heavily on Western companies for technology and know-how to tap its vast oil and gas resources.

The prospect of Tillerson's nomination for secretary of state has raised concerns, given intelligence assessments saying Russia interfered with the U.S. presidential election to help Trump.

Two people close to Trump's transition team said late Monday that Trump had selected Tillerson to be America's top diplomat. They insisted on anonymity because they were not authorized to disclose the pick ahead of that announcement.

Tillerson has argued against sanctions that the U.S. and European allies imposed on Russia after it annexed the Crimea from Ukraine in 2014. He also has backed free trade and an expansive U.S. presence in the Middle East, stances at odds with the more isolationist approach Trump has pitched to his supporters.

A native of Wichita Falls, Texas, 64-year-old Tillerson is a career Exxon employee, having joined the company after graduating from the University of Texas in 1975 with an engineering degree. Groomed for an executive position, he spent years in the rough-and-tumble world of oil production, working in Exxon's central U.S., Yemen and Russian operations.

By the 1990s, Tillerson was overseeing many of Exxon's foreign operations. He played a key role in Exxon's involvement in the huge Sakhalin oil and natural gas project on Russia's eastern coast. That was a warm-up for a $3.2 billion deal in which Exxon and Russian state-controlled Rosneft announced they would work together to explore for oil in Russia's Arctic region. Production is expected to begin in the next decade.

In 2011, Tillerson flew to the Russian resort town of Sochi to meet Russian President Vladimir Putin for the announcement. As news photographers recorded the scene, the men shook hands and smiled broadly at each other.

"This project promises to be highly interesting and ambitious," Putin said, according to a Rosneft press release. Exxon exploration in Russia, he said, "will open new horizons."

Success in Russia required aligning the company's interests with those of the Russian government, mettle and good relations with Putin. Exxon steadily expanded its Russian business while its rivals faced expropriation and regulatory obstacles. In 2013 Putin awarded Tillerson the Order of Friendship, an honor given to foreigners who improve relations with Russia.

"My relationship with Vladimir Putin, which dates back almost 15 years now, I've known him since 1999 and have a very close relationship with him," Tillerson said in a speech a few years ago at the University of Texas-Austin.

The sanctions against Russia, if they remain in place for an extended time, could threaten the joint venture with Rosneft, and at Exxon's annual meeting in 2014, Tillerson urged Western political leaders "to consider the very broad collateral damage of who are they really harming with sanctions."

Exxon also has operations in Indonesia, Azerbaijan, Chad, Equatorial Guinea, and many other countries. Africa and Asia were its leading sources of oil production in 2015. The company says its diverse global portfolio of oil and gas projects helps mitigate risks.

Tillerson became Exxon's CEO on Jan. 1, 2006, and is expected to retire next year. His heir apparent, Darren Woods, has been in place for a year, so there would be virtually no disruption to Exxon's succession plans if Tillerson were to become secretary of state.

In 2015, Exxon paid Tillerson compensation that the company valued at $27.3 million, most of it in stock awards. At the end of 2015, he held awards that had not yet vested that were worth $149.2 million.

If he becomes secretary of state, by law, he would have to either sell his Exxon shares and stock options or recuse himself from government matters that have a "direct and predictable" effect on his financial interests, said Richard W. Painter, a University of Minnesota corporate law professor who served as President George W. Bush's chief ethics lawyer. Failure to do one or the other would likely result in criminal charges, since Cabinet members, unlike the president and vice-president, are covered by statutes designed to prevent conflicts of interest.

If Tillerson didn't sell the stock, he would have to stay out of decisions for a wide swath of the secretary's job including climate change matters, the oil industry or many dealings with Russia. "There are going to have to be some pretty broad recusals in the State Department on anything that involves oil," Painter said. "In my view personally it's unacceptable to have a secretary of state who has a lot of oil company stock or stock options."

Putting the stock in a blind trust would not be allowed because it would remain a financial interest for Tillerson, Painter said. "You can't put it into a blind trust and pretend you don't own it," he said.

Still, it's not unheard of for a high-profile businessman to serve as secretary of state.

Bechtel, the big, privately held San Francisco engineering and construction firm, gained stature and prestige — and likely an advantage in bidding for foreign contracts — when President Ronald Reagan picked George Shultz as secretary of state and Caspar Weinberger as secretary of defense. Both had been top Bechtel executives.

At the time, critics said Bechtel had its own foreign policy, especially in the Middle East and didn't particularly care if its objectives were not aligned with those of the U.S.