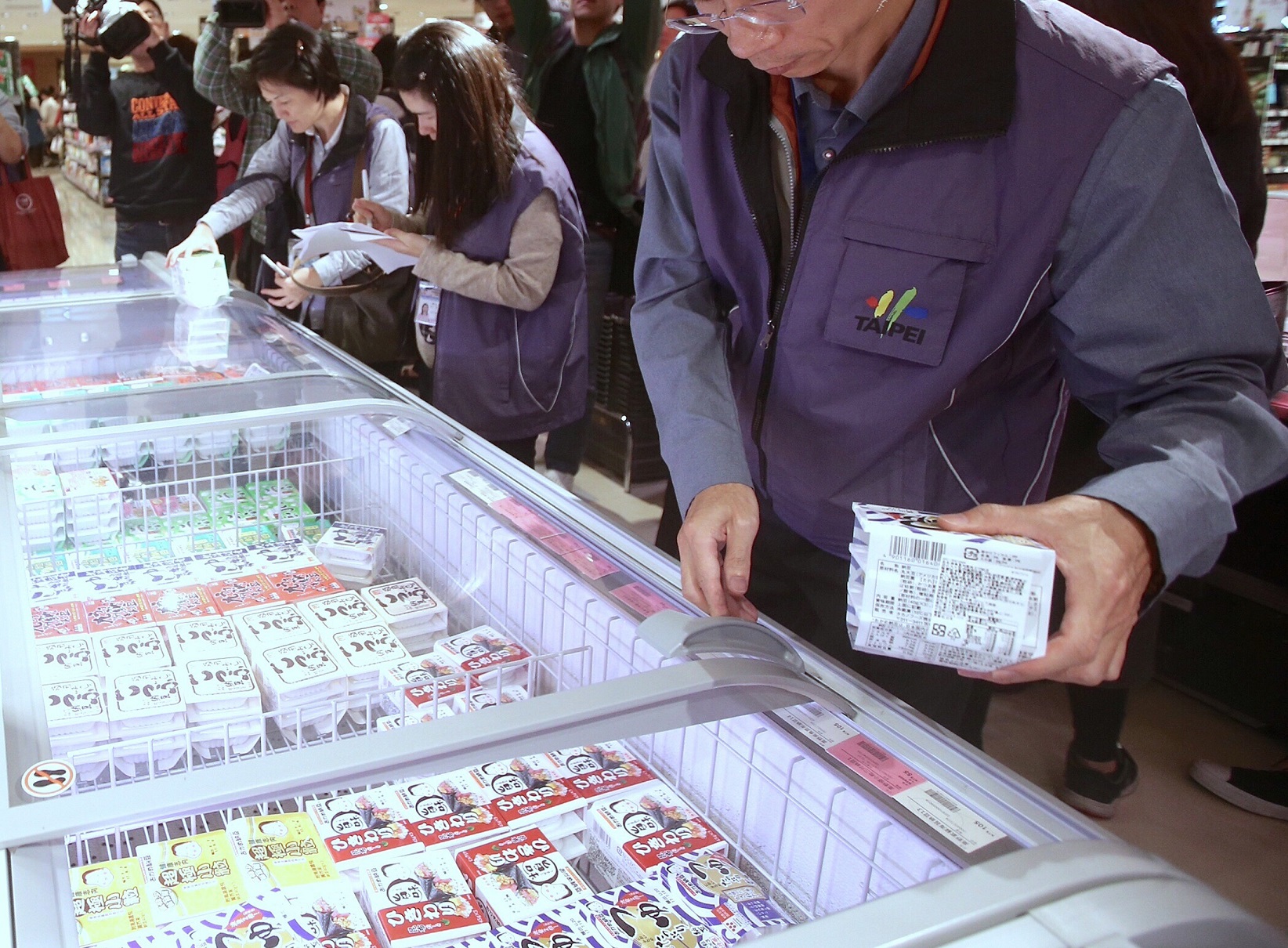 Despite a ban on food imports from five Japanese prefectures said to have been affected by radioactive contamination, soy sauce packets from these areas were found packaged with different fermented soybean products. Taiwan's Food and Drug Administration (FDA) announced a nationwide recall on Monday and will implement batch-by-batch customs inspections of Japanese foods in combo packs starting Monday.

An increasing number of soy sauce packets included with ready-to-eat fermented soybean products, also known as natto, have been recently found have been made in radioactive-affected Japanese prefectures whose food exports are banned in the country. The products in question are available on shelves of local Shinkong Mitsukoshi supermarkets under the brand name of Kajinoya and supermarket chains RT Mart under the brand name Yoshinoya.

Taiwan has initiated a ban on imports of food products from Fukushima, Ibaraki, Tochigi, Gunma and Chiba prefectures in Japan, areas that were contaminated with radiation since the meltdown of the Fukushima Daiichi Nuclear Power Plant in March 2011 triggered by a massive earthquake and tsunami.

The FDA has ordered Japanese food importers and retailers to place a voluntary inspection in which any products suspected of coming from the five Japanese prefectures should be taken off shelves within 72 hours.

Chiang Yu-mei, director general of the FDA, said Sunday that the soy sauce in question has been served in packet inside a natto product sold under manufacture name Kajinoya, which is registered at Kanagawa Prefecture and imported by Taiwan's Taicrown Crop. But consumers found that the information printed on the packet indicates it is from Ibaraki.

In a press conference Monday, Chiang announced the recalls and that food importers should implement a voluntary inspection and remove the products in question within 72 hours, otherwise they could face a fine of between NT$30,000 and NT$3 million (US$936 and US$93,600) for violation and the products have to be either destroyed or returned to its supplier.