Oki Sato–founder and creative director of renowned Japanese design studio, Nendo, and Jury Chair for the Golden Pin Design Award 2016 Final Selection–said in an opening speech that the level of the quality of the projects entered into the award exceeded his expectations, and that he really enjoyed the judging process, despite how painful it could seem at times. “Along the selection process, we took into consideration important elements, such as function and aesthetics. In addition to this balance, we paid attention to particular elements such as the emotion. After all, design needs to connect people to people, as well as people and space,” he explained of the 2016 jury experience.

This year, for the first time, jurors were allowed to nominate and debate certain Design Mark recipient projects that they thought should make the Finalist cut, even if they did not make it through the initial point-allocation system. This, according to Sato, is one of the great values of the Golden Pin Design Award: “Through close examination and exploration, we’re really able to find the value of these products and projects, so I’m firmly convinced that if we keep on working on this award, in the very near future, the Golden Pin Design Award will become a globally leading design award.”

On stage, Golden Pin Design Award Best Design winners expressed their gratitude to friends and family, colleagues and clients, teachers and mentors. Many talked of the motivation the award gave them to carry on in their chosen area of design, and some designers from abroad expressed excitement at the opportunity to come to Taipei and meet and exchange ideas with design peers from across the huaren world. Some talked about the similarity between Taiwan’s famed Golden Horse, Golden Melody, and Golden Bell Awards, which celebrate the film, music, and TV communities, expressing gratitude that the local design industry finally has an award of a similar calibre. Many noted that this award gives them courage that designers have the strength to revitalize traditional industries in the region.

Also on stage tonight were the three 2016 Best of the Best recipients for another unique award under the Golden Pin banner, the Golden Pin Concept Design Award. The annual award, which offers a total of NT $900,000 (more than US$27,000) in cash prizes, encourages entrants to consider philosophies, ideologies, principles, or areas of thought attributable to huaren culture or lifestyles in their submitted concepts, as well as the Chinese concept of zhongguan. Aimed at younger or emerging designers who have yet to launch their products or projects to the market, the award acts as a litmus test for future trends in design for and within huaren communities.

The ceremony, which was curated by innovative Taiwanese motion graphics studio, Bito, and hosted by popular local celebrity TV host Mickey Huang, was attended by members of Best Design winning and Finalist companies and studios, as well as huaren and international design world luminaries and other VIP guests from Taiwan’s political, arts, and business communities. In the middle of the ceremony, guests were treated to a stunning multidisciplinary performance in which dancers from Taipei-based Ray Dance Company moved in synchronization with a loosely Golden Pin-themed audio visual display created by Bito. 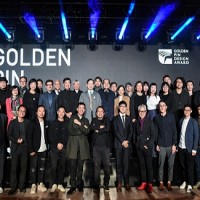 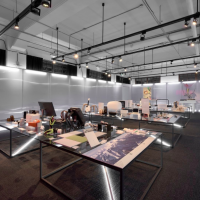 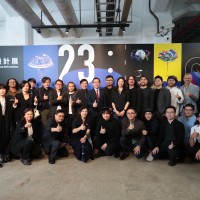 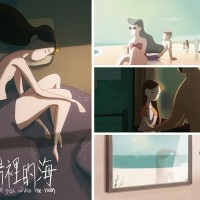 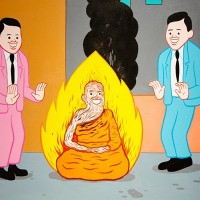