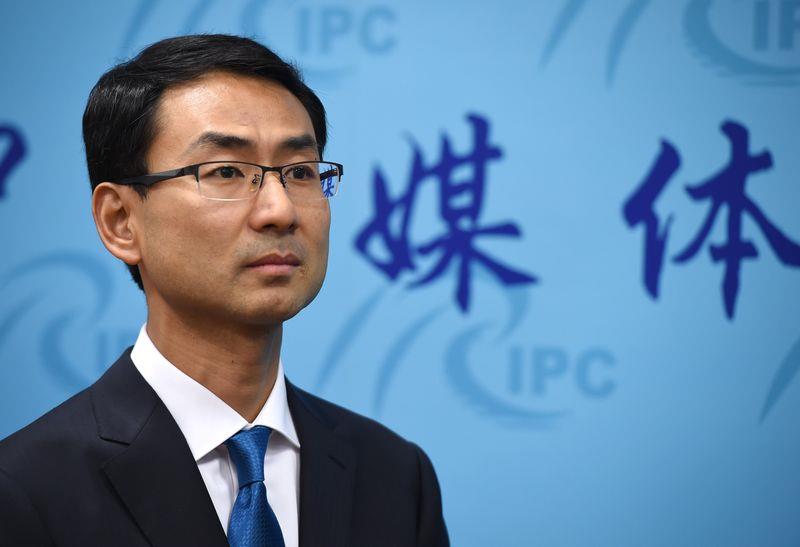 TAIPEI (Taiwan News) – Following the telephone conversation between President Tsai Ing-wen and United States President-elect Donald Trump, China said Saturday it had contacted the relevant authorities and asked the U.S. to stand by its “One China” policy in order not to interfere with relations between Washington and Beijing.

The 10-minute phone conversation between Tsai and Trump Friday night Taiwan time was unprecedented since Washington switched recognition from Taipei to Beijing in 1979.

China’s foreign ministry spokesman Geng Shuang said the country had already expressed its “solemn representations” with the relevant side in the U.S., though he did not specify who that was. Usually, it would mean the State Department, but since Trump is not taking office until next month, it was not known whether China had contacted his staff.

Geng also reiterated China’s familiar stance that there was only one China, and that Taiwan was an inalienable part of it. The internationally community recognized that the People’s Republic of China was the only legal representative of China, he added.

The “One China Principle” was the political basis for the relationship between China and the U.S., Geng said, exhorting Washington to stay faithful to its “One China” policy and to be careful in handling the Taiwan question in order to prevent the relationship from suffering unnecessary interference.

Earlier, the Chinese government’s Taiwan Affairs Office spokesman An Fengshan quoted Foreign Minister Wang Yi as describing the phone call as a “small trick” on the part of Taiwan which would not change the longstanding “One China” policy adhered to by the global community.

Trump himself tweeted twice about his talk with Tsai, whom he described as “the president of Taiwan.” He thanked her, while in a second message, he lashed out at critics, writing they were claiming it was alright for the U.S. to sell weapons to Taiwan but not for him to talk to its president.