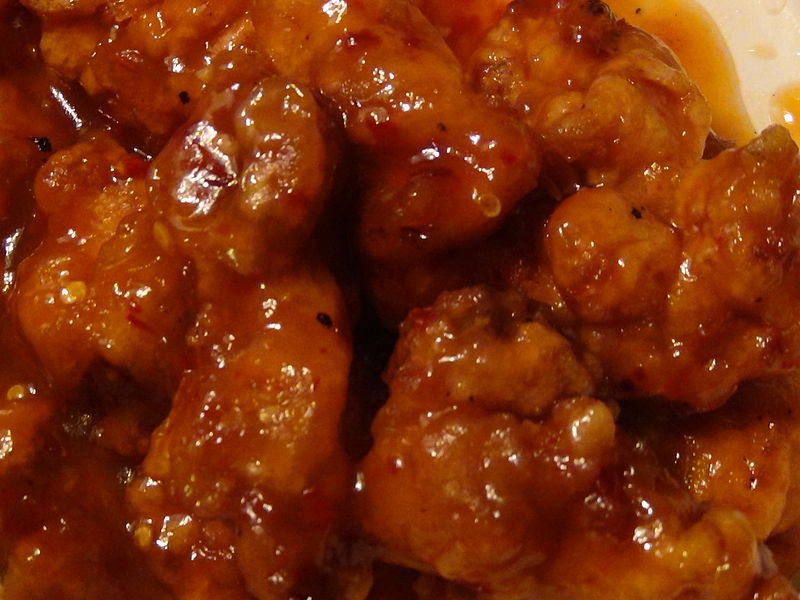 A native of Changsha, Hunan Province, Peng began training at the age of 13 under the tutelage of the famous Hunan chef Cao Jing-chen (曹藎臣), who was the family chef of Tan Yan-kai (譚延闓), the prime minister of the Nationalist government from 1926 to 1928. After WWII, he was put in charge of running Nationalist government banquets, and in 1949 he fled to Taiwan after the Kuomintang's forces were defeated by the communists in the Chinese Civil War.

According to an interview with the China Times, Peng says that his most famous dish was created in 1952 during a four-day visit by U.S. Seventh Fleet commander Admiral Arthur W. Radford. After three days, he had served the guests most of his repertoire of dishes, so to try and mix things up a bit, he decided to chop some chicken into big chunks, fry it to a golden hue and then added a different combination of sauce and seasoning to create a new dish.

The admiral was so impressed with the dish that he asked Peng what it was called, he thought quickly on his feet and said "General Tso's Chicken" (左宗棠雞).

Peng chose the name to honor General Tso, a famous military leader from Hunan who helped put down the Taiping Rebellion as well as other rebellions in the 1800s during the Qing Dynasty. He was well respected not only for his successes on the battlefield, but also for his contributions to Chinese agricultural science and education. In the 1973, he opened a restaurant in New York City, where he began to gain the attention of officials from the nearby United Nations headquarters, including U.S. Secretary of State Henry Kissinger, who was very impressed with his cooking. It was because of these high profile visits that media outlets started to report on his restaurant, including the New York Times, which ran one of the earliest published accounts of the dish in 1977:

"General Tso's chicken was a stir‐fried masterpiece, sizzling hot both in flavor and temperature, and dragon and phoenix was a combination of pearly, dewy fresh lobster chunks on one side of the platter and stir‐fried chicken with peanuts on the other."

In 2014, a documentary film was released called "The Search for General Tso" directed by Ian Cheney that explored the origins of what has become an iconic dish in Chinese restaurants across the United States and even the world. The film first shows how Americans are generally clueless about the origins of the dish and then visits China, where Chinese are equally ignorant of the existence of the dish. It then covers the exploits of the real General Tso in Hunan, where the filmmakers find that the general had a number of favorite dishes, but the modern sweet fried chicken incarnation was not among them.

The documentary then covers the history of Chinese immigration in the U.S. and how the Chinese Exclusion Act forced Chinese into self employment, leaving them few options other than opening laundries and restaurants. To gain customers Chinese restaurants started modifying their dishes to suit American palates, by deep frying them, adding sugar, and including extras like fortune cookies. After the thawing of relations between China and the U.S. brought by Nixon's visit to Beijing in 1972, the film pointed out that there was a resurgence of interest in Chinese food and there were a number of restaurants that began to try and cash in on the new craze. Among them was Michael Tong, who opened Shun Lee Palace in Manhattan, and in 1973 introduced General Tso's Chicken to the menu for which his establishment received a four-star review from the New York Times.

The documentary revealed that businessmen from Shun Lee visited Peng's restaurant in Taipei in 1971 and brought back several dishes "inspired" by Peng's, including General Tso's Chicken. The dish's original creator, Peng, tried to open his own chain of restaurants in New York, but was not as successful as his rival, choosing eventually to return to Taiwan where his Hunan-style restaurant chain continues to thrive to this day. 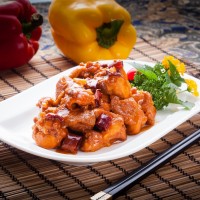 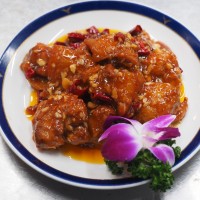