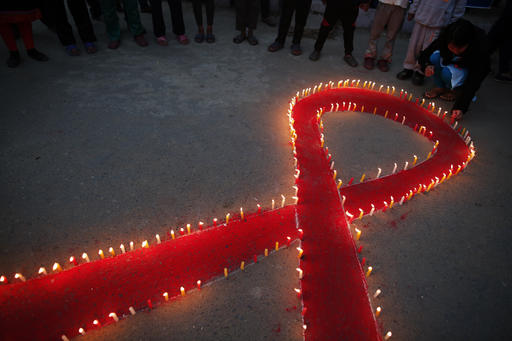 Taipei, Nov. 30 (CNA) A total of 1,991 new HIV positive cases were reported in the first 10 months of this year, an average of six per day, predominantly among young adults and middle-aged men, the Ministry of Health and Welfare said on Wednesday.

According to the ministry, 33,018 individuals had been diagnosed HIV positive in Taiwan as of the end of October.

The infected are mostly in the 25-34 age group.

In 2015, 70 percent of cases were in the 15-34 age group and unsafe sex remained the major cause of infection.

The figures indicate that the risk factor remains highest for homosexual men, though that group's share of total infections continues to fall.

Sex between heterosexual partners is also spreading infection, with more than 250 cases reported in both 2014 and 2015. There have been 184 such cases so far this year.

CDC deputy head Chuang Jen-hsiang (莊人祥) called for people to practice safe sex and take other measures to prevent the spread of AIDS.

Dec. 1 is World AIDS Day and the CDC is sponsoring awareness activities under the theme Hands up for #HIV Prevention.

(BY Chen Wei-ting and Lilian Wu)