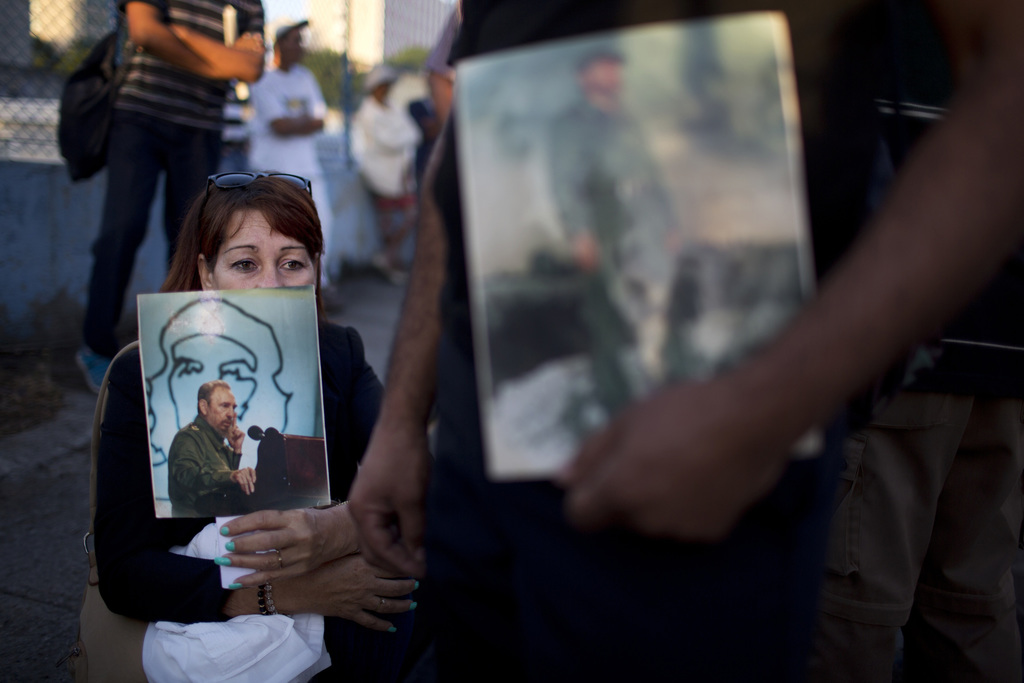 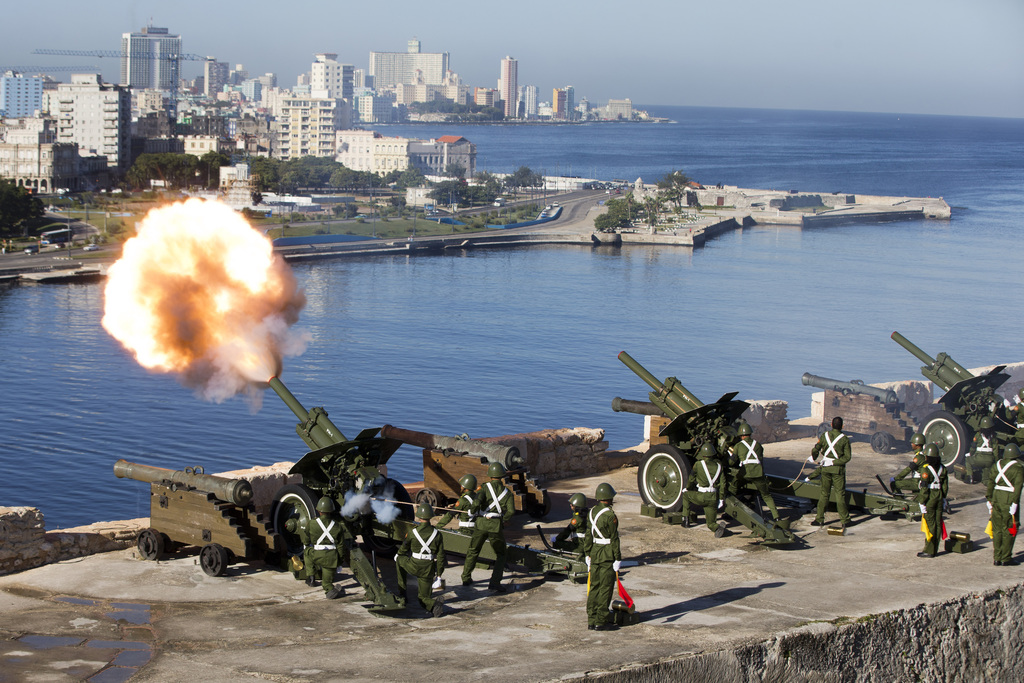 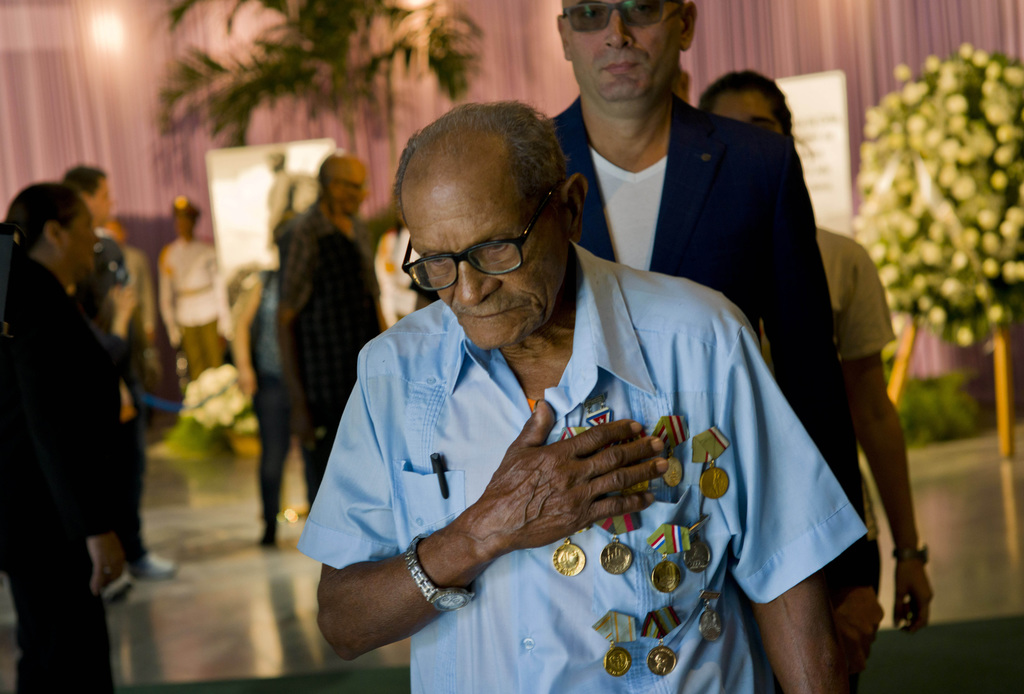 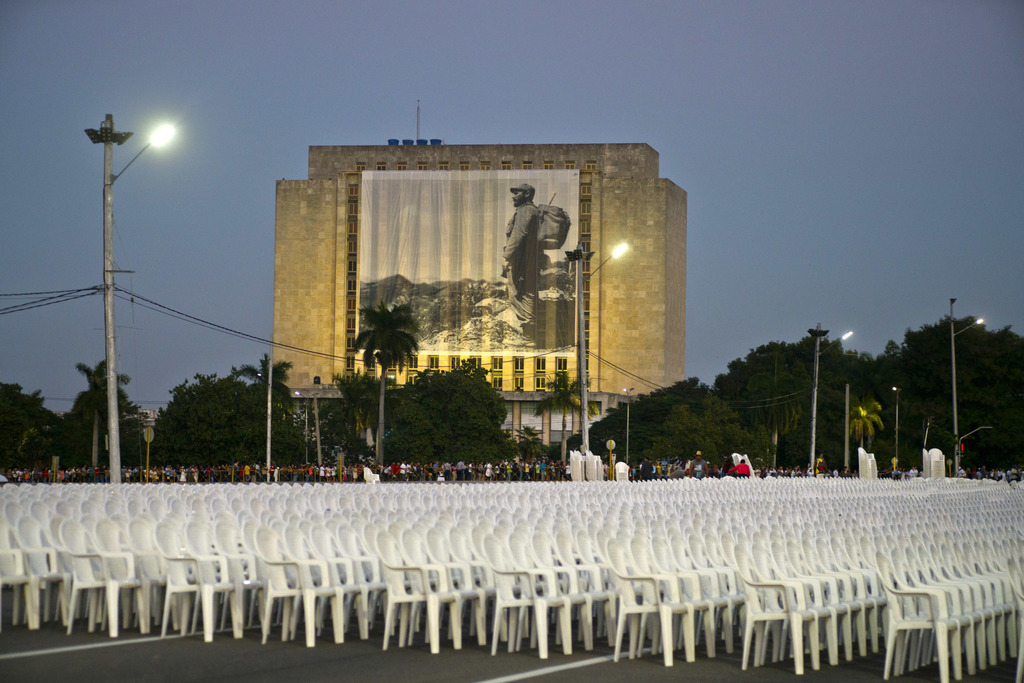 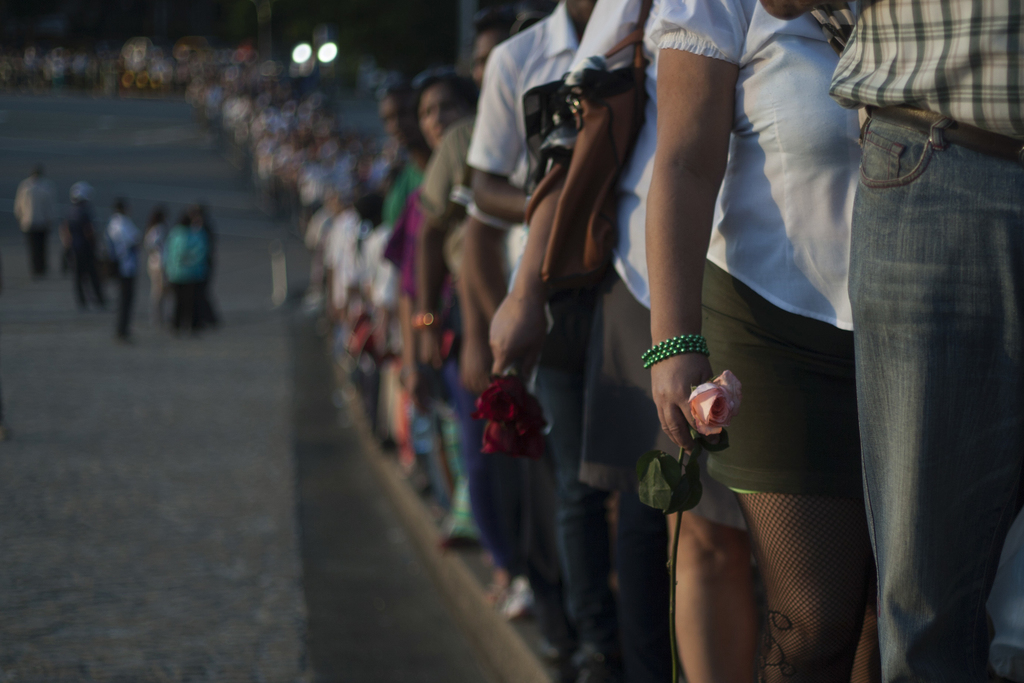 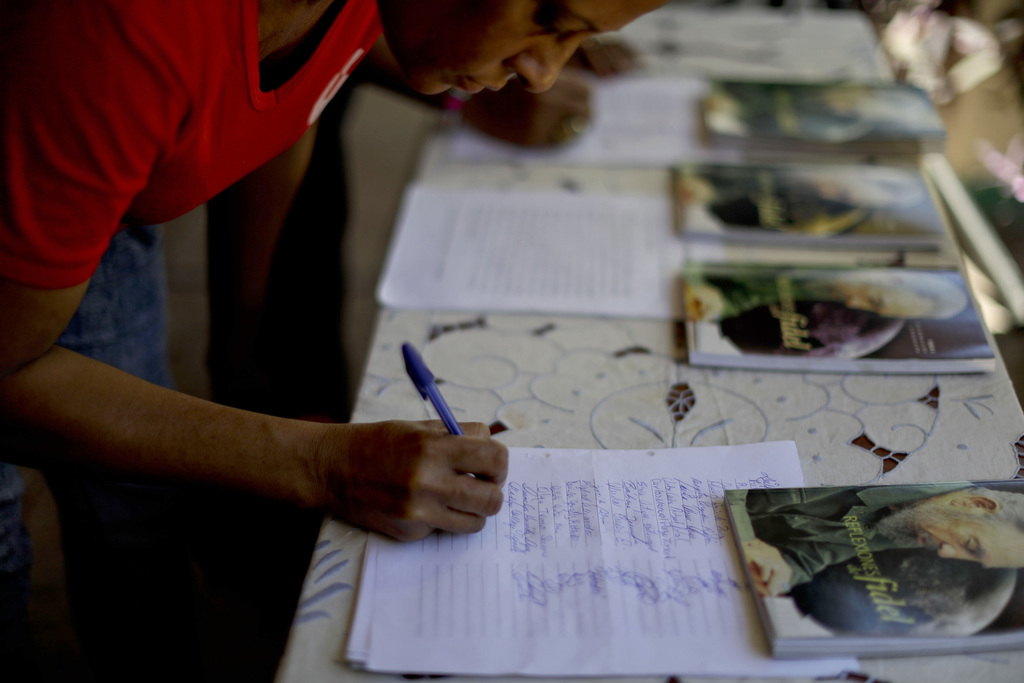 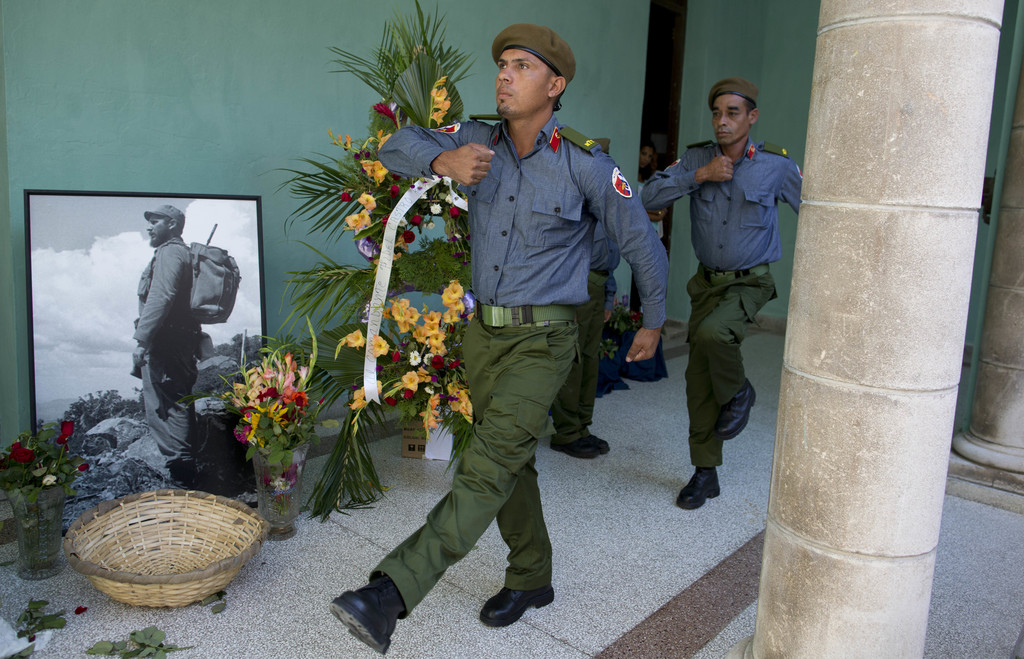 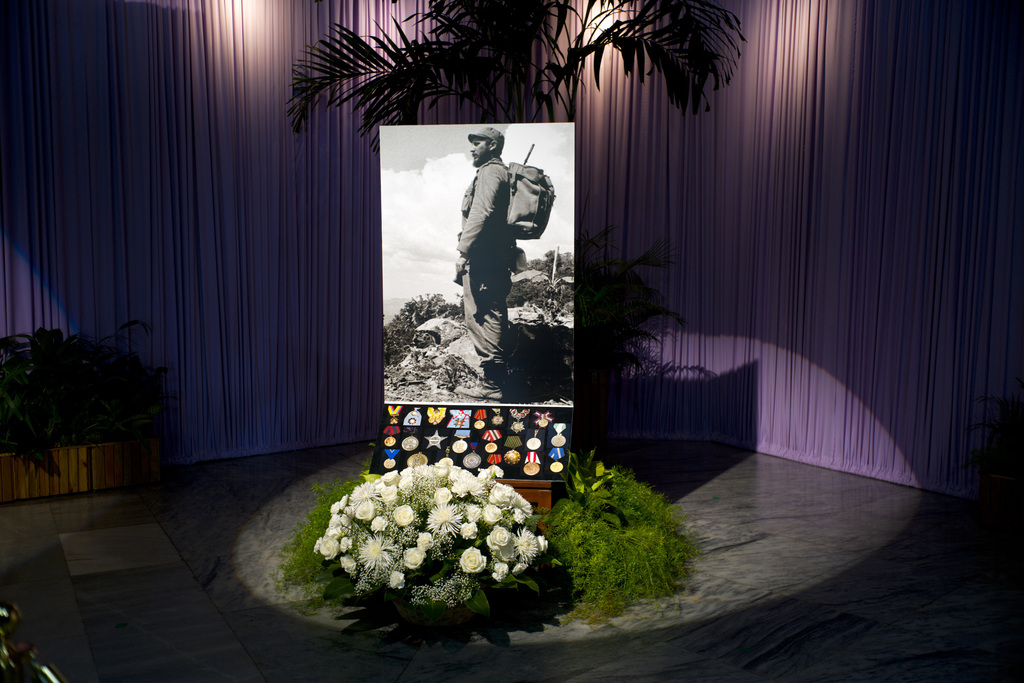 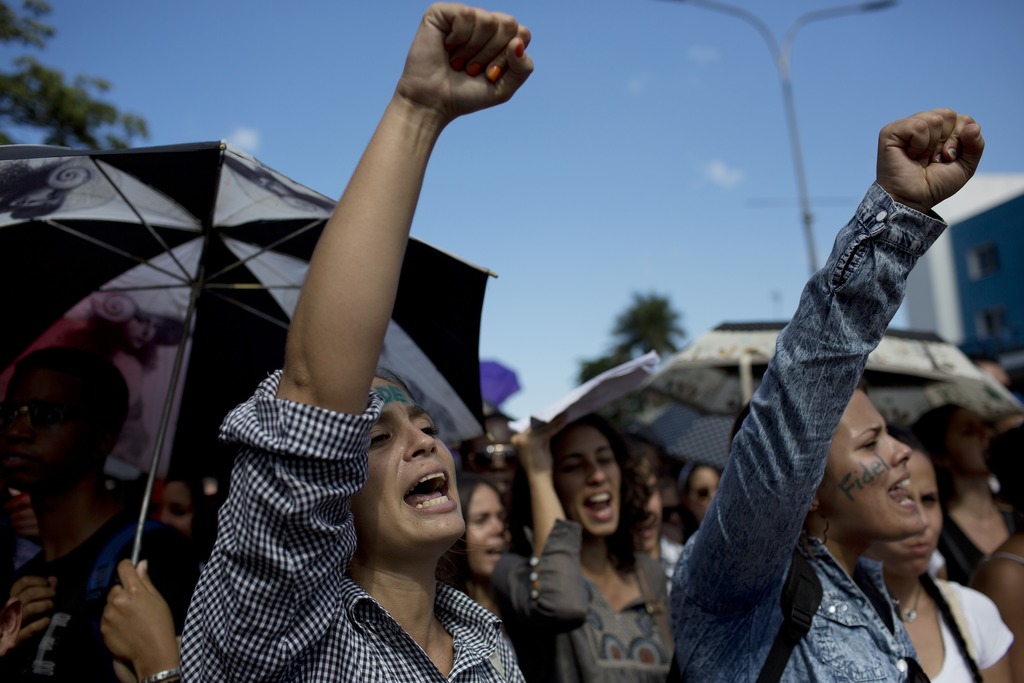 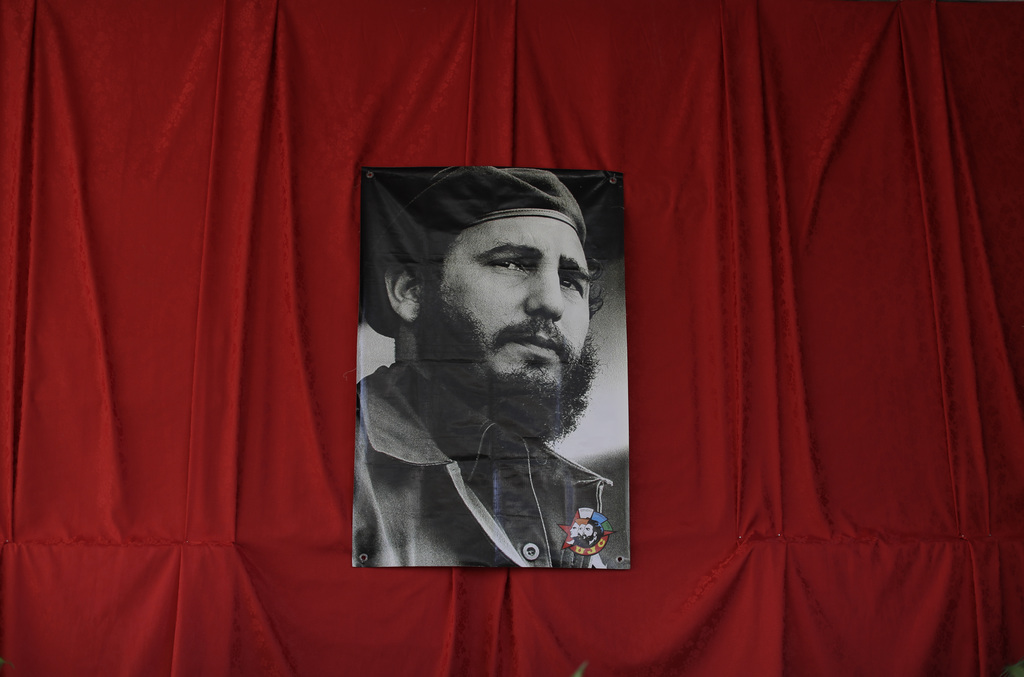 HAVANA (AP) — Schools and government offices will be closed Tuesday for a second day of homage to Fidel Castro, with the day ending in a rally on the wide plaza where the Cuban leader delivered fiery speeches to mammoth crowds in the years after he seized power.

Hundreds of thousands of Cubans have been bidding farewell to Castro, pledging allegiance to his socialist ideology and paying tribute before images of the leader as a young guerrilla gazing out over the country he would come to rule for nearly a half century.

Lines stretched for hours outside Havana's Plaza of the Revolution, the heart of government power. There and across Cuba, people signed condolence books and an oath of loyalty to Castro's sweeping May 1, 2000, proclamation of the Cuban revolution as an unending battle for socialism, nationalism and an outsize role for the island on the world stage.

Tribute sites were set up in hundreds of places across the island as the government urged Cubans to reaffirm their belief in a socialist, single-party system that in recent years has struggled to maintain the fervor that was widespread at the triumph of the 1959 revolution.

Many mourners came on their own, but thousands were sent in groups by the communist government, which still employs about 80 percent of the working people in Cuba despite the growth of the private sector under Castro's successor, his brother Raul.

One of the first in line at the Plaza of the Revolution on Monday was Tania Jimenez, a mathematician who arrived at 4 a.m. carrying a rose.

"Fidel is everything to us, the soul of this country who gave everything, all his life," a tearful Jimenez said.

Sandra Aguilar, a doctor, said her visit to the memorial had two goals: "We came to say goodbye to our commander, (and) to reaffirm our support of the revolution," she said.

After 10 years of leadership by Raul Castro, a relatively camera-shy and low-key successor, Cuba has found itself riveted once again by the words and images of the man who dominated the lives of generations. Since his death on Friday night, state-run newspapers, television and radio have run wall-to-wall tributes to Fidel Castro, broadcasting non-stop footage of his speeches, interviews and foreign trips, interspersed with adulatory remembrances by prominent Cubans.

Inside the memorial, thousands walked through three rooms with near-identical displays featuring the 1962 Alberto Korda photograph of the young Castro in the Sierra Maestra mountains, bouquets of white flowers and an array of Castro's medals against a black backdrop, framed by honor guards of soldiers and children in school uniforms. The ashes of the 90-year-old former president did not appear to be on display.

Signs read: "The Cuban Communist Party is the only legitimate heir of the legacy and authority of the commander in chief of the Cuban Revolution, comrade Fidel Castro."

The scene was played out on a smaller scale at countless places across the country.

At the Jose Antonio Mella school in Ciudad Escolar Libertad, on the western outskirts of Havana, children in golden uniforms and local residents quietly lined up one-by-one to sign the oath. By late morning, there were already more than 1,000 signatures.

Across the street in a community center, retiree Jose Menendez Marquez served as an honor guard while people filed past the photo of Castro. He struggled to keep his chin high as tears rolled down his cheeks.

"There is no one else in the world like Fidel," Menendez said. "He did so many things for the Cuban people, it's incredible, innumerable. He delivered us from misery, from hunger."

Yankemell Barrera, a 20-year-old student, said that Castro wasn't a strong presence in his life and that he wasn't much affected by his death or planning to go to any of the memorial events. He said studying for finals would be a better use of his time.

On Wednesday, Castro's ashes will begin a three-day procession eastward across Cuba, retracing the march of his army of bearded rebels from the Sierra Maestra to the capital. The ashes will be interred Sunday in Santa Ifigenia cemetery in Santiago, Cuba's second-largest city.