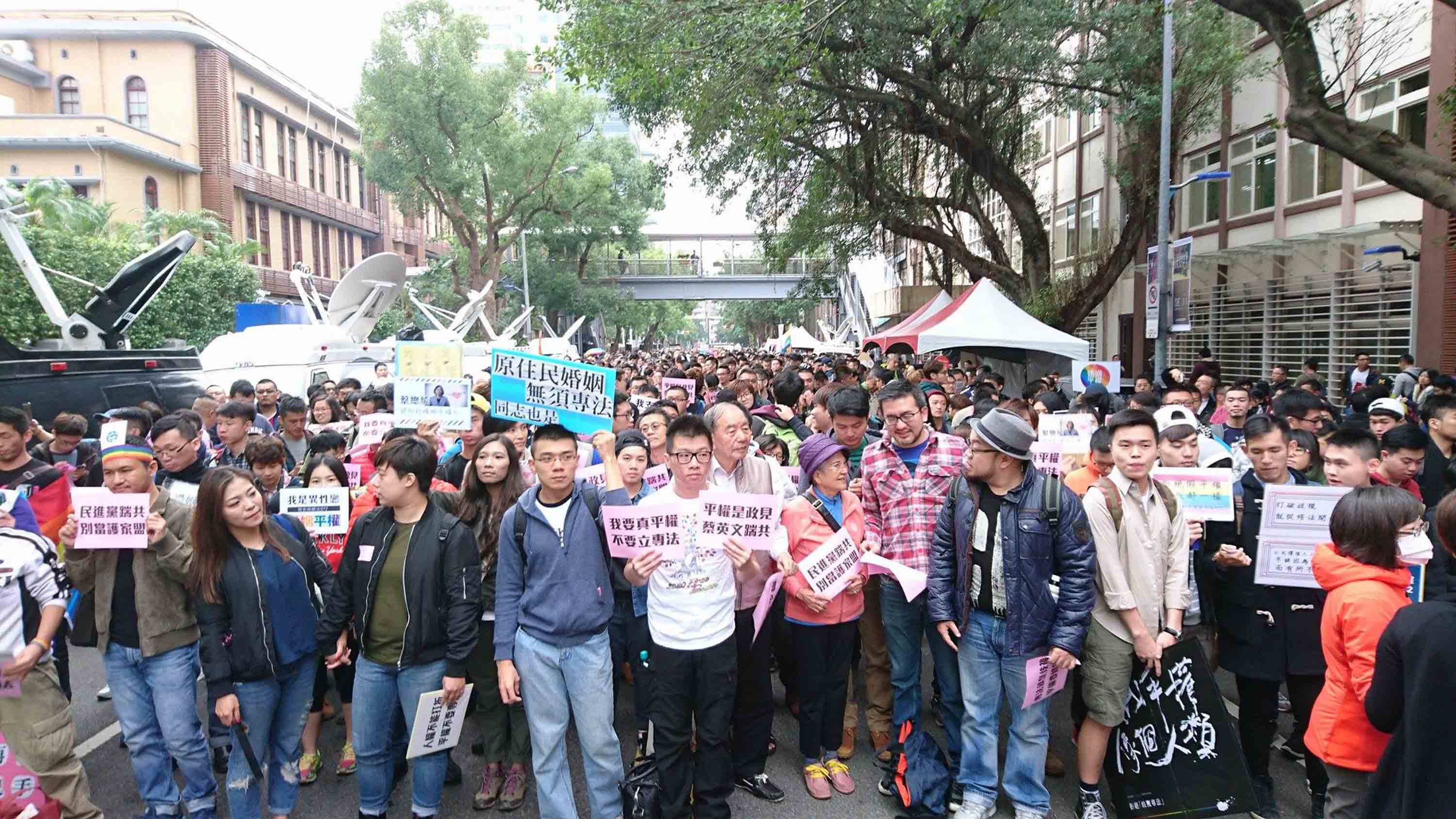 According to the latest poll conducted by the Taiwanese Public Opinion Foundation, 46.3 percent support the legalization of same-sex marriage, while 45.4 percent opposed it, reflecting a starkly divided public opinion on this subject.

You Ying-long, chairman of the Taiwanese Public Opinion Foundation, said that the highly divided poll results show that the society has “zero consensus” on the issue and is not yet ready for such change.

On Monday, over 10,000 activists gathered near the Legislative Yuan in Taipei while the legislative body was holding a public hearing on the marriage equality bill inside the building. Supporters of marriage equality were seen holding placards bearing messages like “Human Rights Can't Be Reduced,” and yelling chants such as "We Want True Equal Rights."