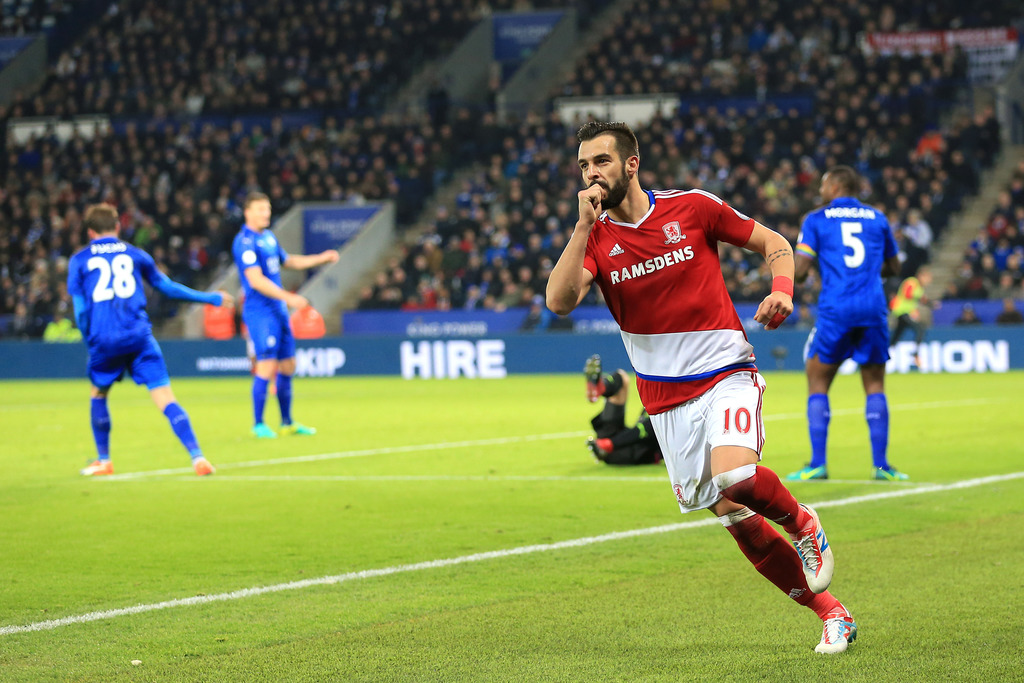 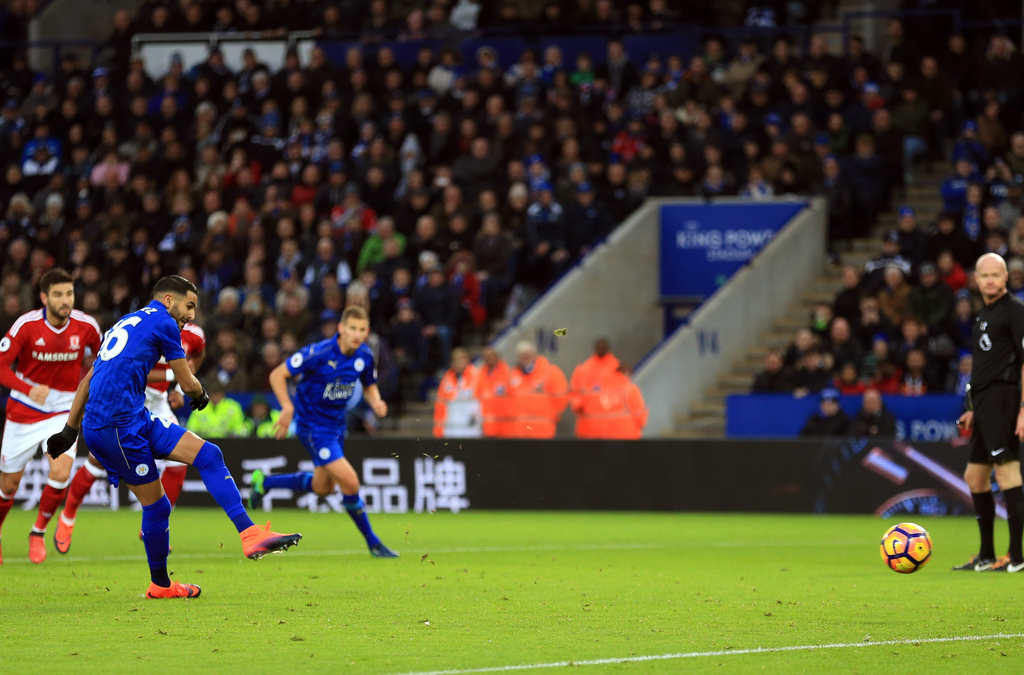 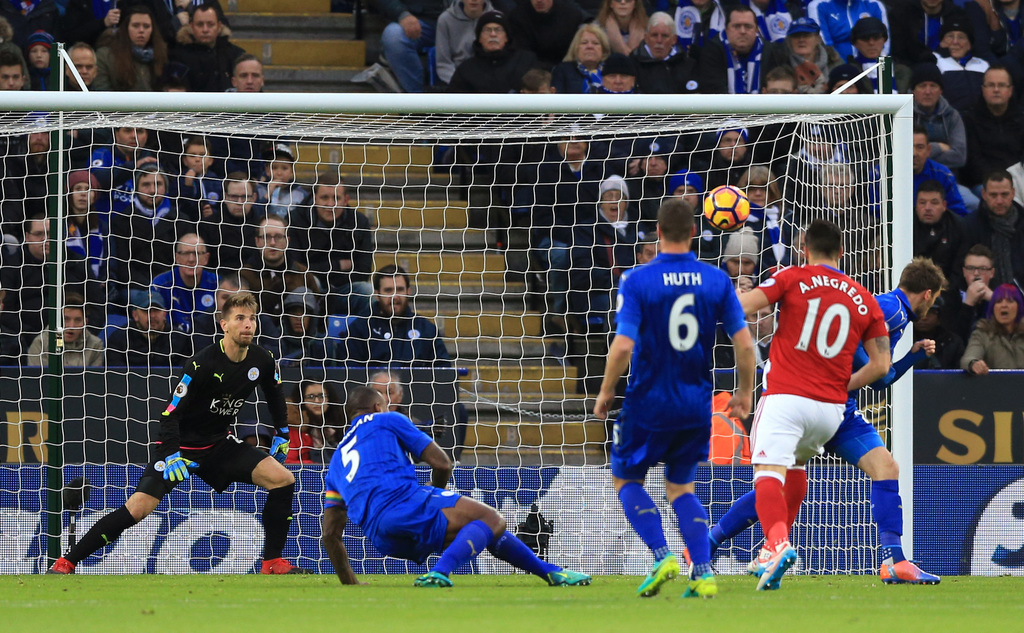 LEICESTER, England (AP) — Islam Slimani converted an injury-time penalty as Leicester snatched a 2-2 draw at home to Middlesbrough on Saturday, the latest disappointing result in the English champion's title defense.

Alvaro Negredo put Middlesbrough ahead twice at King Power Stadium and Leicester replied with two penalties, the first from Riyad Mahrez and then from substitute Slimani in the fourth minute of stoppage time.

Leicester, which qualified midweek for the knockout stage of the Champions League, avoided a third straight Premier League defeat but has only won once in its last eight games and is two points above the relegation zone.

Negredo ended his goal drought stretching back to the first weekend of the season when he met Gaston Ramirez's low cross with a finish from 16 meters in the 13th minute.

Leicester, without the banned Danny Drinkwater, almost equalized from Shinji Okazaki's overhead kick that hit the woodwork but did draw level after Calum Chambers handled the ball in the area. Mahrez's penalty went in off the post for his seventh goal of the season.

The goal transformed the Foxes and Ramirez had to make a goal-saving challenge when he whipped the ball off Jamie Vardy's toes, just as it looked like the striker would end his own 14-game goal drought.

Leicester manager Claudio Ranieri turned to record signing Slimani with 25 minutes left as he replaced Vardy, who was still looking for a club goal since Sept. 10.

Leicester was completely caught out for Negredo's second, which came from Adam Forshaw's ball over the top. The Spanish striker raced into the area and planted a fine angled finish past Ron-Robert Zieler.

Middlesbrough was denied, though, when Morgan was fouled in the box by Marten de Roon and Slimani sent Victor Valdes the wrong way from the spot.