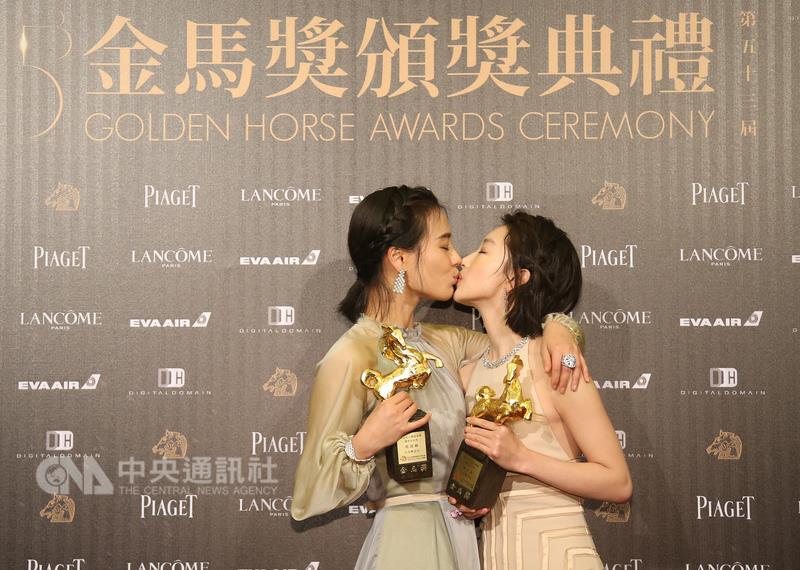 Chinese actresses Zhou Dongyu and Ma Sichun on Saturday shared the Golden Horse Award for best lead actress with their performances in the romantic drama "Soul Mate", about the love and life of two best friends.

"Soul Mate," by Hong Kong director Derek Tsang, is about two best friends Qiyue and Ansheng, played by Ma and Zhou, whose friendship is tested and whose lives take different turns after they fall in love with the same man.

Judges said Zhou's role as the rebellious and contradictory Ansheng successfully captured the audience's attention and played on its emotions, depending on the mood of the character.

Meanwhile, Qiyue appeared to be a more reserved character, but Ma went on to show "stunning contrast" after repressing her emotions, judges said, adding that Qiyue was a difficult character to interpret, with a deep and layered inner world.

"No one in my family is in the film business. I feel that I have really brought glory to my ancestors," Zhou, 24, said in her acceptance speech to laughter from the audience.

"This is the happiest ending for our film because Qiyue and Ansheng have always been one person," said an emotional Ma.

The 28-year-old thanked Zhou, saying "only with somebody good opposite me could there be a good me."

The other best lead actress nominees were Taiwan's Wu Ke-xi for "The Road to Mandalay" and Hsu Wei-ning for "The Tag-Along", as well as China's Fan Bingbing for "I Am Not Madame Bovary".