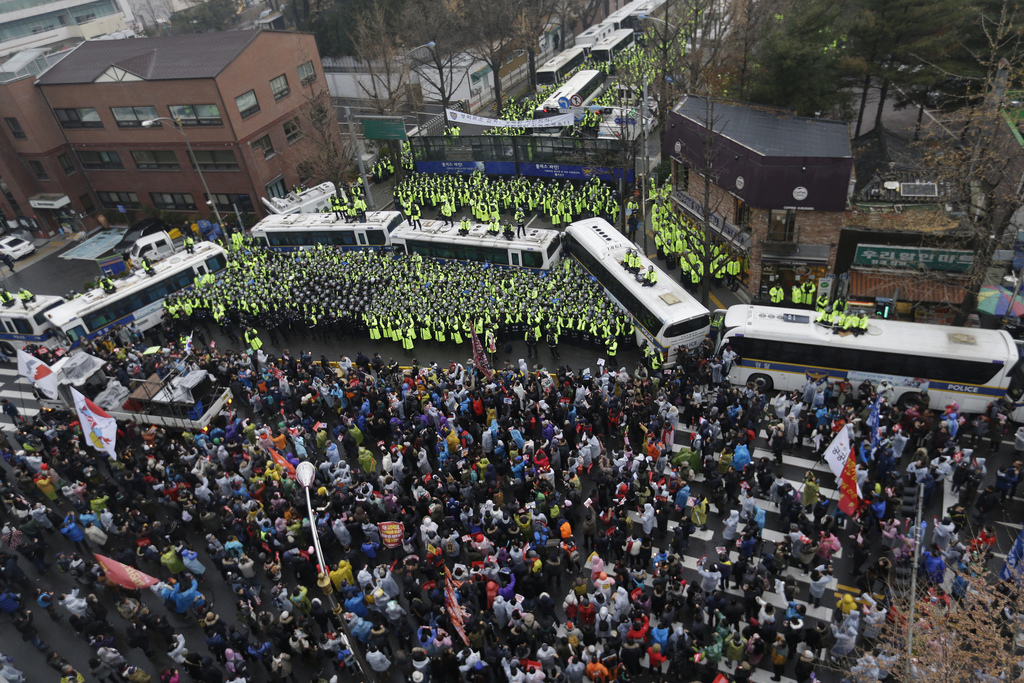 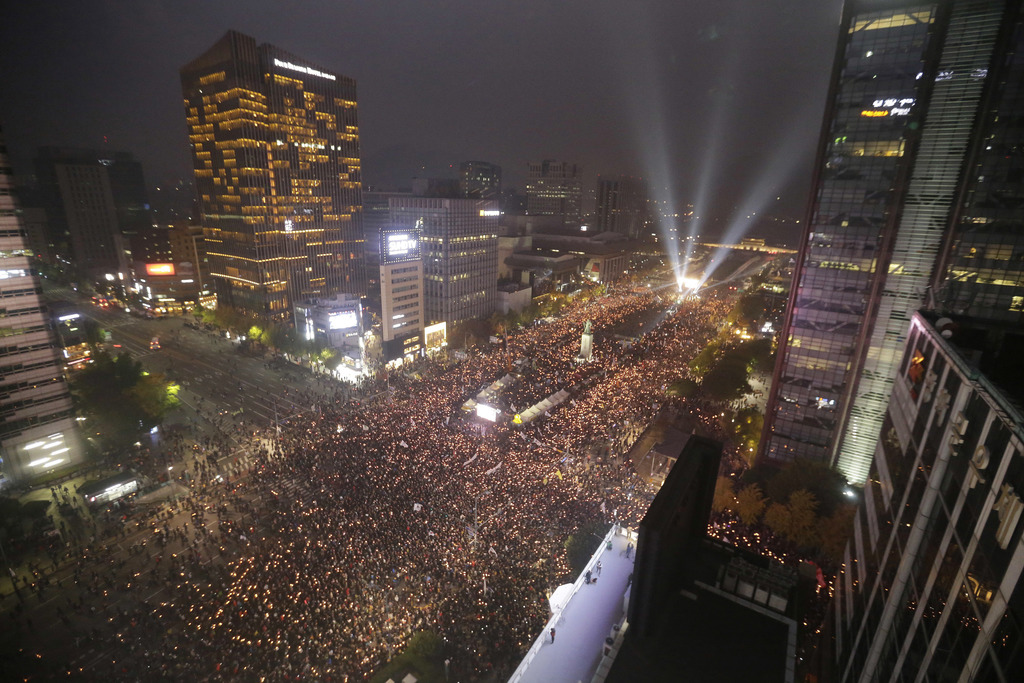 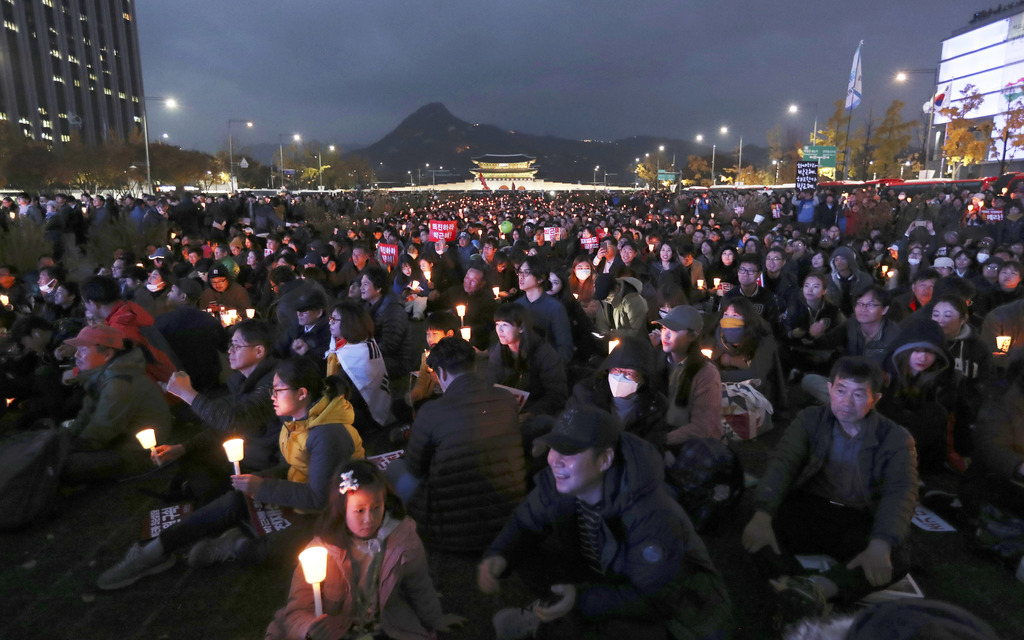 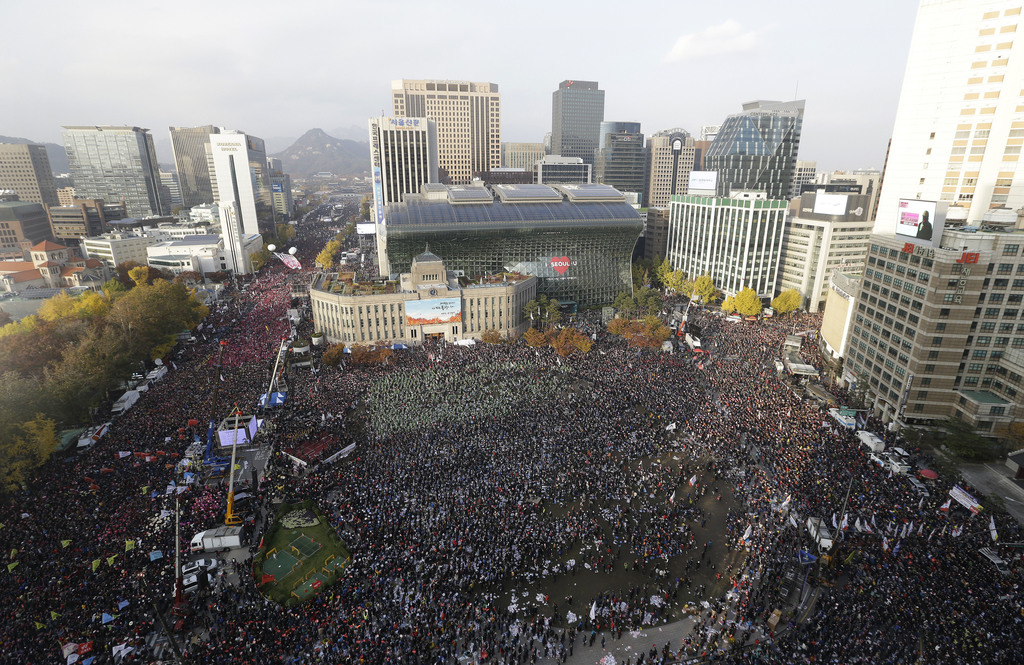 SEOUL, South Korea (AP) — South Korea is seeing its biggest wave of street demonstrations in decades, but nobody is sure how many people are taking to the streets each week.

For the fifth straight weekend, masses of protesters occupied major avenues in downtown Seoul on Saturday demanding the ouster of President Park Geun-hye. She is suspected of helping in the criminal activities of a secretive confidante who is accused of manipulating government affairs and extorting companies to build an illicit fortune.

The rally renewed what has become a weekly back-and-forth between police and protest organizers, whose crowd estimates have differed widely. Police said about 260,000 people turned out on Saturday, while organizers saw it at 1 million.

There are many challenges for counting the number of protesters. The rallies stretch from midday to late night — some people stay for several hours, others just several minutes. The demonstrators not only gather in open space, but also small alleys and between buildings. Some of them are constantly moving.

A look at how police and protest organizers size the crowds at protests, and also how South Korean scientists and a technology company are exploring new ways to more accurately measure the number of protesters:

POLICE: MEASURING THE CROWD AT ITS PEAK

While the protest in Seoul on Nov. 12 might have been the largest since South Korea freed itself from dictatorship three decades ago, it's unclear how big it actually was. Police saw the crowd at 260,000, while organizers say 1 million turned out.

For the police, the aim is to measure the maximum crowd occupying a certain space at any given time so that they could determine the size of police personnel and resources to deploy, according to an official from the Seoul Metropolitan Police Agency, who didn't want to be named, citing office rules.

Police presume that, when sitting, six people would fill a space of 3.3 square meters (36 square feet), or 1 "pyeong," the aerial unit commonly used in South Korea. The same area would hold nine or 10 people when standing, police said.

Based on this, police consider the 32,100-square-meter (345,525-square-foot) boulevard in front of the Gwanghwamun palace gate, which has been the center of the protests, as accommodating close to 600,000 people when fully packed.

Critics say the police model understates the actual number of demonstrators because it fails to track people moving in and out of the area during the duration of the protest, and is ill-equipped to measure protesters in non-open space, such as sidewalks and alleys between buildings.

ORGANIZERS: TRACKING EVERYONE WHO CAME AND WENT

Han Seon-beom, one of the protest organizers, admits outright that their measurements aren't scientific, but still argues they are more reliable than police numbers.

Organizers seek to track the entire flow of people from the protest's start to its finish. They collect estimates given by counters deployed at different locations to size up the crowds in each area and update the numbers throughout the duration of the protest.

They try to account for the people on the sidewalks, spaces between buildings and also those moving in and out of nearby subway stations and restaurants, Han said.

The numbers of participants reported by organized groups, such as labor unions, are also put into account.

Zoyi Corp. deployed about 60 people, each carrying a backpack with the company's Wi-Fi signal-detecting sensor, to the rally on Nov. 19.

They collected Wi-Fi and Bluetooth signals from smartphones for about seven hours from 2 p.m. at 53 spots and found about 369,372 smartphones that had their wireless signals on during the rally.

The company presumed that about half of smartphone users usually leave their Wi-Fi feature on and the other half switch it off, based on a separate survey on smartphone usage. It also assumed that about 20 percent of the smartphone signals were repetition from the same device. Based on this, Zoyi concluded that about 738,700 people joined the rally.

"The limitation of our method is that it can measure only those who kept their phones' Wi-Fi signals on," said An Nahyun, the company's chief operating officer.

Some scientists strived to improve accuracy by drawing methods from their own field. In general, they conclude that the protests must be larger than the police estimates.

Based on his own observation at the past rallies, Park assumed that at least half of the demonstrators did not bring a candle. He added the number of candles in the photo to the possible number of people without a candle and drew a conclusion that about four people were occupying 1 square meter (11 square feet) at the rally.

That means that the number of people occupying avenues, streets and alleys near the presidential office could range from 500,000 to 700,000 when the areas are packed, he said. The limitation of Park's estimate is that it cannot count the candles hidden behind other people or objects.

Another scientist suggested a way of measuring the crowds' movement.

Assuming that about 10 percent of the area at the rally is used as passageways for people who are moving, and also assuming that each person moves every 0.3 second, the number of people who came and left the Nov. 12 protest would have been three times larger than the police estimate, according to Won Byung Mook, a science and engineering professor at Sungkyunkwan University.

"There are many limitations in this method because it is based on assumption, not on vetted data," he said.