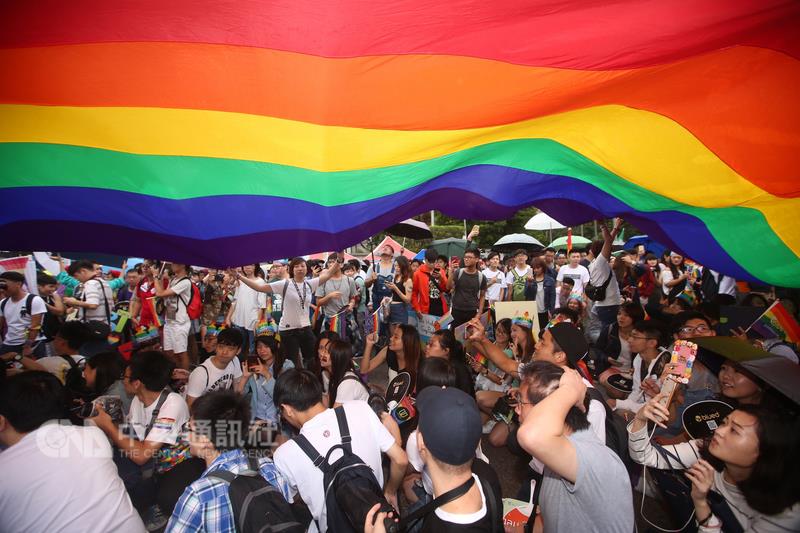 The Legislative Yuan is in the middle of reviewing legislative proposals which could legalize same-sex marriage, though opponents managed to slow down the process by demanding and receiving two extra public hearings on the subject.

In an opinion piece by its editorial board Friday, the New York Times said Taiwan’s gay rights movement had “built enough political support” to make passage possible early next year.

“President Tsai Ing-wen, who came into office last spring, supports legalizing same-sex marriage, and she has argued that doing so would strengthen society,” the leading U.S. newspaper wrote, adding that the issue also had won the support of politicians from all major opposition parties.

The New York Times quoted Democratic Progressive Party legislator Hsiao Bi-khim as saying that 56 out of 113 lawmakers are in favor, just one short to make it pass during the legislative session beginning next February after the Lunar New Year holiday.

The newspaper said there was no need for the referendum that opponents demanded if lawmakers studied the example of countries where same-sex marriage has been legalized for several years.

“Taiwan should become another nation to recognize that love is love, regardless of sexual orientation,” the New York Times article concluded.

By coincidence, an estimated 10,000 were marching through the streets of Kaohsiung Saturday in the second city’s seventh annual gay rights parade.

While the figure was far lower than the more than 80,000 reported at a similar event in Taipei City last October 29, but the Kaohsiung City Government also raised the rainbow flag on its building.

According to the Chinese-language Apple Daily, married heterosexual couples brought their children along and told reporters that same-sex couples should enjoy the same rights, while a high-school teacher marched topless with her nipples covered in stickers reading “homophobia is unconstitutional.” 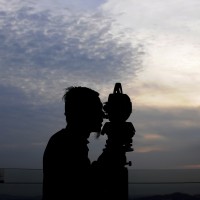 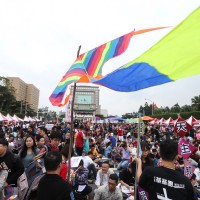 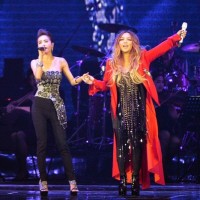 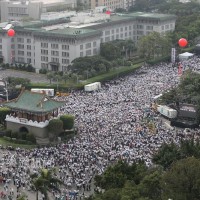 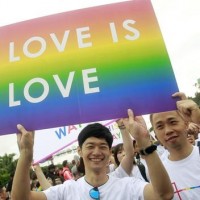