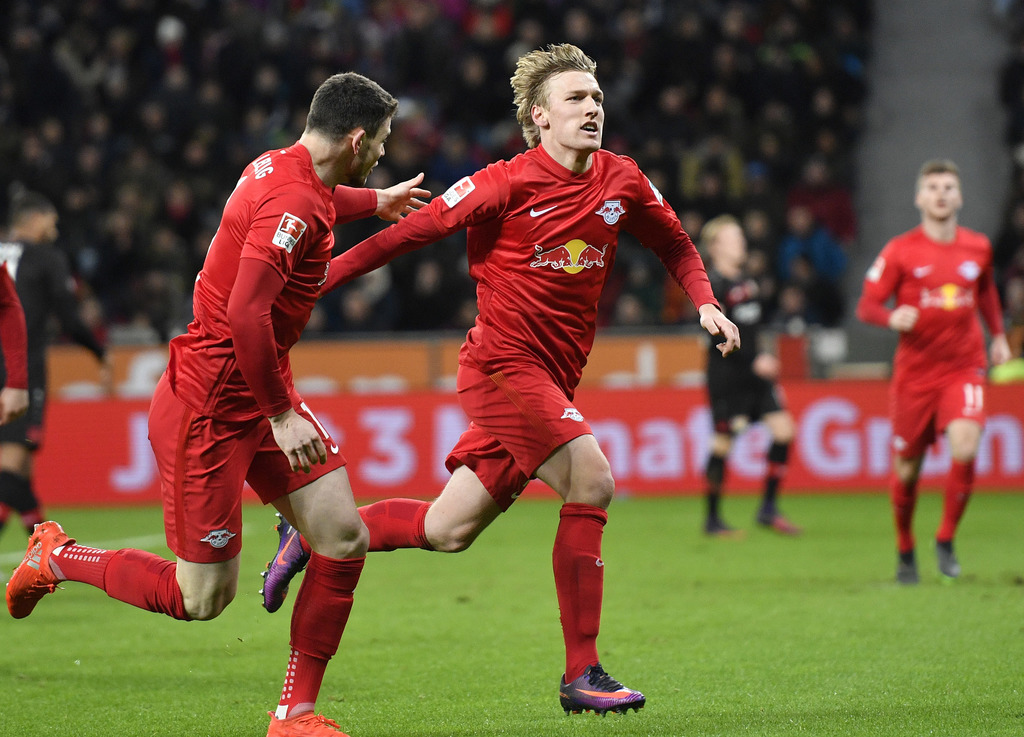 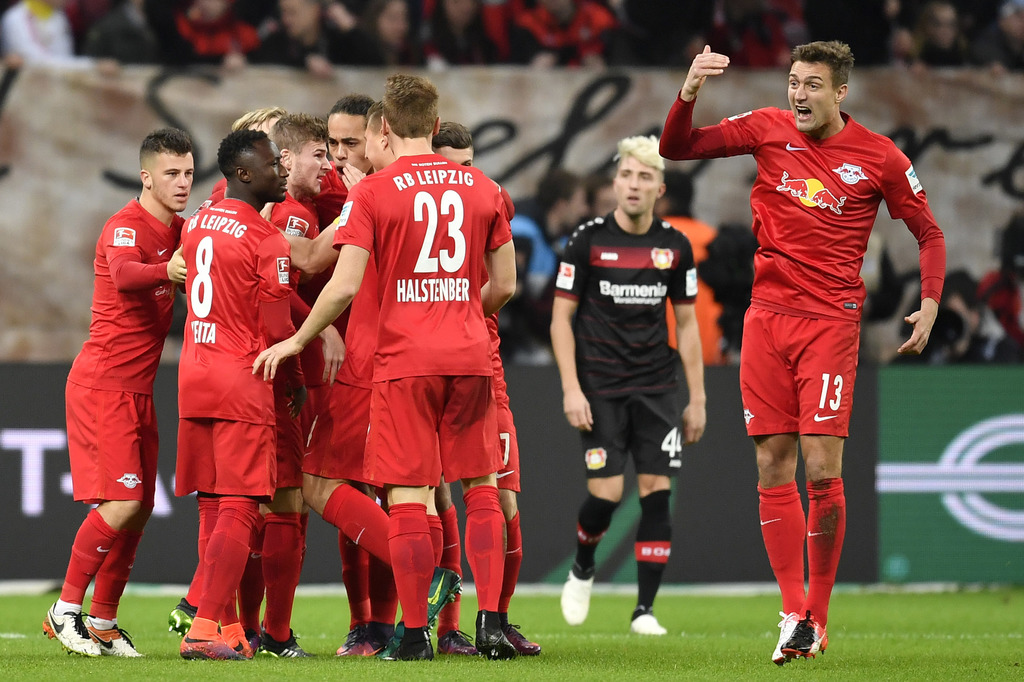 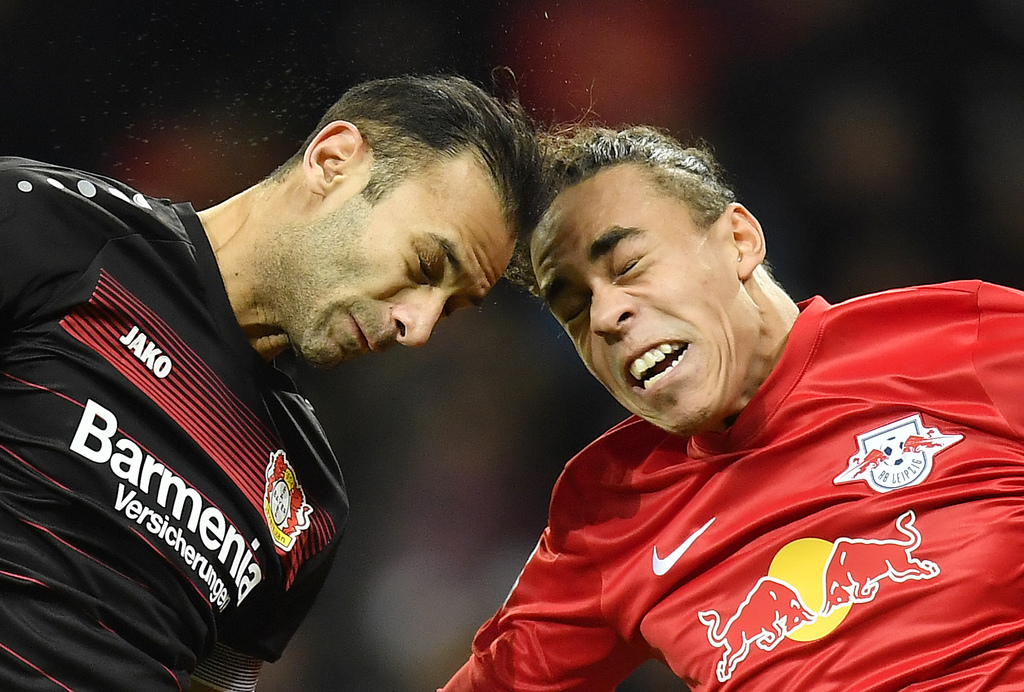 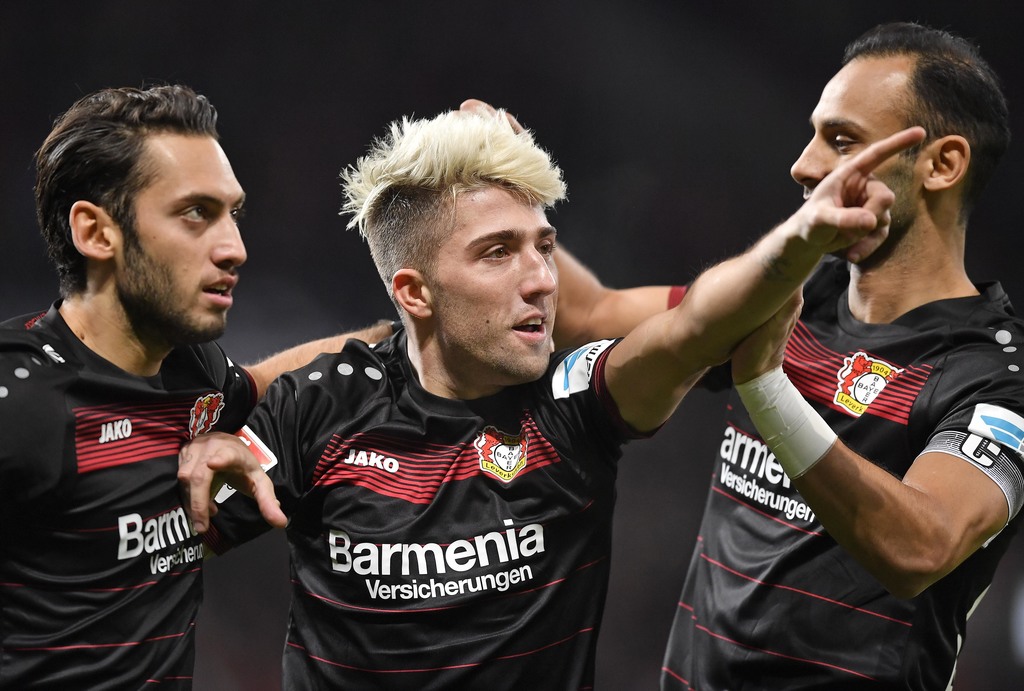 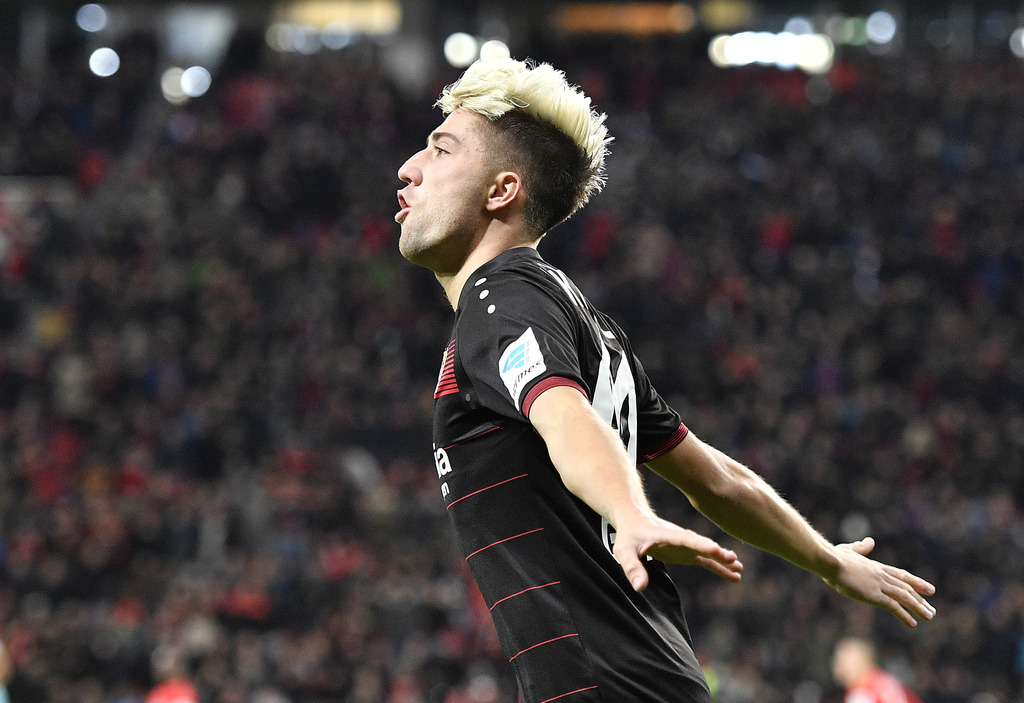 FRANKFURTER, Germany (AP) — In one of the most startling developments in European football this season, newcomer RB Leipzig stormed to the top of the German Bundesliga on Friday by coming from behind twice to earn a 3-2 win at Bayer Leverkusen.

In the process, Leipzig also set a Bundesliga record by staying undefeated in its first 11 matches after promotion. The team has won six straight games.

Leipzig opened a three-point lead and will remain ahead at least until Saturday, when Bayern Munich has a tough match at Borussia Dortmund. Bayern needs to win to stay even on points with Leipzig.

"Leader, leader," shouted a group of Leipzig supporters after the final whistle.

Leipzig fell behind a minute into the match but replied quickly and Willi Orban got the winner in the 81st minute.

Before the match, about eight masked people stopped the bus carrying the Leipzig team to the stadium by falling to the ground and then throwing paint at the windshield. The assailants then fled, according to Leverkusen media director Meinolf Sprink.

The Leipzig team has been the target of hostile actions by opposing fans, who object to the team's commercial links to Red Bull, an Austrian maker of energy drinks.

The match got off to a fast start, with Leverkusen scoring one minute in. Julian Brandt broke through on the left flank unchallenged and sent a low cross to the far post, where Kevin Kampl tapped it in.

It didn't take Leipzig long to recover and its pressure produced a corner. Emil Forsberg took it and Julian Baumgartlinger, under pressure from Marcel Sabitzer, saw the ball late as it hit him in the hip and bounced into the net for an own goal three minutes later.

But the pace slowed down noticeably after the bright start and there were few chances on either side until Brandt scored deep into stoppage time. Hakan Calhanoglu sent a long ball to the edge of the area, Brandt controlled it well and fired into the roof of the net.

Calhanoglu wasted a penalty in the 54th, after Stefan Ilsanker had upended Brandt. Calhanoglu took the spot shot but Peter Gulacsi dived to his left to parry.

Forsberg equalized in the 67th, after a solo run down the middle, before firing from about 20 meters. Leverkusen goalkeeper Bernd Leno got his hand on the ball but could not keep it out.

The winner came after Kampl could not control a ball in his half. Forsberg swung a cross to the far post, where Orban rose to head in the winner.