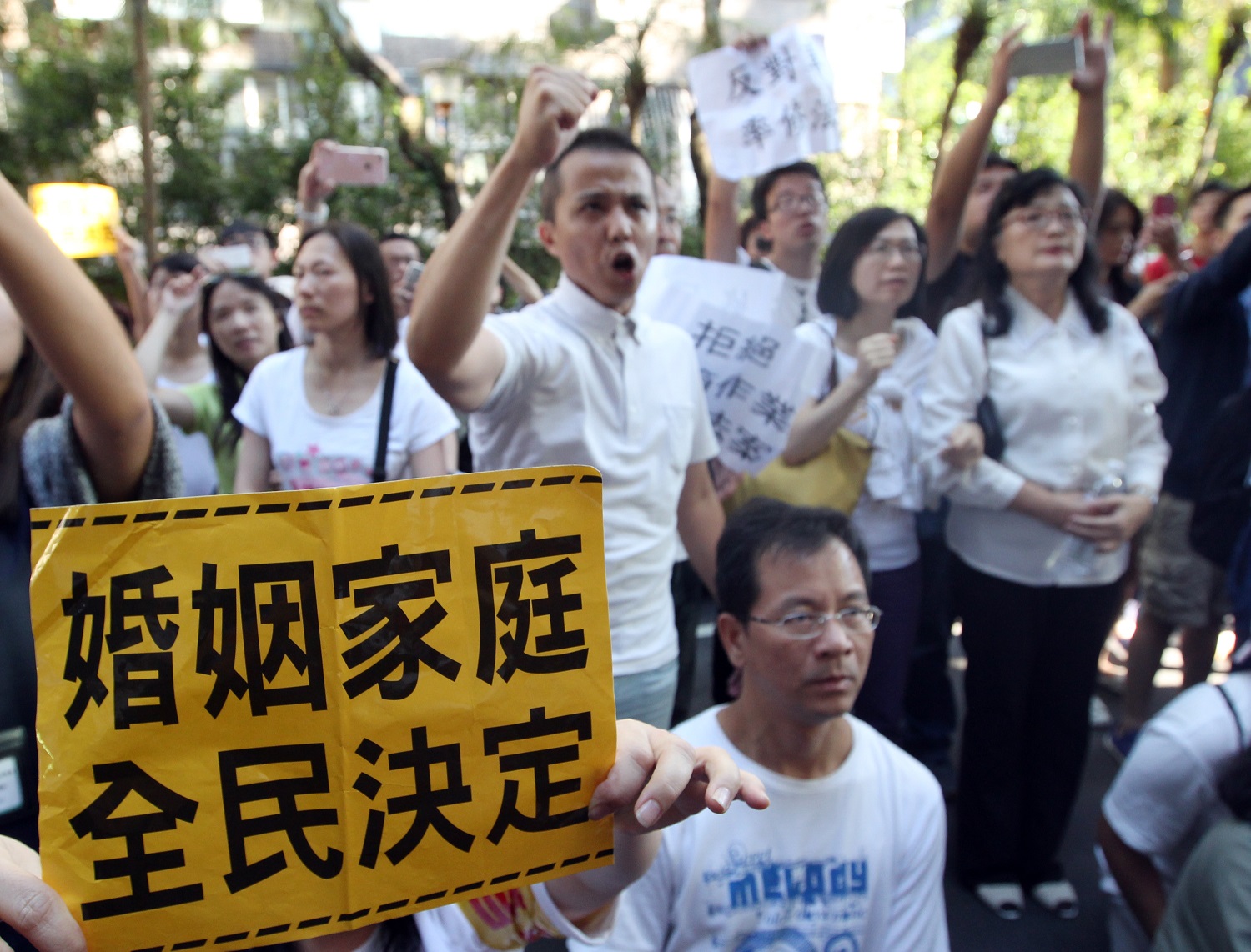 TAIPEI (Taiwan News) – The ruling party lawmaker in charge of handling same-sex marriage amendments decided Thursday to give in to opposition demands for hearings before a review, following a day of clashes inside and outside the Legislative Yuan.

The Legislature’s Judiciary and Organic Laws and Statutes Committee had been scheduled to review proposals to make Taiwan the first country in Asia to legalize same-sex marriage, but confrontations between ruling camp and opposition inside and between protesters and supporters outside derailed the plan.

Democratic Progressive Party legislator Yu Mei-nu eventually gave in to opposition Kuomintang demands to schedule one hearing under the chairmanship of a KMT lawmaker next week and one led by a DPP colleague the week after. Only after those hearings were completed could the committee do the work that had been originally scheduled for Thursday, namely review the amendments item by item.

Earlier in the day, the DPP majority on the committee had voted down KMT proposals for the postponement of the review and for the scheduling of hearings. However, KMT legislators stormed to the front of the room and reportedly ripped out microphones, making further action on the issue impossible.

During the afternoon, a question-and-answer session about the proposed amendments was disrupted when dozens of opponents of gay marriage entered the premises of the Legislative Yuan. A minority of them succeeded in moving into another area, but was repelled by police.

In the evening, Yu announced that because she wanted to avoid more social confrontation, she was agreeing to the plan for hearings. The accord between the parties also included a ban on boycotts and a plan to complete the review by the end of the present legislative session, reports said.

Occupiers of the legislative grounds said they had wanted 30 hearings, but they agreed to leave the area after KMT legislators explained the situation.