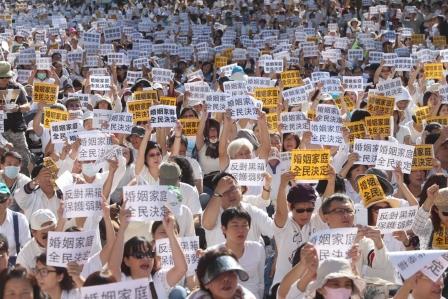 Both anti- and pro-gay marriage protesters are demonstrating in front of the Legislative Yuan on Thursday as the same-sex marriage bill was sent for review.

Hundreds of people took to the streets in Taipei days after the first reading to protest against what they claimed as a “hasty legislative process” and called for a referendum on the issue.

The bills were carried over to the legislative session on Thursday morning for review, while both anti and pro-gay marriage protesters gathered again in front of the Legislative Yuan, with some holding signs with slogans like “Marriage, Family, Let the People decide.”

If the amendments were passed into law, Taiwan would become the first country in Asia to legalize same-sex marriage. 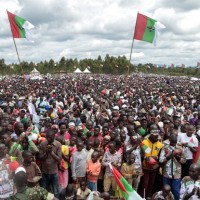