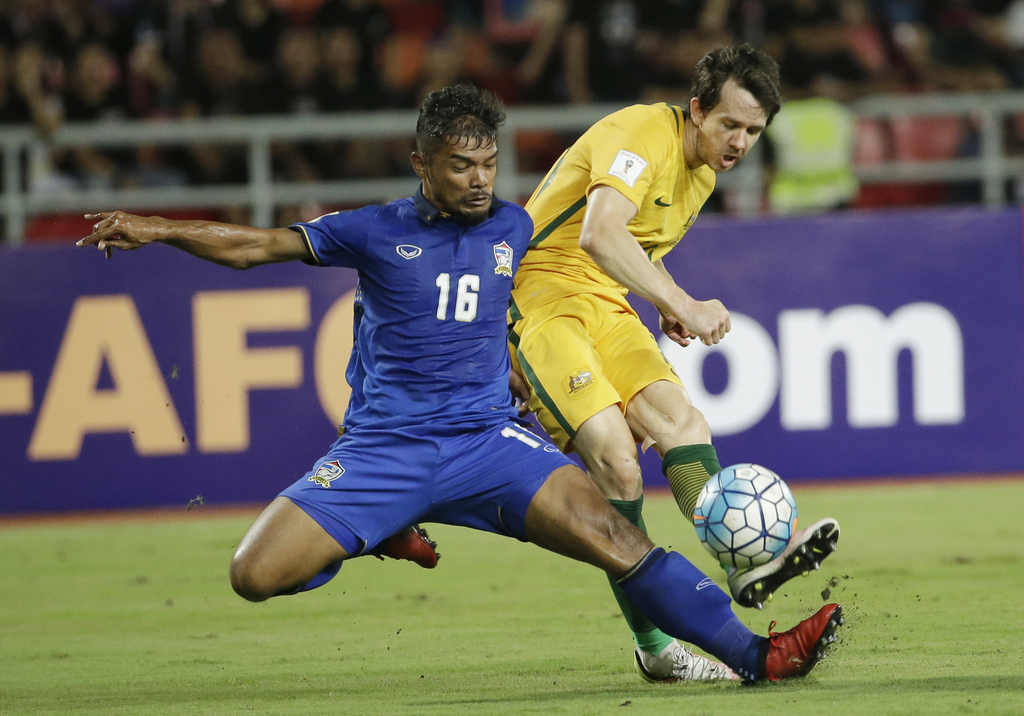 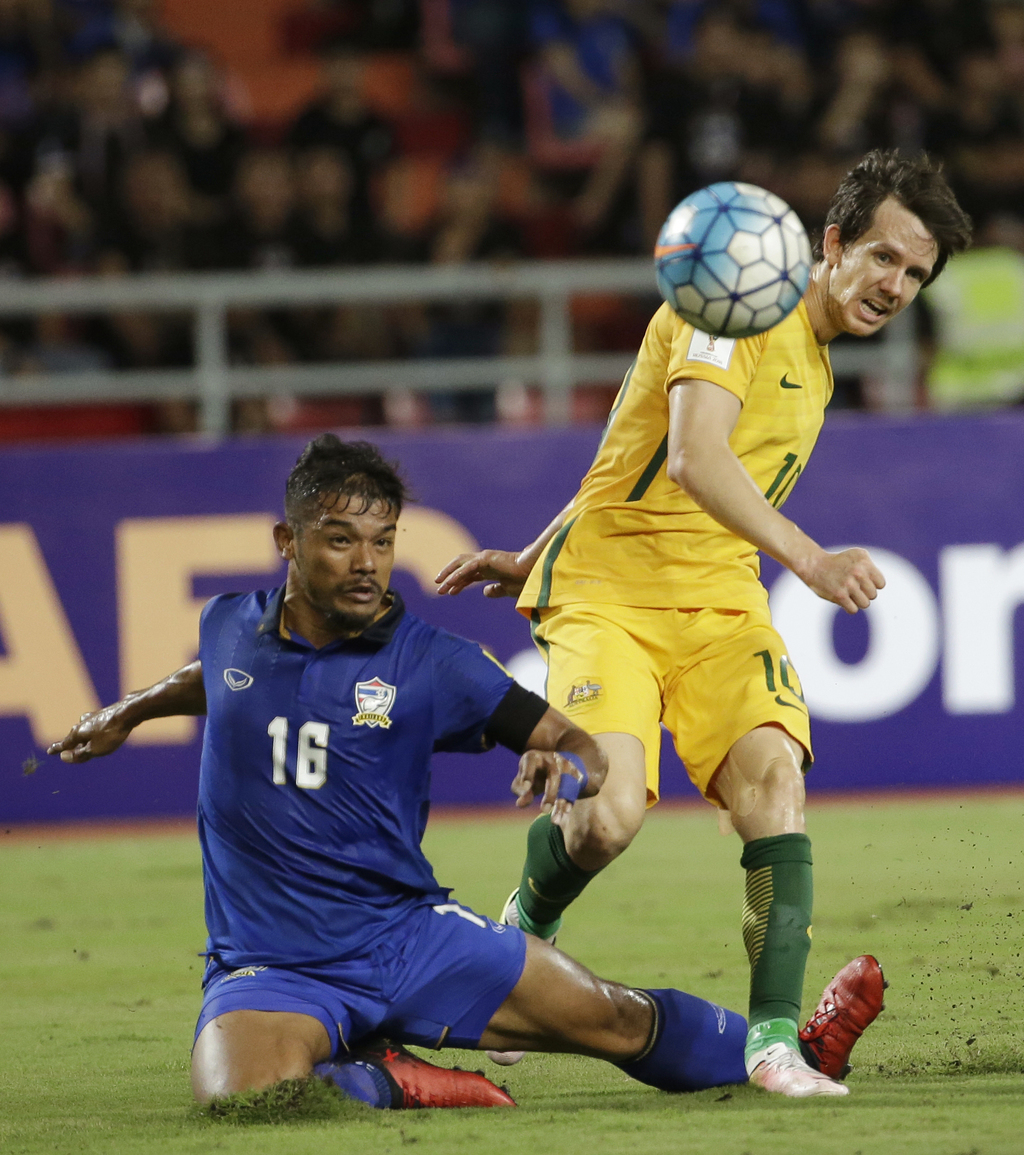 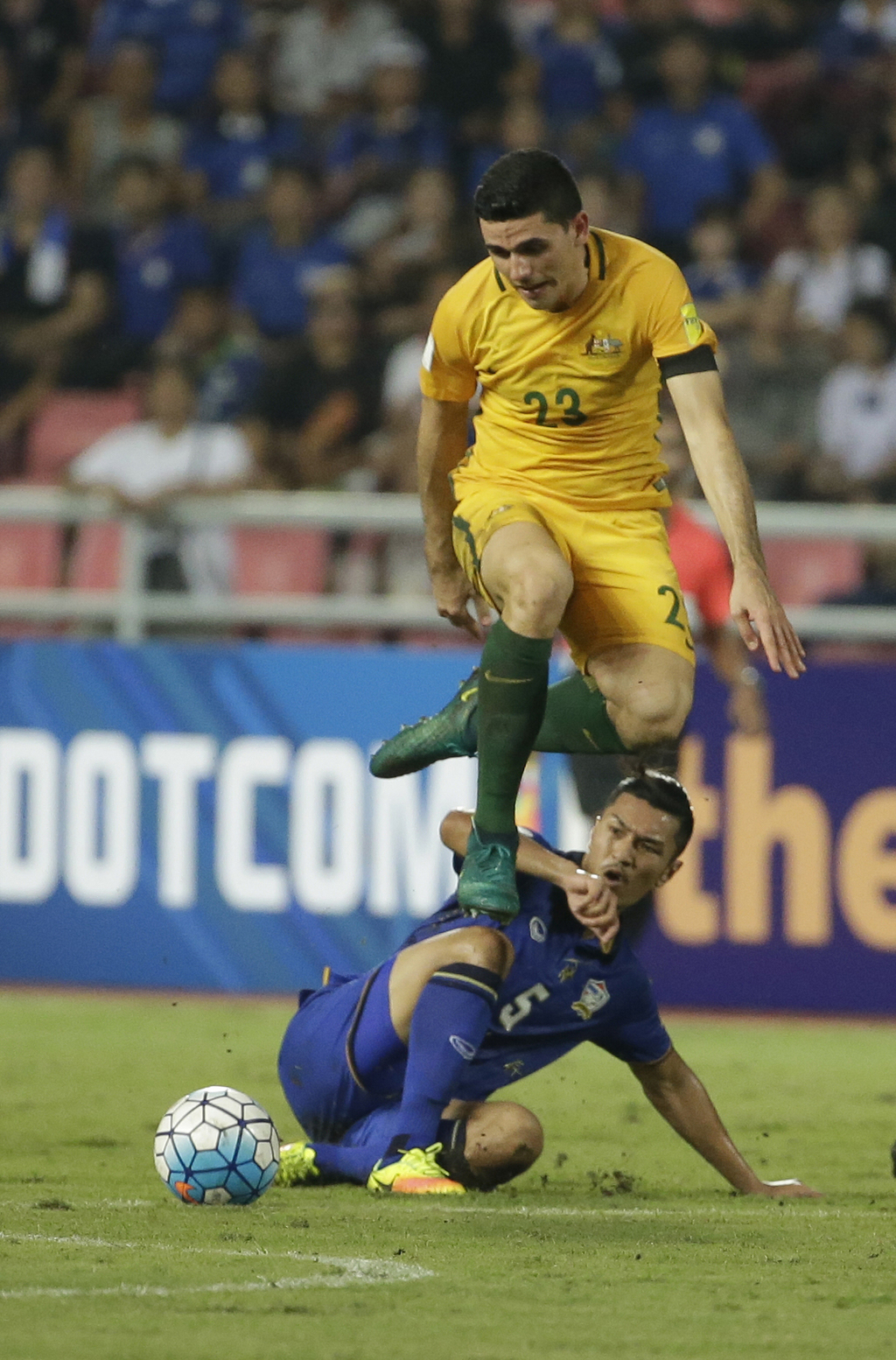 BANGKOK (AP) — There were times when the World Cup qualifier between Thailand and Australia felt like a game of football, and there were other times when it seemed so much more.

A day after the end of the official mourning period following the death of King Bhumibol Adulyadej — during which public entertainment and celebrations were banned — the game was a chance for the Thai public to cheer, chant and celebrate after a month of strictly observed mourning.

Most of the fans at Rajamangala Stadium on Tuesday were still dressed in black, and the Thai royal anthem was played and enthusiastically sung by the crowd. There was a minute's silence prior to kick-off, and prior to the game, a group of supporters combined outside the ground to form the Thai numeral for nine, marking the late king's position in the Chakri dynasty.

Those formalities completed, the informal and spontaneous outpouring of patriotic support took over, and rarely has the Bangkok stadium heard celebrations as loud as those which greeted Thailand's two goals.

They were not enough to secure victory, but were sufficient for a 2-2 draw against a team on track for a fourth consecutive World Cup appearance.

It was the first point for Thailand in the final stage of Asian qualifying, following four successive losses, and while a place at Russia 2018 remains a long shot, the avoidance of defeat on such an occasion was important.

"I am disappointed with a draw," Thailand coach Kiatisuk Senamuang said. "The players fought 100 percent for this game, but Australia is a very good team.

"This point we want to give to His Majesty for giving us the spiritual support for this game. I am very happy this point can bring some happiness and a smile to all Thai fans."

It was a game decided chiefly from the penalty spot. Australia captain Mile Jedinak slotted two spot kicks — the first in the ninth minute for a handball and the second in the 65th on a contentious referee's call for holding as Australia took a free kick in an attacking position.

Thailand's opening goal, in the 20th minute, resulted from panicked Australian defending that set up Teerasil Dangda for a tap-in for close range. Thailand went ahead in the 56th with a penalty following a collision between Mathew Leckie and Thai captain Theerathon Bunmathan.

Teerasil sent the keeper the wrong way for a short-lived lead that had Thai fans briefly anticipating a memorable victory.

Australia coach Ange Postecoglou was frustrated by what he considered two points dropped, but acknowledged Thailand was an inspired team.

"It was a big occasion for them and they rose to that occasion," Postecoglou said. "With the special occasion, we knew they would play with a lot of passion and heart, and they certainly did that. We knew they could be a danger."

With the top two teams in both Asian qualifying groups going through to Russia, Australia is in third, a point behind co-leaders Saudi Arabia and Japan. With three of the remaining five games at home — and one on neutral territory against Iraq — Postecoglou was confident of Australia's chances.

"We've had three tough road trips and we haven't lost a game," Postecoglou said. "The back half of our program is very good, so we can finish strongly."