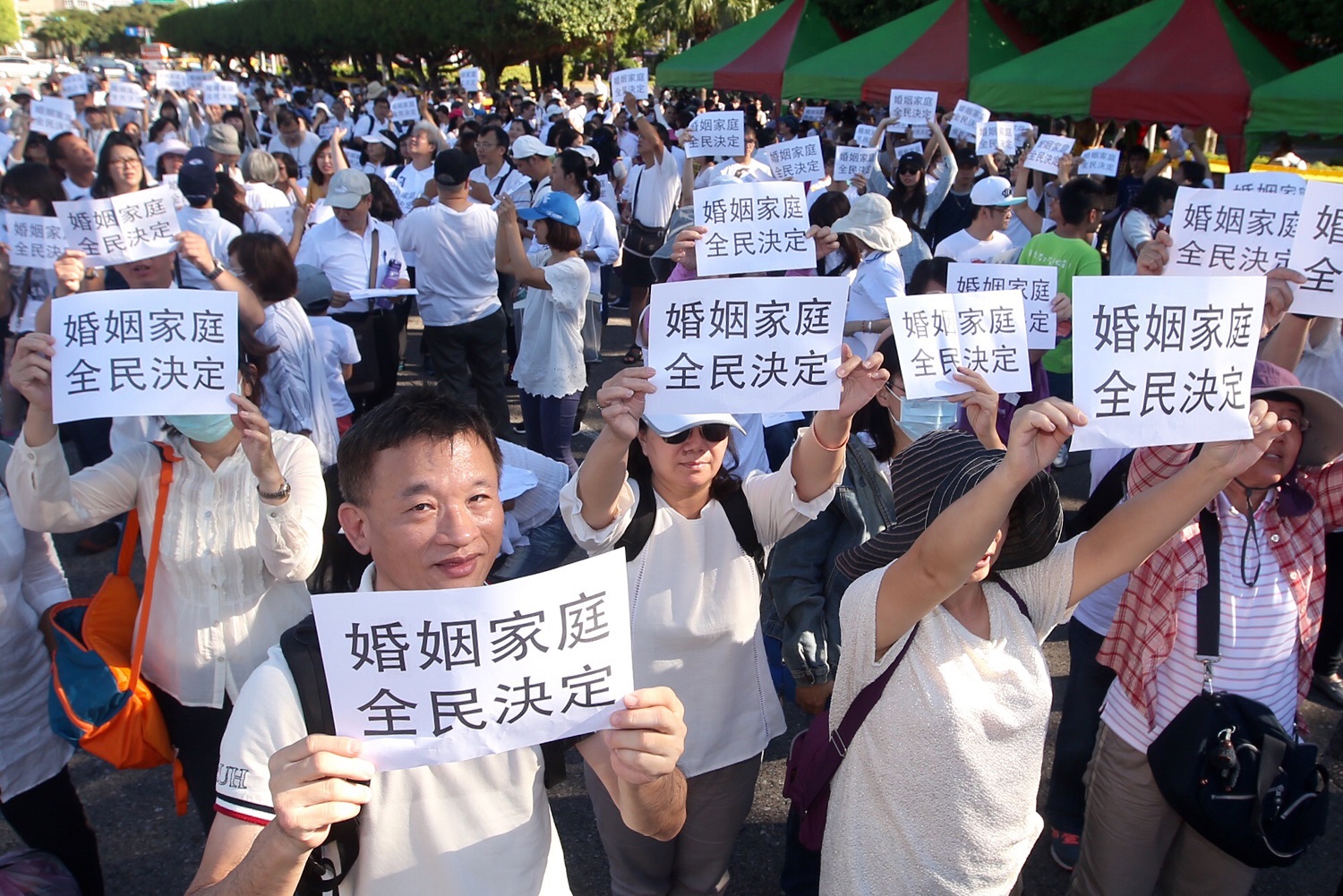 Hundreds of people took to the streets in Taipei Sunday to protest against a draft bill to legalize same-sex marriage in Taiwan and called for a referendum on the issue.

In the second day of the rally, protesters gathered on Ketagalan Boulevard in front of the Presidential Office in a rally that was organized by anti-gay marriage groups, including the Happiness of the Next Generation Alliance.

Catholic priest Chen Ko (陳科), secretary-general of the Chinese Regional Bishops' Conference, said same-sex marriage has great impact on society and the enactment process should be carried out prudently and should not be left to a small number of legislators.

Most people just don't know the impact of the draft bill, Chen said, adding that the issue should be widely and publicly discussed so people can gradually find a consensus in society.

Two draft amendments to the Civil Code cleared the first reading in the Legislature on Nov. 8, reviving an effort to legalize same-sex marriage in Taiwan.

If the amendments were passed, Taiwan would become the first country to legalize same-sex marriage in Asia, according to some media outlets at home and abroad.

Same-sex marriage is an issue that should be put to a national referendum, said the protesters.

The grounds of those for same-sex marriage, including same-sex partners not enjoying the rights to inheritance, right to sign a consent form and right to make hospital visits, can be mitigated by amending relevant legal regulations without changing the current marriage and family institution of a husband and a wife, said a poster of the Happiness of the Next Generation Alliance.

Members of gender-related student clubs from universities in greater Taipei protested outside the Legislature on Sunday, saying marriage equality is part of human rights that should not be put to a referendum.

(By Chen Chih-chung and Kuo Chung-han)