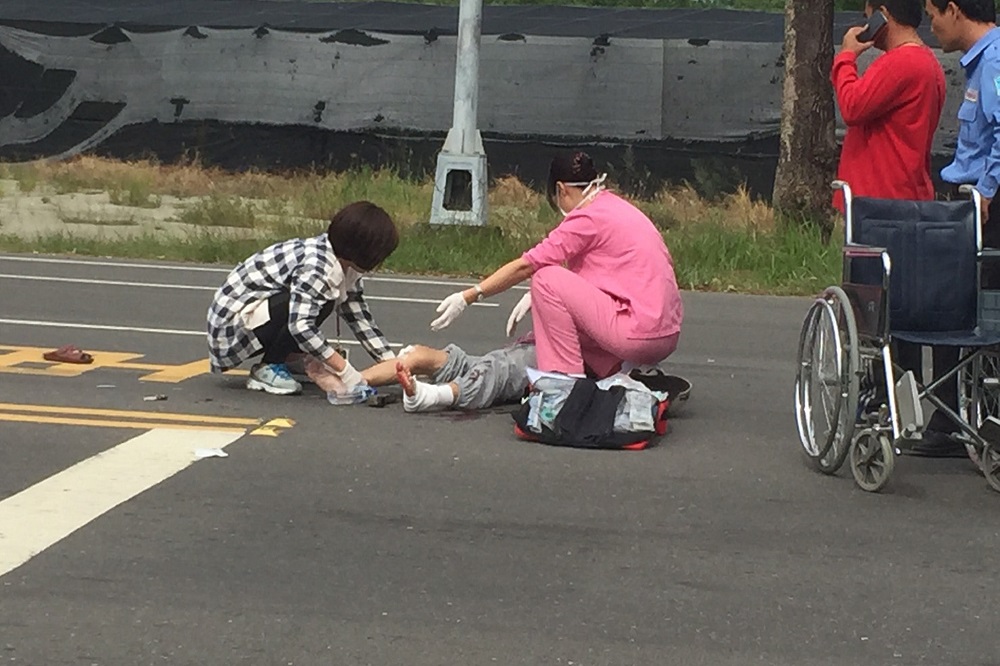 A nurse who bravely rescued an injured driver on a national highway in March was seen again rushing to an accident scene near the hospital she works to administer first aid to an injured woman in a traffic accident that involved a motorcycle and a truck on Thursday.

The accident happened around 10:40 a.m. on the highway in front of the Tainan Hospital of the Ministry of Health and Welfare. A 73-year-old woman surnamed Lee was lying on the ground and both of her legs were bleeding. Shortly after the accident happened, a passerby went into the hospital to seek help. On-duty head nurse Lai Yu-ting responded to the scene immediately. Hospital nurse Chu Yi-ching, who was on vacation but took the time to sort data in the office, rushed afterward to the scene upon learning what happened. Together both nurses examined Lee’s injuries and administered first aid before helping move her into an ambulance.

The scene of the two nurses working together to help the woman was recorded by passersby, who praised them for their warm hearts and compassion.

The scene of Chu rescuing the injured on a highway was not the first time. On March 16 this year, her climbing inside the driver’s cabin of a truck to rescue a fainted driver on the interchange of National Highway 1 and National Highway 10 in Kaohsiung City was recorded in video. She witnessed the incident while she was driving out for vacationing, and set out immediately to help the driver. The video was posted online and she got many praises at that time.

In response to the praises heaped on her, Chu responded modestly, saying that thinking about saving people first is just the basic responsibility of being a medic. 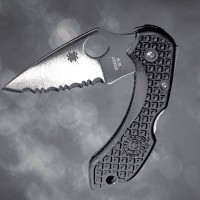