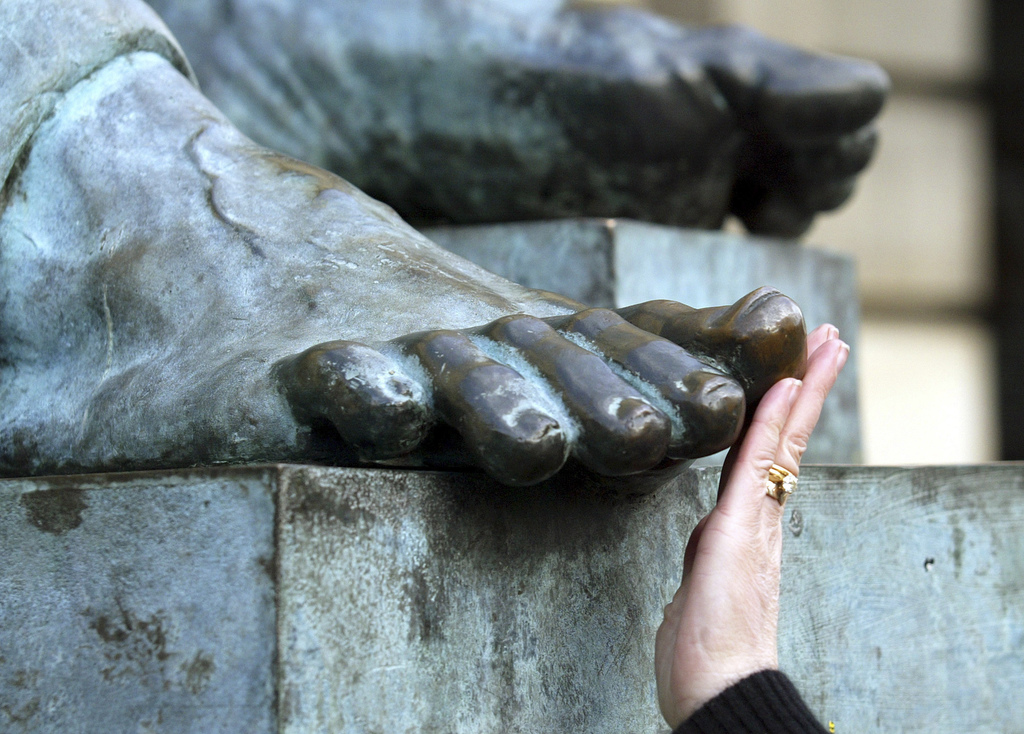 EDINBURGH, Scotland (AP) — Rain is pelting the black bulk of Edinburgh Castle brooding over the city, but inside Fingers Piano Bar on Frederick Street, it's warm and dry as I dance with a throng of cheerful Scots, all of us lustily belting out the chorus of "Sweet Caroline."

"Hands, touching hands," roar the dancers, waving their arms about and casually slapping complete strangers on the back as the piano man valiantly covers Neil Diamond.

Which is when it occurs to me that this city's reputation as a bastion of gentility might not be 100 percent on point — certainly not at Fingers, which is known for a boisterous vibe.

In truth, Edinburgh has many faces. You might start your day researching the city's (sometimes bloody) past, move on to a wind-swept hike of green hills and finish up with a plunge into the lively dining and bar-hopping scene.

Whether you choose one, two or all of Edinburgh's incarnations, here are some guideposts for the journey.

The Palace of Holyroodhouse, aka Holyrood Palace, is worth a visit for its stylishly decorated rooms as well as the chambers of the doomed Mary Queen of Scots, site of the brutal murder of her Italian secretary David Rizzio on the orders of her second husband, Lord Darnley. (Note the chambers are reachable by spiral staircase only.) Evening tours offered in December include a visit to the West Drawing Room, not normally open to the public. Also: Champagne and mince pies. Evening tours, which cost about $43, must be booked in advance and have limited availability. Regular tours available daily; admission about $16. Check the website before you go to make sure the palace isn't closed due to royal visits.

For a less aristocratic window on the past, visit The Real Mary King's Close, set on the Royal Mile that stretches between Edinburgh Castle and Holyrood Palace. This is a warren of steep alleys that once teemed with life but were abandoned when construction at the top of the hill sealed off the area, turning it into an underground relic. Costumed guides lead you through the partially furnished houses which include interactive portraits that help paint a picture of what life was like in these once-crowded streets. Bonus: You will come away with a new appreciation for modern plumbing. Open daily; admission around $18. Reservations strongly recommended.

Edinburgh Castle is a must-see, although it's up to you whether you spend hours poking into its nooks and crannies or just have a quick stroll and a nice cup of tea. This is actually a collection of buildings including former military prisons and tiny St. Margaret's Chapel, built in the 12th century and the oldest building on site. Don't miss the Stone of Destiny, displayed alongside the Crown Jewels in the Royal Palace, which has a long history in British coronations. Admission about $21. Afternoon tea can be had at the Queen Anne Tearoom for about $37 (include castle admission), a nice diversion, especially if it's pouring, which is always a possibility.

At the opposite end of the Royal Mile is Holyrood Park, home to Arthur's Seat, a hill popular with hikers. There are various paths to the top, most relatively easy although it's a bit of a scramble at the end.

The Royal Botanic Garden covers about 70 acres and is about one mile from the city center. Highlights include a memorial garden to the late Queen Mother. Admission free to the gardens, about $7 to the glasshouses.

If jetlag has you up at sunrise and you're somewhere near the Royal Mile, consider walking up Calton Hill. You'll get outstanding views of the city that are all the better when gilded by the rising sun. The hill is home to the National Monument, which looks like an unfinished Parthenon and, in fact, is. The plan was to construct a massively ambitious war memorial to Scottish soldiers and sailors killed in the Napoleonic wars, but money ran out and the project stalled at a base and 12 columns.

Edinburgh is very walkable, but be prepared for lots of hills and steps and a changeable climate. A good place to catch your breath is Princes Street Gardens in front of the castle. Dining options range from standard pub grub - try the haggis, you know you want it -- to innovative takes on Scottish classics. Recommended: The Bon Vivant, 55 Thistle St. The menu changes seasonally, but local oysters are worth a try if available. Also good for a drink and a bite is The Devil's Advocate, 9 Advocate's Close.

For modern, bright rooms in an excellent location, try the G&V Royal Mile Hotel, rooms start at around $280.

Part of the fun of Edinburgh is its many traditions. Note the shiny big toe of David Hume's statue on the Royal Mile in front of the High Court Building. Philosophy students used to rub the toe for good luck in exams; now everyone does it, which might not sit too well with Hume, who abhorred superstition.

Another, slightly less charming, good luck custom is to spit on the Heart of Midlothian, a heart-shaped mosaic in the sidewalk near St. Giles' Church on the Royal Mile. It marks the spot where executions were once conducted. Make of that what you will.