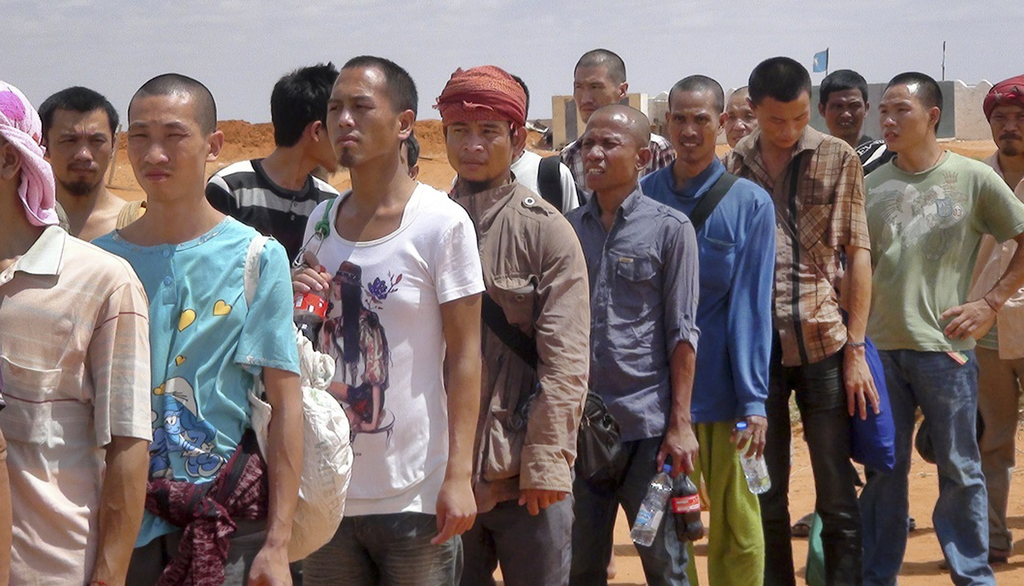 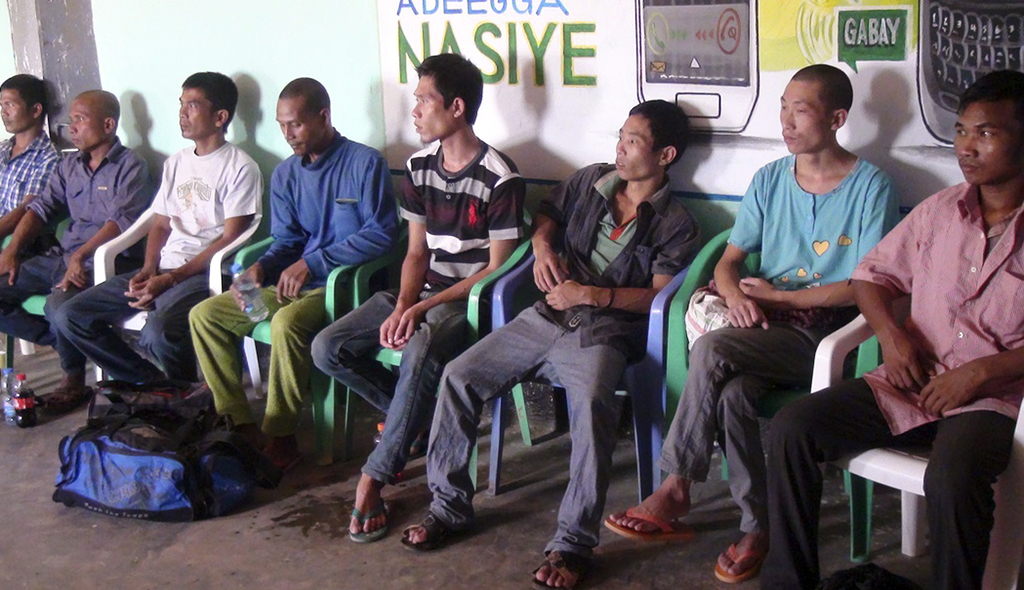 TAIPEI, Taiwan (AP) — Having taken up the cause of a fellow Taiwanese held by Somali pirates, former legislator Tsai Cheng-yuan faced one hurdle after another.

Government agencies at home and in three foreign capitals snubbed his pleas for help. Nervous donors who provided funds for a ransom demanded a money-back guarantee if the hostage wasn't released.

Even after the money was paid, the man refused to return home unless 25 others held with him were also freed. The group was finally released Oct. 22, after more than four and a half years — the second-longest period hostages had ever spent in Somalia.

"I just have this faith that if a country doesn't give up on its citizens in trouble, it will be loved by its people," said Tsai, 62, who served in Taiwan's legislature for 20 years and now runs the chief opposition Nationalist Party's central policy committee.

Tsai got involved while still serving in the legislature when the wife and daughter of Shen Jui-chang sought his help. Shen was chief engineer on the Omani-registered Naham 3 fishing boat, which had been hijacked in March 2012 by Somali pirates in the Indian Ocean, 120 kilometers (65 nautical miles) from the Seychelles islands.

The crew was taken to Somalia and held in "deplorable conditions," the Colorado-based nonprofit Oceans Beyond Piracy said. Everyone became malnourished and two hostages died of illness.

The engineer's family came to Tsai after having no luck with other elected officials in Taiwan, said the ex-legislator, who had gained fame for having helped a Taiwanese woman escape from Muslim rebel group Abu Sayyaf in the Philippines in 2012.

"They had been asking around for help without progress," Tsai said in an interview Friday. "They were afraid that Shen Jui-chang's health wasn't too good and that he couldn't handle Somalia."

Tsai said he first talked to government agencies in Taiwan but was refused help. Like some other governments, Taiwan does not negotiate with pirates for fear of encouraging future abductions. However, Taiwan's foreign ministry said in a statement Oct. 23 that it had contacted Omani officials and kept in touch with hostage-release nonprofits to follow the case.

So Tsai contacted the governments of Shen's fellow hostages, who hail from Cambodia, China, Indonesia, the Philippines and Vietnam. A foreign affairs police official from the Philippines and the deputy general secretary of China's Association for Relations Across the Taiwan Straits — the agency responsible for contacts with Taiwan — joined his cause.

At a news conference last week, spokesman An Fengshan of Beijing's Taiwan Affairs Office said the association had played an active role in obtaining the hostages' release, assisted by the Chinese foreign ministry. An said international organizations and other "relevant parties" aided in the effort, without identifying them.

Tsai chased Taiwanese companies for donations to help pay ransom for the chief engineer. Some were reluctant to give money because they feared pirates would reject the final offer, so Tsai promised their money back if Shen wasn't released.

The former legislator also found a law firm in Hong Kong that charged only a minor processing fee to hold the ransom money. For reasons they never gave, the pirates were requiring payment in hundred-dollar bills only issued in 2005, Tsai said. Such notes predate a 2013 redesign that included new safety features.

Tsai said he used an intermediary's name to sign the agreement with the law firm in order to hide his official connections. "Otherwise, if it was suspected the Taiwan government was involved, it would be hard to discuss ransom and could cost a lot," he said.

Once the money was raised for Shen, talks dragged on as the pirate gang repeatedly changed leaders because of infighting, Tsai said. Shen then threw a new kink into the negotiations when he insisted on staying, out of fear the other hostages might be killed or stranded without his help getting money for their release.

"I was thinking, 'I'm 58 and if I leave there's no one who can lead them,'" Shen said last week following his return to Taiwan. "I told the pirates, 'If I go, then everyone has to go.'"

Faced with Shen's demand, Tsai went back to pleading for donations. His Philippine and Chinese backers kept chasing donors in their homelands.

Money raised would ultimately pay ransoms, aid to the impoverished families of the 10 mainland Chinese sailors and a fee for the hostage negotiator, a former U.N. official. Negotiations took 18 months.

Shen told reporters after reaching Taiwan he was "deeply moved" by the help he received.

Tsai declined to say how much was ultimately paid to the pirates for fear of encouraging more hostage-taking. Such cases have declined drastically in recent years in the wake of international naval patrols in the Gulf of Oman and stepped-up security aboard larger vessels.

Recalling the herculean effort to free Shen and his crew, Tsai said it was up to younger legislators to help in future. "I'm a retired man now."