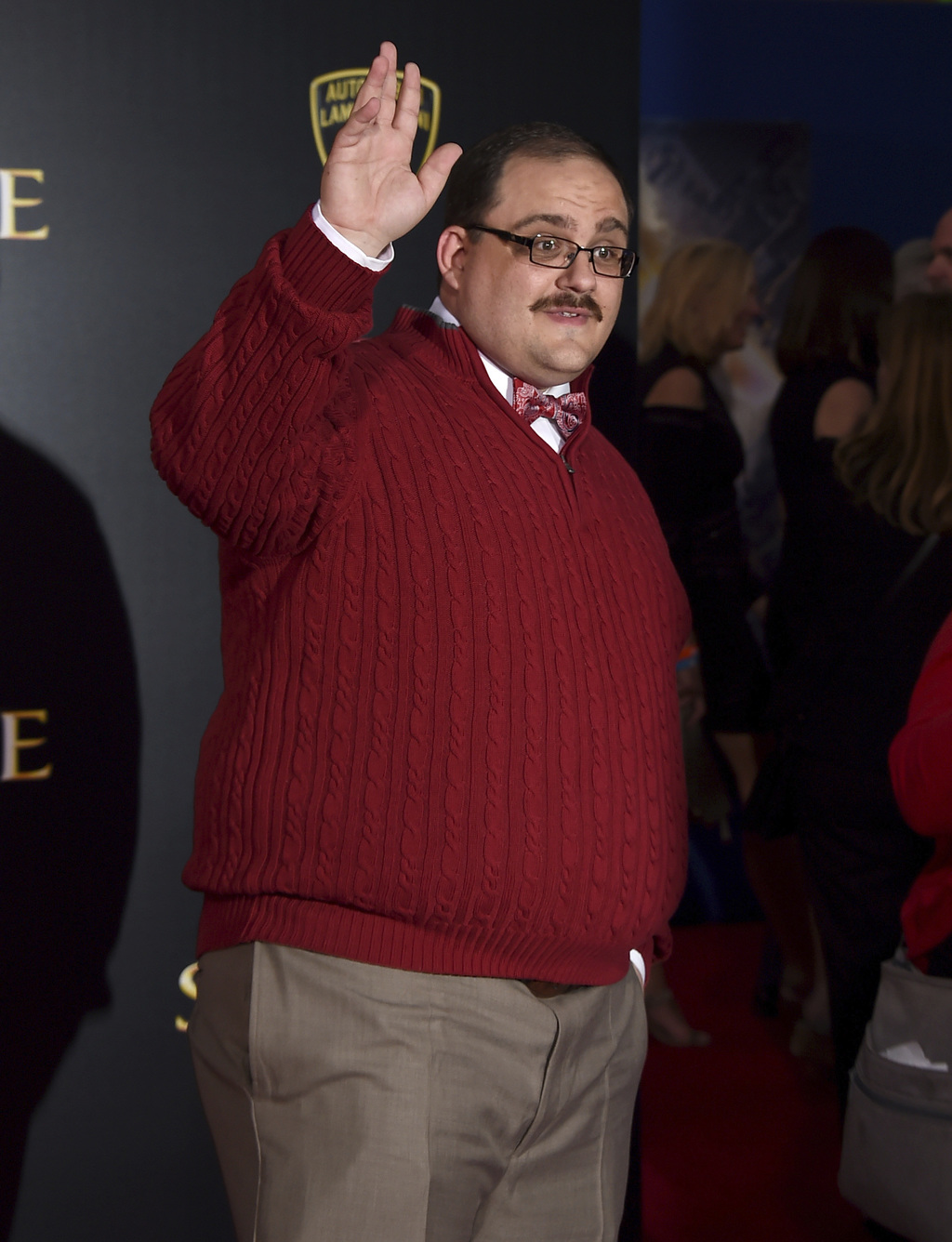 NEW YORK (AP) — "Cutting through the noise" is a phrase often uttered around Hollywood, where mammoth marketing budgets are routinely expended to reach moviegoers distracted by a million other entertainment options. But few things have ever generated as much "noise" as the election.

Releasing a movie amid the cataclysmic clash between Hilary Clinton and Donald Trump — one that has dominated news cycles for months and led to debate viewership surpassing 80 million people — poses certain challenges. One of the most noted attendees as the Los Angeles premiere of Disney's "Doctor Strange" (which bows days before voters make their way to the polls on Nov. 8) wasn't Benedict Cumberbatch or Rachel McAdams, but Ken Bone, the sweater-wearing debate standout.

The election has consumed just about everything for much of 2016, and its intersections with the movies have been unpredictable and strange. Trump helped fuel the backlash against Paul Feig's female-led "Ghostbuster" remake, voicing his disgust for the gender switch on Instagram. Johnny Depp earned some of his best reviews in years for his Trump in the surprise FunnyOrDie film "The Art of the Deal: The Movie." And Mike Judge's cult 2005 film "Idiocracy" — a futuristic vision of curse-spewing former wrestler president — enjoyed newfound relevance.

The run-up to Election Day has, in the movies, at times felt downright patriotic. Tom Hanks ("Sully") and Denzel Washington ("The Magnificent Seven") — arguably America's most beloved big-screen heroes — have been regulars at the box office, as if their noble, indisputable presences might sooth an anxious and fractured nation. Hanks was back last weekend with the Dan Brown thriller "Inferno" after, as "America's Dad," he gave the country a pep talk on "Saturday Night Live."

Hollywood, as ever, is mostly banking on escapism ahead of the election. Given how tired many are of wall-to-wall election coverage by now, that may be a safe bet. Marvel's "Doctor Strange" will hit theaters right before Election Day, and if ever there was a cultural force that politics couldn't dent, it's Marvel. The film, which is drawing rave reviews, is expected to be one of the biggest hits of the fall, opening with perhaps $70 million in North America.

And though a movie titled "Trolls" might sound like a fitting film for this campaign season, the 20th Century Fox-DreamWorks Animation release is as far from the political fray as possible. Justin Timberlake and Anna Kendrick voice the long-haired dolls in the family-friendly release.

"That audience will be about as impervious as any to impact from the election," says Chris Aronson, domestic distribution chief for 20th Century Fox. "But if 'Idiocracy' was a new film and not an old film, I'm pretty sure we'd put it in this window."

The other pre-election releases are more daringly timed. Before the country votes for the next president, it will cast judgment on Mel Gibson's comeback. His World War II tale "Hacksaw Ridge," from Summit Entertainment, is his first directorial effort since 2006's "Apocalypto."

Focus Features has promoted "Loving" with the most direct election overtones. The film is writer-director Jeff Nichols' true-life drama about the Virginia couple whose marriage led to the landmark Supreme Court ruling outlawing a state's right to ban interracial marriage. Focus has urged moviegoers to "vote Loving" and launched a website to "change the national conversation."

But capturing the nation's attention right now isn't so easy. The presidential race — characterized by constant scandal, radically opposed personalities and a daily stream of polls — has provided more drama than Hollywood could possible concoct.

Whether it's because people are glued to TV news or due to less appealing movie options, the fall season has been depressed at the box office. Before Tyler Perry's "Boo! A Madea Halloween" lifted grosses the last two weekends, most of the season's weekends have been down about 20 percent from the year before.

"I think the election is providing a massive distraction for the movies," says Paul Dergarabedian, senior media analyst for comScore. "I don't like to blame outside forces for movies not doing well, but I do think it's a tough time. The premiere entertainment event right now is the election and it's very difficult to compete with that."

Some films have actively sought to get out of the election spotlight. One producer of a high-profile fall release, who spoke only on the condition of anonymity because he wasn't authorized to discuss the film's release strategy, said his movie was schedule early in the season partly to avoid the higher TV commercial rates that jump in October and early November, when political ads swamp the dial.

But there are other films seeking to rile up the electorate, or at least make it think. Filmmaker Ava DuVernay said the October premiere date of her much-lauded Netflix documentary "The 13th," about the historical, racial roots of criminalization in America, was intentional. Among other things, it analyzes the meaning behind politician promises of "law and order," as Trump has pledged to defend.

"It being released in an election year was purposeful," says DuVernay. "If nothing else for the people to voice their opinion through their vote."

The acclaimed Sandy Hook massacre documentary "Newtown" is a largely apolitical film about how parents of victims have coped, but its message is impossible to divorce from the issue of gun control. This Wednesday, the film will play in 500 theaters nationwide including a live satellite broadcast following the film of a "town-hall discussion" moderated by CNN's Chris Cuomo.

And what would an election year be without Michael Moore? With no advance notice and finishing the film the morning before it premiere, Moore debuted his own October surprise — the pro-Clinton doc "Trumpland" — two weeks ago. Moore, whose "Fahrenheit 9/11" was a powder keg (and box-office smash) in the 2004 election, has vowed to energize Clinton supporters and get his film — via iTunes and art-house theaters — in front of millions before they vote.

At the movies, the votes are in for Doctor Strange and Harry Potter, and it's a landslide.