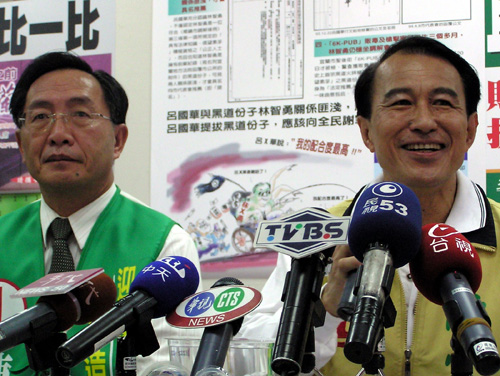 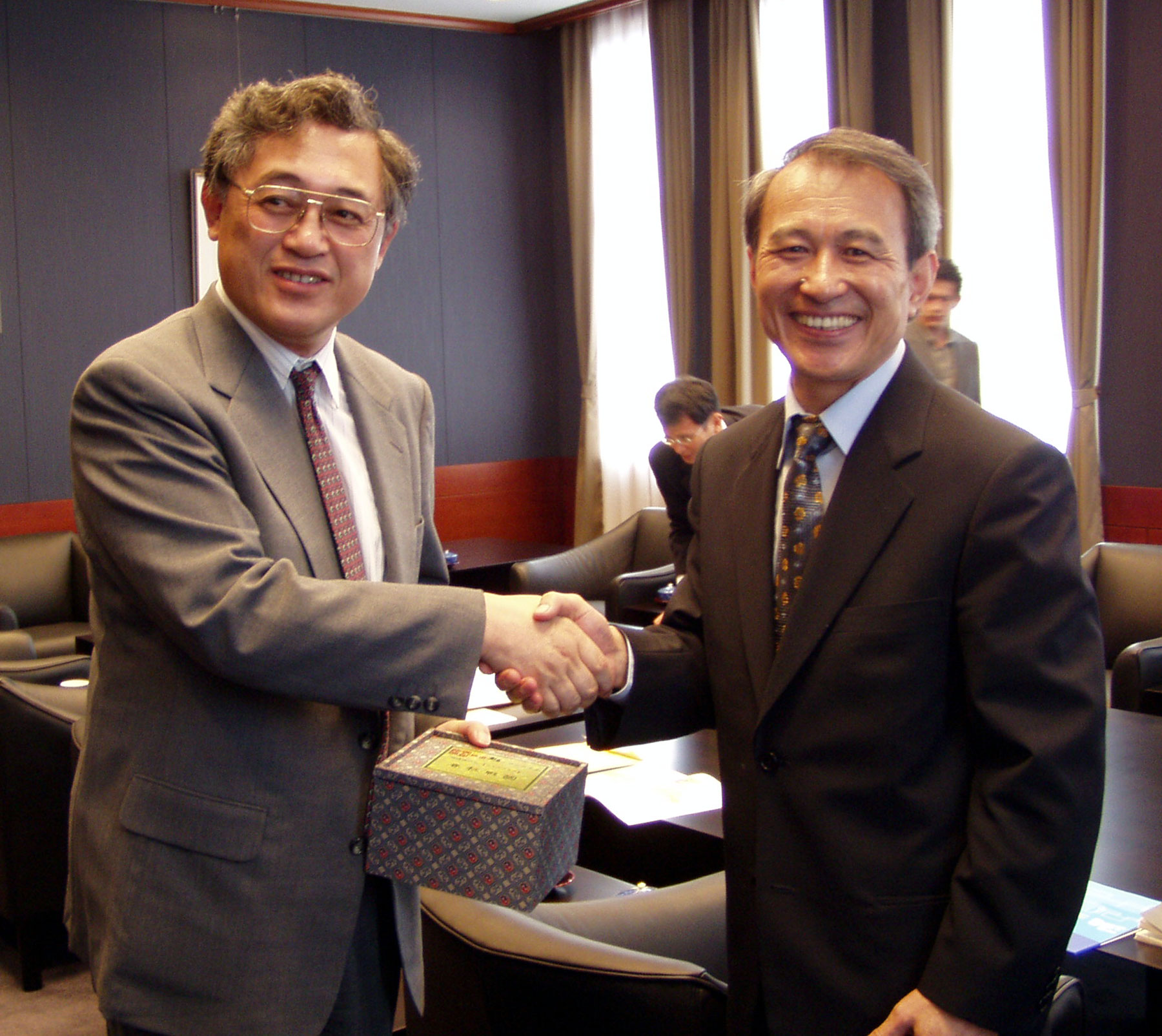 Taiwan mourned the loss of Taiwan's "Mr. Clean," former Justice Minister Chen Ding-nan (陳定南), who died of lung cancer yesterday afternoon at National Taiwan University Hospital.
The 63-year-old Yilan native was diagnosed with late stage lung cancer back in April and was hospitalized numerous times for his condition. NTUH spokesman Lin He-hsiung said Chen's health took a sudden downward spiral last Wednesday when he fell into a coma from which he never regained consciousness.
As specified in his will, Chen's body will be cremated 72 hours after his passing and his ashes will be scattered around his hometown in Yilan where he grew up and governed as county magistrate from 1981 to 1989. Sticking to his low-key manner, Chen left instructions that no wake will be held and no shrine with his portrait will be set up for him after his passing, the family said.
Proud of the "Mr. Clean" nickname given by his peers, the NTU law graduate and Democratic Progressive Party stalwart was remembered by lawmakers for his integrity, frugality and strong work ethic.
DPP lawmaker Lee Kun-tse, who was Chen's chief secretary during his time as justice minister, recalled his former boss would never spend over NT$70 on a meal and demanded perfection from his staff.
"Unlike other high-ranking politicians who were chauffeured around in black sedans, Chen took the bus everywhere. Whenever he went home to Yilan, he rode the train just like a commoner," Lee said.
Kuomintang Legislator Joanna Lei, who worked closely with Chen in the Legislature's Organic Law and Statues Committee, said that while they often had opposing views, she maintained a tremendous respect for him for being "a man of unwavering principles."
Sun Ta-chien (孫大千), another KMT lawmaker, praised Chen for his integrity and said he was a rare pan-green politician because he refused to be bribed.
Chen, a businessman turned politician once said he wished to end his life on a high note, like the American president John F. Kennedy. He was quoted saying one should strive to leave a legacy of goodness so those who follow will have something to pattern themselves after.
Beside his straight-arrow manner, Chen will also go down the history as a reformer who brought Yilan out of obscurity during his term. Political analyst Shih Cheng-fong said instead of transforming the coastal county into a bustling industrial center, Chen focused on protecting the county's indigenous ecology by embracing an environmentally friendly stance.
Shih said Chen insisted that a county's progress should not only be measured according to its economic growth, but also its efforts in environmental conservation such as pollution reduction.
Chen's 25-year political career began when he was elected as the Yilan County magistrate in 1981 with 52 percent of the vote as an independent party candidate. In 1993, he joined the DPP in order to run in the Taiwan provincial governor race the following year.
As justice minister between 2000 and 2005, Chen pledged to wipe out "black gold," a phrase used in Taiwan to denote illicit money derived through illegal means related to organized crime rings.
In 2005, Chen ran again Yilan County magistrate seat but lost to the KMT candidate.
The family said Chen's health quickly deteriorated shortly after the race when he suffered a constant fever. He was later diagnosed with lung cancer.
Doctors said Chen gave up on chemotherapy after two treatments and resorted to a regiment of organic diet and Chinese Qigong to restore his health. Even toward the end of his hospital stay, Chen insisted on dressing up for his visitors, including Premier Su Tseng-chang (蘇貞昌) and Straits Exchange Foundation President Chang Chun-hsiung (張俊雄).
He is survived by his wife and two sons.