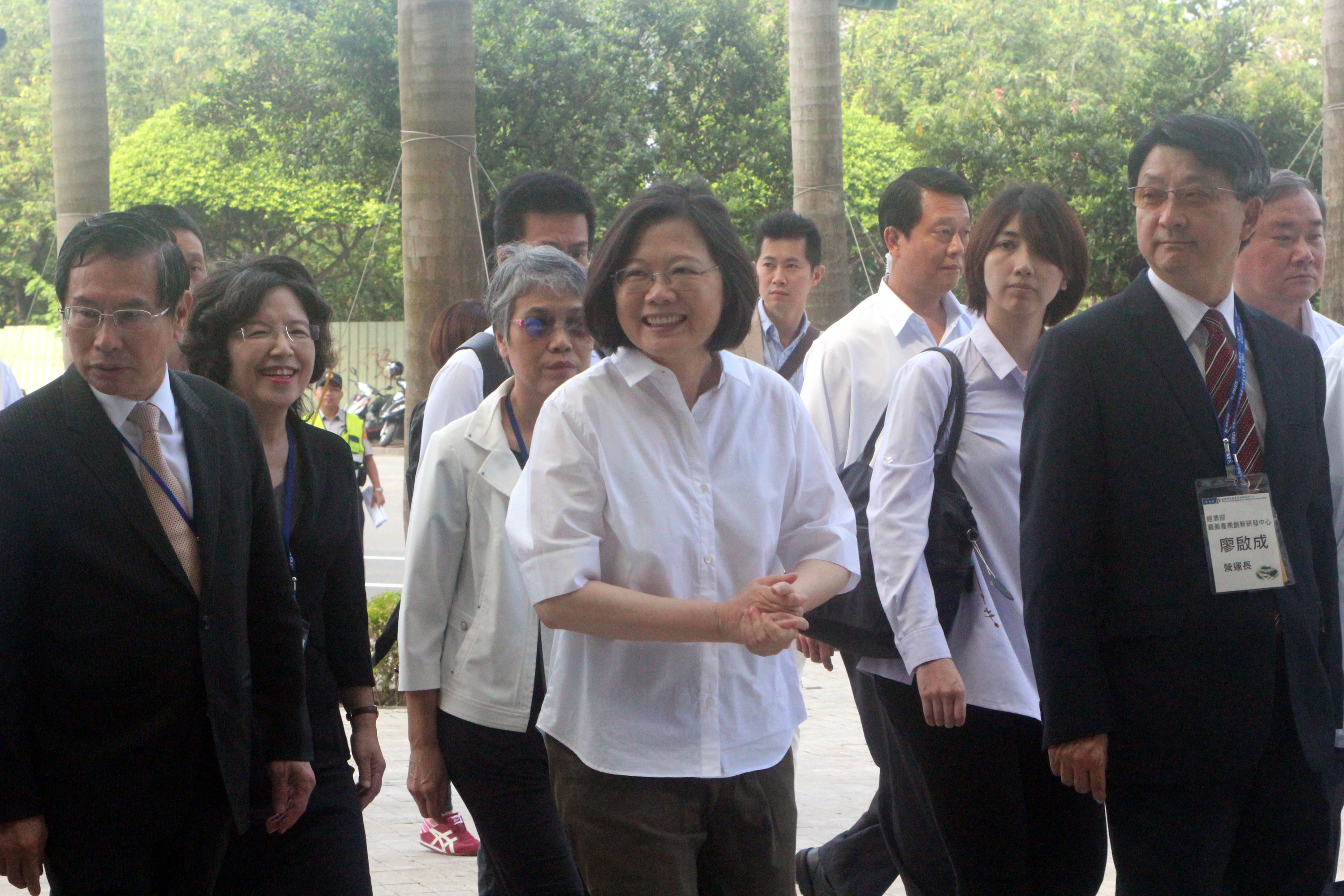 TAIPEI (Taiwan News) – President Tsai Ing-wen’s support level dropped to a new low of 37.6 percent but her negative rating also fell to 46.4 percent, according to a Taiwan Indicators Survey Research released Friday.
Until now, Premier Lin Chuan was the government official to bear the brunt of dissatisfaction with the Democratic Progressive Party administration which took office last May 20, but the latest poll showed Tsai was also being affected.
Compared to a similar poll conducted in late September, approval of Tsai’s performance had fallen by 0.8 percent, while disapproval had gone down by 1.9 percent. Approval for the president reached a high of 54.6 percent in late June but has been slipping ever since.
However, when respondents were asked whether they trusted the president, 46.7 percent said they did, while 35.7 percent gave a negative reply, barely a change from the results in last month’s survey, TISR said.
Lin faced a much larger gap which was nevertheless improving, according to the survey. Approval for his performance rose from 28 percent to 28.7 percent but the share of respondents giving him the thumbs down fell by a full 5 percent to 48 percent.
The economic situation gave the most concern to respondents, with 84.2 percent, or a rise of 4.7 percent from the previous poll, saying Taiwan’s economy was in a bad state.
Turning to political parties, TISR found that Tsai’s DPP maintained its lead in the satisfaction ratings, with 39.3 percent saying they “felt good” about that party. The main opposition Kuomintang saw its positive level fall to 24.5 percent, with about double that proportion, 50.1 percent, giving it a negative rating.
For China’s Communist Party, only 11.2 percent “felt good” about it, with 61.5 percent giving it the thumbs down.
Presidential spokesman Alex Huang said all opinion polls would be considered but no matter what, the administration team would speed up reforms to comply with the expectations of the public.
TISR said it conducted the survey on October 11-12 and collected 1,005 valid replies with a margin of error of 3.1 percent.