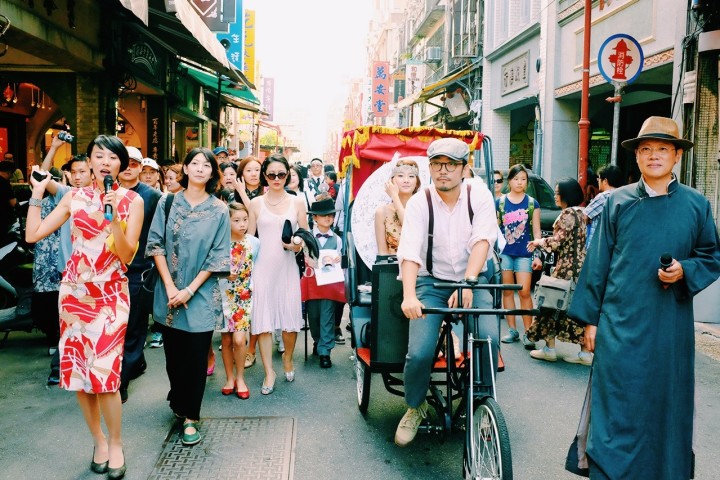 Countdown to the 1920s Costume Parade

As part of the event of Tua-Tiu-Tiann International Festival of Arts (TTTIFA), the 1920s Costume Parade is going to take place in the afternoon of Oct. 15, featuring the vintage style of 1920s. The 1920s costume parade takes place every year on the weekend of Oct. 17, leading everyone into the once prosperous alleys and streets of the historical neighborhood. Participants are encouraged to dress up like their favorite 1920s figures (not exclusively Taiwanese), time traveling back a century to the streets of 1920s Dadaocheng. The costume parade will have north and south routes, each with its respective meeting points, both finishing at Yongle Market Plaza, where a series of street performances will bring the oeriod atmosphere to life. The theme of this year’s TTTIFA is “Roaring All The Way.” As the 1920s are known as the “Roaring 20s,” organizers said they think of the period as one of social movements and ideologies that challenged tradition and nourished a flourishing arts scene. Can’t decide your costume for the parade? Check this 1920s outfit lookbook and sign up right away on : http://www.accupass.com/event/register/1607201439541180940690 Many local shops will also feature concurrent promotions during the art festival, with the Yanping branch of I-Mei Foods, formerly the site of Daan Hospital, offering a 30% discount on selected items, as well as two peach shaped birthday buns each for the first 100 customers purchasing at least NT$100 in items.