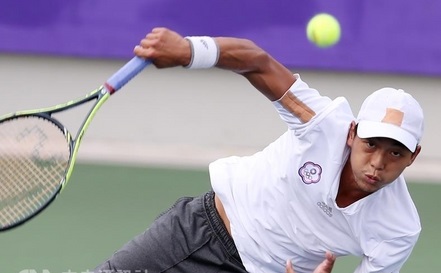 The 2016 OEC Kaohsiung ATP Challenger will take place from Sep 19 to Sep 25 at the Yang-Ming Tennis Center, in Kaohsiung City, featuring all the tournament's past singles winners, according to organizer OEC Sports Marketing & Management Co.

Admission of the tournament is free, requiring only uniform invoices, which the organizers will donate to charities.

The winner of a US$125,000 event will earn 125 ATP ranking points, more than the 90 points a player gets from playing in the round of 32 of a major. The tournament, which boasts a strong field and the largest purse in Taiwan’s professional tennis history, will bring Taiwan’s tennis to an international level, the organizer said.

The tournament will feature a 32-player draw and will be staged at the Yang-Ming Tennis Center, which boasts a 5,000-seat center court, a 650-seat additional stadium, as well as 10 additional courts on site.