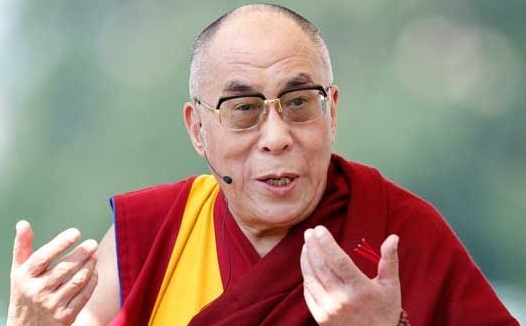 Ma Xiaoguang, spokesman for China's Taiwan Affairs Office, rebuked the Dalai Lama in a regular press briefing on Wednesday, saying that he "carries out separatist activities under the cloak of religion.”

The Dalai Lama fled into exile in India in 1959 after an abortive uprising against Communist rule and won the Nobel Peace Prize in 1989.

The criticism came after a pro-independence Taiwanese lawmaker's invitation to visit. The rock star politician Freddy Lim was elected as a legislator in January and traveled to the Indian town of Dharamsala in the Himalayan foothills, along with Democratic Progressive Party legislator Kolas Yotaka and a civic group Human Rights Network for Tibet and Taiwan, to meet the Dalai Lama in early September.

Lim’s visit has evoked a mixed response in the new government. Some give applause but some speak cautiously. In a reply to an interpellation by lawmakers about the government’s attitude to the potential visit, Taiwan’s foreign minister David Lee said that the Dalai Lama is at an advanced age and he has not heard of any plan to visit the region; if he is willing to travel to Taiwan, the government will have to consider many aspects before giving an appropriate response. Lee’s reply was said to disappoint the lawmaker according to media reports.