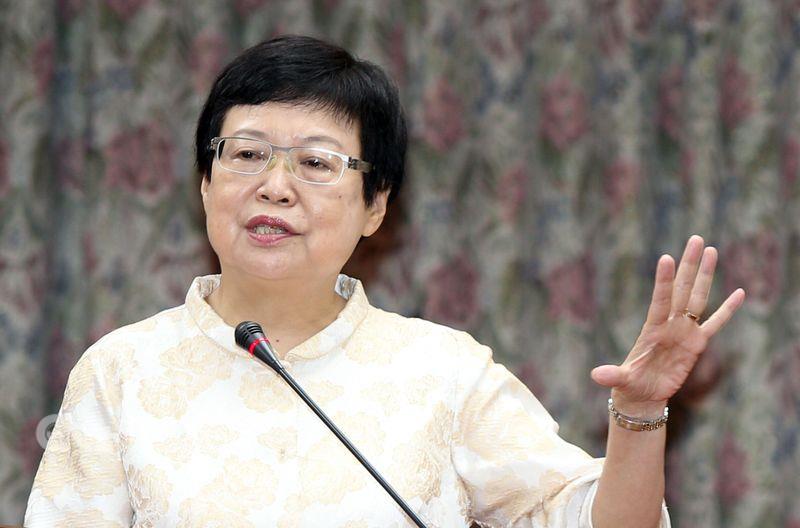 Editorial: Time for a new set of China rules

A move by the director of a museum in Taiwan to find a new job in China consulting and advising a local museum there does not sound like a major national security crisis. Unless the Taiwanese institution is the National Palace Museum, which resorts directly under the central government and is one of the world’s most prominent repositories of priceless Chinese art.
The problem is that the museum’s director during the last administration of President Ma Ying-jeou, Feng Ming-chu, seemed to be contravening or at least evading government rules which state that a departing government official should obtain the permission from his former employer before moving to China, and that for a period of three years following his retirement or resignation.
Feng’s quick move looked like a flagrant violation of that law, her appointment as consultant to The Palace Museum in Beijing coming a mere three months after the departure of the Ma Administration last May 20.
Yet, in her defense, the law does allow applicants to request a shortening of the period, if national security is not affected by the early departure for China. Feng also protested that she would not receive any pay in her new position, a detail not really relevant to the law.
Far more worrying is that after the museum director’s case came to light, lawmakers revealed that as many as 58 former central and local government officials from the Ma era had applied for a similar shortening of the three-year period in order to be able to visit China or find work there.
The revelation shows that the law, in this case the awkwardly named Act Governing Relations Between the People of the Taiwan Area and the Mainland Area, needs to be revised, tightened where it needs be, and maybe relaxed in some other places.
At first sight, museum treasures can hardly be compared to missile defense details or to economic strategies to join the Trans-Pacific Partnership.
However, Feng’s move from the National Palace Museum to its direct counterpart in Beijing would cause problems of a competitive nature. Many private companies have clauses in their employment contracts which bar employees from moving straight to a direct competitor.
This kind of ban could apply to Feng’s case, she is likely to be aware of the Taiwanese museum’s promotional strategies which might be used by the Chinese museum to its own advantage, and to the detriment of the Taiwanese state-owned institution.
Therefore, a more precise set of rules needs to be worked out. A higher-level category needs to govern former officials who had access to confidential information. Senior Cabinet members, presidential officials, officers high up in the military and national security hierarchy and key officials involved in cross-straits negotiations should not be allowed to visit China shortly after ending work, and should not be allowed any exceptions to the rule.
Officials whose work did not bring them in direct contact with matters of national security or with China policies could be allowed to retain the right for exceptions to the three-year rule, but those exceptions should not be automatically granted, but put under review.
In the case of a museum director such as Feng, of course she could be allowed to travel to China for a simple visit, but there should still be a clause barring former officials to take up a similar position at a direct competitor in the communist country, regardless of whether state secrets were involved or not. Again, the rules should be clear, leaving no loopholes to be abused.
One problem under the present system is that former officials have to file the application for the exception with their former place of employment, which means recent colleagues could be the judge of their peers. The question is whether in such circumstances, the request can be given the honest and thorough review it needs, perhaps followed by a negative reply. A more neutral body such as a central personnel administration would be more impartial in evaluating a request.
Former and present officials need to be reminded that China is not a normal neighbor, but that it is still pointing missiles at the island and still trying to block Taiwan from the international scene, not just in politics, but also sports, culture and any other domain.
Any information about the working of Taiwanese government departments it can glean from former officeholders will be used to the advantage of China, and at the expense of Taiwan.
It is therefore of the utmost urgency that a transparent and strict but just system is found to prevent a brain drain from Taiwan’s democratic government to China’s communist government.