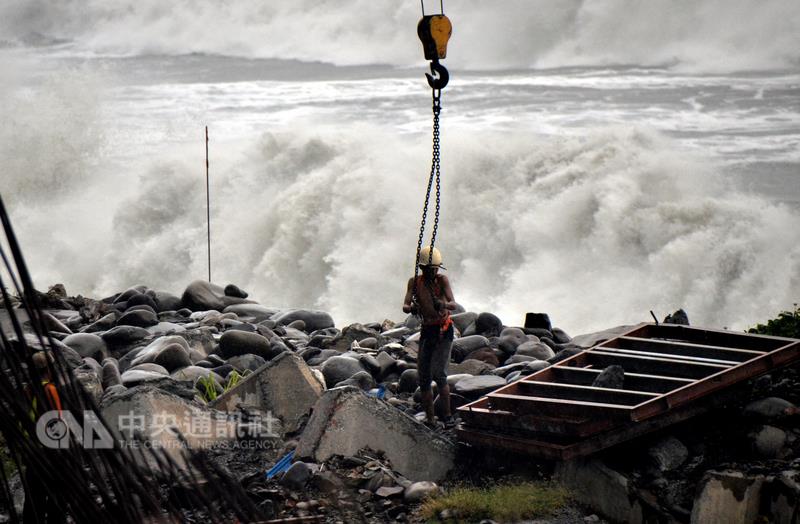 TAIPEI (Taiwan News) – Kaohsiung City and the counties of Taitung, Pingtung and Penghu were the first to announce offices and schools would be closed on Wednesday as Typhoon Meranti was expected to slam Southern Taiwan.
The storm, which was still 320 kilometers east-southeast from the island around 7 p.m. Tuesday, was expected to move further west and pass close by the Hengchun Peninsula, Taiwan’s most southerly region, before heading out into the Taiwan Strait Wednesday.
While Taitung and Pingtung in the far south, Penghu in the Taiwan Straits, and later also the nation’s second city, Kaohsiung, had already decided to close offices and schools, many universities in other parts of the south, including Chiayi County and Tainan, said classes would not be given at least for one day Wednesday.
In North Taiwan, the cities of Taipei, New Taipei, Keelung and Taoyuan and Yilan County announced Wednesday would be a normal working day, but most of the rest of the island had not reached any decision by 8 p.m.
In the meantime, land warnings had been issued for most of Taiwan from the central area of Taichung City to the south.
Air traffic out of Kaohsiung looked likely to be severely hit Wednesday, with airlines canceling many flights out of and into Xiaogang airport during the day, while some morning flights were being brought forward to earlier times in order to evade the onslaught of the typhoon, reports said.
While train traffic along the east coast and in the south would be suspended Wednesday, extra services were being laid in Tuesday evening to allow people to reach their destinations before the storm.
In Pingtung County, the main local bus company would also suspend services for all of Wednesday.
The typhoon was expected to bring major disruption to the start of the September 15-18 Mid-Autumn Festival holiday, though it was expected to leave Taiwan during Thursday afternoon.