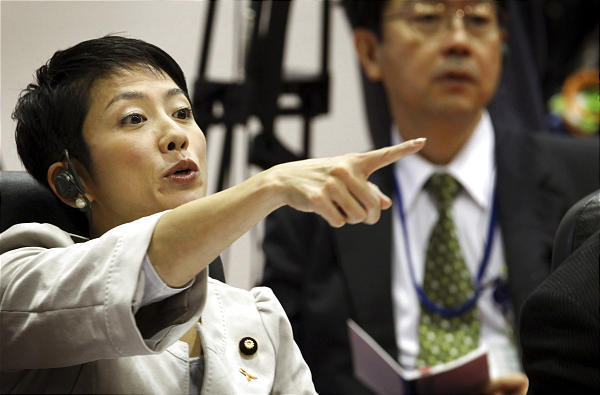 Known as Japan’s strongest female politician, Democratic Party deputy leader Renho Murata, the current frontrunner for the leadership of Japan’s main opposition party, is facing accusations of having dual citizenship with Taiwan. On Tuesday, she said at a press conference that Taiwan’s responsible authority has her on record as a citizen.

It is widely known that Renho, 48, was born to a Taiwanese father and Japanese mother in Tokyo, Japan. She is said to have acquired Japanese citizenship in 1985.

Renho is currently running for the position of president of the recently rebranded Democratic Party. She has recently been questioned for holding citizenship of Japan and the Republic of China (Taiwan). Some of the noise is being drummed up by Japanese nationalist right wing groups.

In a previous statement, Renho recalled that she paid a visit to the Taipei Economic and Cultural Representative Office in Japan to apply for renunciation of Taiwanese citizenship with the help of her father at the age of 17.

At Tuesday’s press conference, Renho stated that the procedure has yet to be completed after checking this with Taiwan's responsible authority.

Renho apologized for her negligence after being officially notified of her still maintaining Taiwanese citizen a day ago from Taiwan’s de-facto embassy in Tokyo.

Nationality has long been a controversial issue in Japan. According to Japan’s Nationality Law, any child with dual nationality must choose between the two within two years of becoming an adult at the age of 20. Adults who acquire a second nationality also have two years to decide.

The Democratic Party’s leadership election is slated to be held on September 15, with three registered candidates including the model-turned politician Renho, who is serving a third term in the upper house after being reelected from her Tokyo constituency in July.