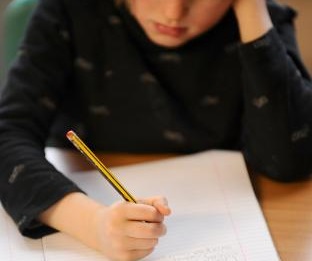 The Taiwanese government has recently announced a plan to raise the monthly minimum wage by 5 percent to NT$21,009, or US$656, along with an increase in the hourly minimum wage to NT$133, from the existing NT$126. But if you can teach a foreign language, you can earn even more. A survey conducted by a local human resource service provider indicates that five part-time tutoring jobs offer great pay which can be 15 times higher than the current minimum hourly wage.

Premier Lin Chuan was said to have approved the minimum wage plan on Monday, which was said to benefit approximately 1.25 million local employees and 370,000 foreign workers, an official said.

Yet in the meantime, a survey made by the 104 Job Bank reveals the highest-paid private tutor jobs in the country, with an hourly wage exceeding NT$2,000, or US$62.5, in effect 15 times higher than the country’s minimum hourly wage.

In Taiwan, many college students take up part-time jobs as private tutors either to repay student loans, pay grocery bills, or fund their overseas trips. Working while in college can be tough, but choosing the right part-time job can make all the difference.

According to the 104, among the 1,700 private tutor job openings, more than 60 percent of job openings offer NT$500 an hour or above for teaching a foreign language, math, physics and chemistry, or music. Some are paid handsomely at an hourly rate between NT$1,500 and NT$2,000, while they are usually profession-related, including teaching cello, statistics, interior design, programming, yoga, and advanced foreign language.

In terms of teaching a foreign language, English continues to take a whopping share of 75 percent, followed by Japanese, Korean, Vietnamese, and Thai language. The survey also sees a surging demand for a Southeast Asian language tutors over recent years.

Taiwan’s Ministry of Education has unveiled measures to support the New Southbound Policy including the boost of exchanges with schools in ASEAN member states and India and of ASEAN language courses from local elementary schools to colleges.

The local college students comprise three-quarters of part-time job seekers, according to the survey.