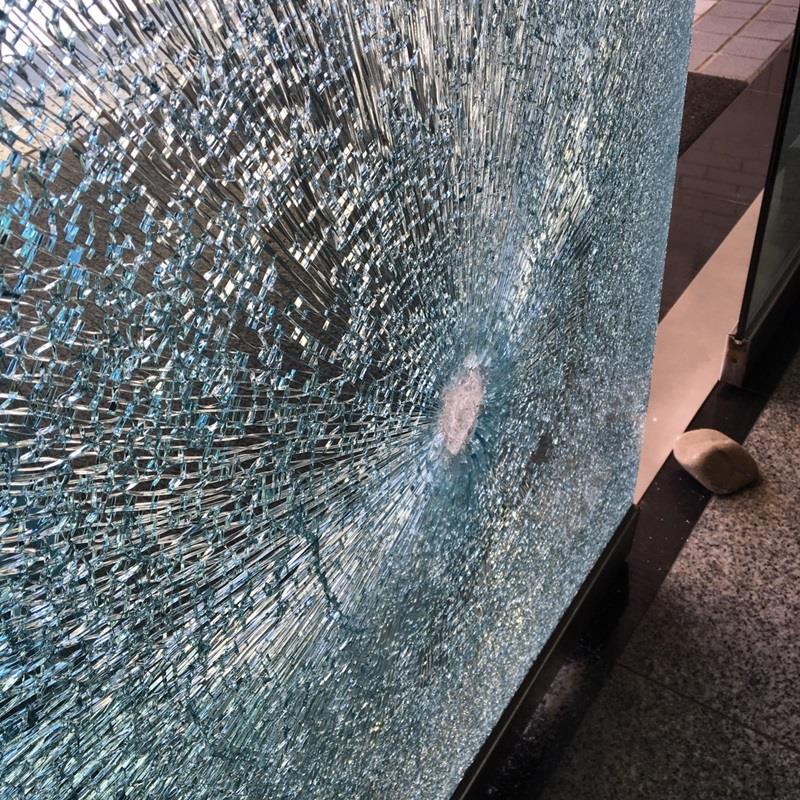 TAIPEI (Taiwan News) – Two men on bicycles threw rocks at a glass door at the recently established Ill-Gotten Party Assets Settlement Committee Tuesday.
The organization and its offices were only inaugurated last August 31, after the passage of legislation which allowed the body to look into the decades-old issues of assets taken over by the Kuomintang, starting with its taking control over Taiwan in 1945.
Staff reportedly saw two middle-aged men approaching the office on Taipei City’s Songjiang Road on bicycles at around 11 a.m. Tuesday. The first man threw a stone at a glass door and missed, but the second man succeeded in causing the glass to crack, reports said.
Staff alerted the police, and Tuesday evening reports emerged that a 52-year-old man surnamed An had been detained as a suspect.
According to a committee spokesperson, no threatening phone calls have been received. The office did not install any surveillance cameras in the area, but that might change following Tuesday’s incident, the committee said, adding that a security firm might also be employed.
The committee’s chairman, prominent attorney Wellington Koo, was reportedly talking to reporters on the first floor of the building when the incident happened, but he did not became aware until staff told him.
The committee’s work has been the subject of heated political debate, with the government of President Tsai Ing-wen seeing it as an essential element of its campaign for transitional justice, while the opposition KMT has described it as unconstitutional and as biased.