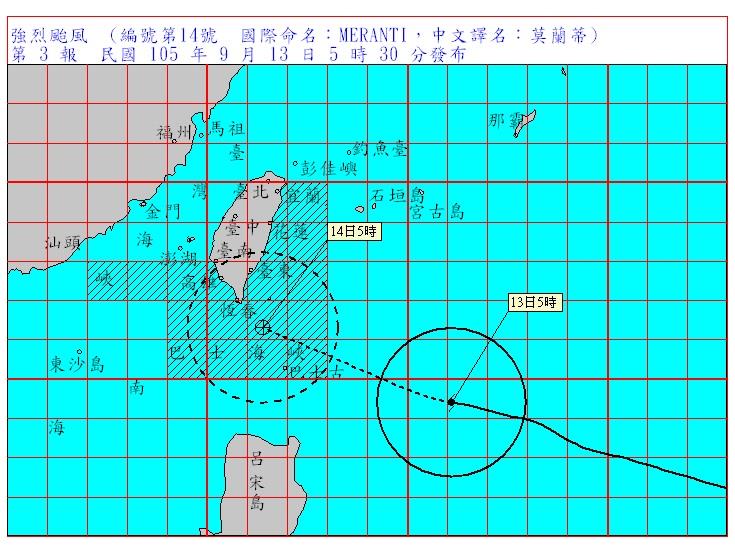 Central Weather Bureau (CWB) has issued both sea and land warning for strong Typhoon Meranti Tuesday morning at 8:30 a.m., while another two typhoons have formed in the West Pacific Ocean early Tuesday.

Meranti has developed very quickly in the past 24 hours and has turned into a super typhoon Monday evening, the CWB said. It is currently located 540 kilometers east-southeast of Eluanbi, the southern tip of Taiwan, and is moving at 22 kilometers per hour in a west-northwest direction.

The super typhoon is expected to be closest to Taiwan from Wednesday afternoon to Thursday, the bureau said.

Meanwhile, two more typhoons in addition to Meranti have formed early Tuesday around 2 a.m. While this year’s 15th typhoon, Rai, was located close to the coast of Vietnam and will not affect Taiwan, typhoon Malakas may come close to the island as it had formed west of Guam and is moving in a west-northwest direction.

The bureau noted that it will continue to observe Malakas’s movement over the next few days, as it may have direct interaction with super typhoon Meranti.