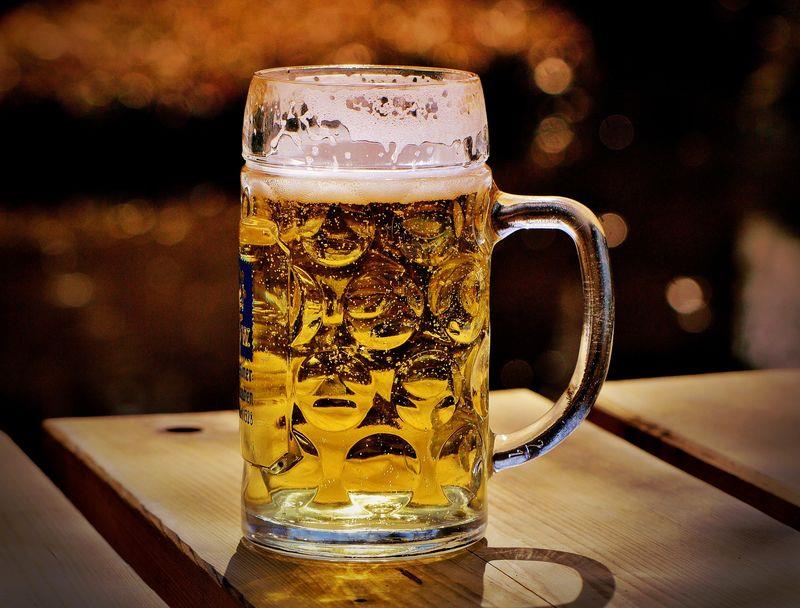 The Mid-Autumn Festival, which is around the corner, is a season for eating barbecue meat and drinking beer, but a dietitian warns that drinking a can of beer is like eating a bowl of rice as beer is “liquid bread” that is high in calories. Fang Ching-yi, Taipei Municipal Wanfang Hospital dietitian, said that recent research indicated that an adult female should not drink more than one can of 330cc beer and an adult male should not drink over two. Drinking more than that could increase health risks, she added.

After alcohol goes into the human body, it is broken down and converted by the liver, so alcohol can cause damage to the liver; and drinking too much beer will burden the kidneys, the dietitian said. In addition, there is the issue of calories, Fang said. Taking a can of 330cc beer with 10 percent alcohol content as an example, as one gram of alcohol contains seven calories, the alcohol in the beer alone contains 210 calories, which is an equivalent of a bowl of rice, she said. If there are sugar and juice additives in the beer, the caloric content is even higher, she added.

A regular person will gain a kilogram of weight after consuming 7,700 calories, so eating barbecue meat and drinking beer every day during the four-day Mid-Autumn Festival is an effective formula to gain two or three kilograms of weight, the dietitian warned, advising people to eat meat with vegetables and fruit and to drink sugar-free green tea or plain boiled water to reduce health risks.