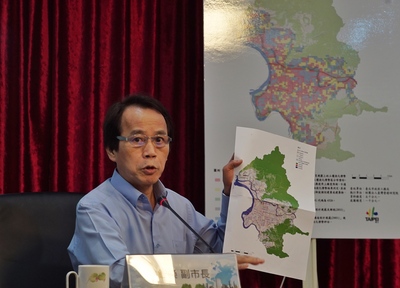 TAIPEI (Taiwan News) – The Taipei City Government on Saturday put a map online which shows its own building and nearby Taipei 101 are located in areas prone to a high degree of liquefaction during earthquakes.
The perils of soil liquefaction came to the fore after 117 people died when a building in Tainan collapsed during an earthquake last February.
Soil liquefaction occurs when soil is saturated and loses strength and stiffness, often during earthquakes, and behaves like a liquid.
Taipei City decided to launch a study to determine which parts of the capital were most prone to liquefaction, and the results were put online Saturday in the form of a colored map with advice at soil2.taipei. The site also includes a search function where residents can write their address into the map and see what kind of risk level their home faces.
According to the map, the Taipei City Government building, the iconic Taipei 101 skyscraper, the Taipei Railway Station and even Taipei City Mayor Ko Wen-je’s own home were located in areas colored red, meaning they could be most susceptible to earthquake liquefaction. The controversial Taipei Dome and the National Palace Museum were situated in less risky zones on the map.
Presenting the map, Taipei Vice Mayor Charles Lin said the city and the central government had joined hands to set aside NT$60 million (US$1.9 million) to spend on inspecting, repairing and strengthening old houses against earthquakes. About 26.1 percent of the capital could be classified as areas of medium to high risk of liquefaction.
Lin also emphasized that the phenomenon might only occur and pose a threat during tremors with an intensity of six. A high intensity is usually only found close to the epicenter of a quake.