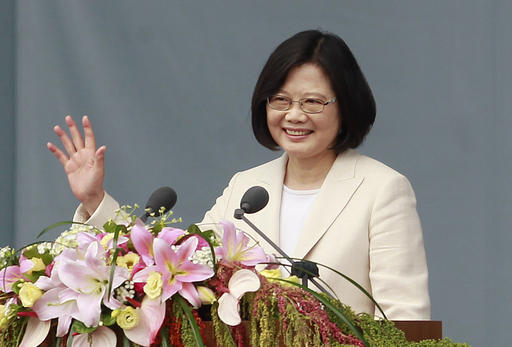 Reform will survive the death cross

President Tsai Ing-wen recently marked her 100th day in office as Taiwan’s first woman head of state and her 60th birthday, though neither gave her much cause for joy and happiness, if you have to believe local media.
On Wednesday, her official birthday, Taiwan Indicators Survey Research published an opinion poll showing Tsai was caught in a “death cross,” an ominous-sounding term which indicates that the number of her detractors is growing to become larger than the number of those satisfied with her government.
A similar phenomenon hit Premier Lin Chuan earlier in the month, but perhaps that was only to be expected, considering that under Taiwan’s constitutional system, the premier and his Cabinet are often in the firing line for every kind of government decision.
There is a reason why both previous presidents, Chen Shui-bian of the Democratic Progressive Party and Ma Ying-jeou of the Kuomintang, each used up six premiers during their eight years in power.
Serving as a premier is a thankless job, since as the head of the Cabinet, he is responsible for the actions of his subordinates, ranging from senior ministers to lower-level officials inside ministries, committees and state-run enterprises. Any hint of scandal, from an extramarital affair by a minor official to allegations of irregularities at the overseas affiliate of a state-owned bank, can escalate into a full-blown onslaught of criticism targeting the capabilities of the premier.
While the KMT is expected to slam the government relentlessly, partly because it has become the opposition and partly out of a thirst for revenge, criticism of president and premier comes as more of a surprise when it originates with someone who should be a strong supporter.
Yet, that is exactly what happened earlier in the week, when Wu Li-pei blasted president, premier and government, mostly about the choices of personnel.
Wu is not only a veteran campaigner for Taiwan Independence, but also the uncle of Joseph Wu, the secretary-general of the National Security Council, and therefore an important voice on the edge of politics and social movements.
The elder Wu described Lin as “too conservative” in the field of economic and financial reform and warned President Tsai she would “have no tomorrow” if she allowed him to continue.
The spat surrounding Lin was vaguely reminiscent of the fate of Tang Fei, President Chen Shui-bian’s first premier, who did not last longer than five months in 2000.
There is one major difference between the two premiers, though. Tang was a former chief of the armed forces and a defense minister under the KMT administration, appointed by Chen as a kind of bridge with that party, which still held a majority at the Legislative Yuan.
Lin, however, has been an official in DPP administrations for about two decades as well as a key confidant and campaign adviser to Tsai. He is someone the president can trust, a manager and a financial expert rather than a politician who might push his own agenda, advance his own presidential ambitions or undermine the president’s position through factional infighting.
Wu Li-pei also turned a tad melodramatic when he said he had broken off contacts with his nephew because the latter insisted David Lee was the best possible choices for foreign minister after himself. Wu faulted Lee for supporting the idea of One China and the 1992 Consensus, just like many other former KMT officials, too many of whom had been kept on by Tsai, according to Wu.
While it is true that the president has allowed many former KMT government members to hold important positions within her own administration, as long as they loyally follow the new team’s policies, that should be no problem.
Reform is necessary, and as Tsai has repeatedly pledged, it will come, though it would be unrealistic to expect it to happen so soon.
Reform is not something can be achieved in 100 days, maybe not even in the four years Tsai has been elected for.
There is the heritage of eight years of rule by President Ma Ying-jeou, but the new administration has set the even more ambitious target of turning Taiwan into a “normal country” by correcting wrongs and injustices going back 70 years, through the decades of Martial Law all the way back to the arrival of the KMT after the end of Japanese colonization.
Such a task is impressive and deserves to be applauded, but supporters of reform should refrain from unrealistic expectations.
The government already made a start this week with the inauguration of the Ill-Gotten Party Assets Settlement Committee, which is to clear up the issue of national assets taken over by the KMT from 1945.
It is moves like these which show the government is serious about tackling the issues and bringing on solutions, but it would be completely exaggerated to expect solutions to appear or to be implemented within a few months.
President Tsai should not be too concerned about getting caught in any “death cross,” as it is normal for opinion polls to show falling support once a leader or a government start taking action. For every action, there will be positive and negative reactions. The most important point is that the president and her premier, whoever he is, should continue on the road they think is right to bring about just reform.
If the aim is right and is brought closer, the public will realize the efforts were worth any short-lived pain, and the opinion polls will rebound.