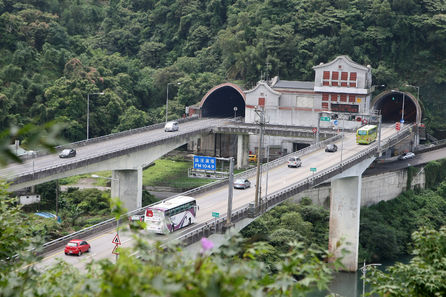 As a venue of part of the annual Han Kuang military exercises, both ways of the section of the National Highway 5 from Shiding to Toucheng, including the Hsuehshan Tunnel, will be closed from midnight to 6 a.m. on Tuesday and Wednesday. The Taiwan Area National Freeway Bureau (TANFB) announced several days ago that the section of the National Highway 5 will be closed during the above-mentioned periods of time due to a Hsuehshan Tunnel accident prevention and rescue drill as well as the Han Kuang military exercises.