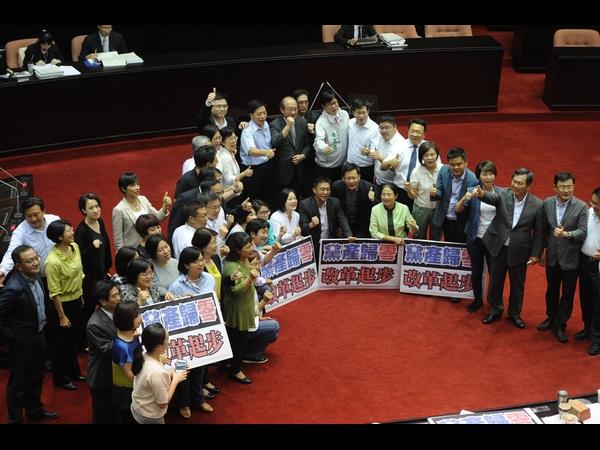 The Legislature voted 72-31 Monday evening to approve the ruling Democratic Progressive Party's (DPP) version of the name of a statute aimed at handling the ill-gotten political party assets.

The KMT has opposed the name of "assets improperly obtained." KMT caucus Secretary-General Lin Te-fu said the name of the bill is targeted specifically at the KMT. However, the DPP said it will not back down on the name.

Yeh Yi-jin, a DPP lawmaker, said her party proposed the statute be titled "The Statute on Handling the Inappropriate Assets of Political Parties and Their Affiliated Organizations" because the KMT has maintained "special" ties with such organizations as the China Youth Corps and the National Women's League of the ROC.