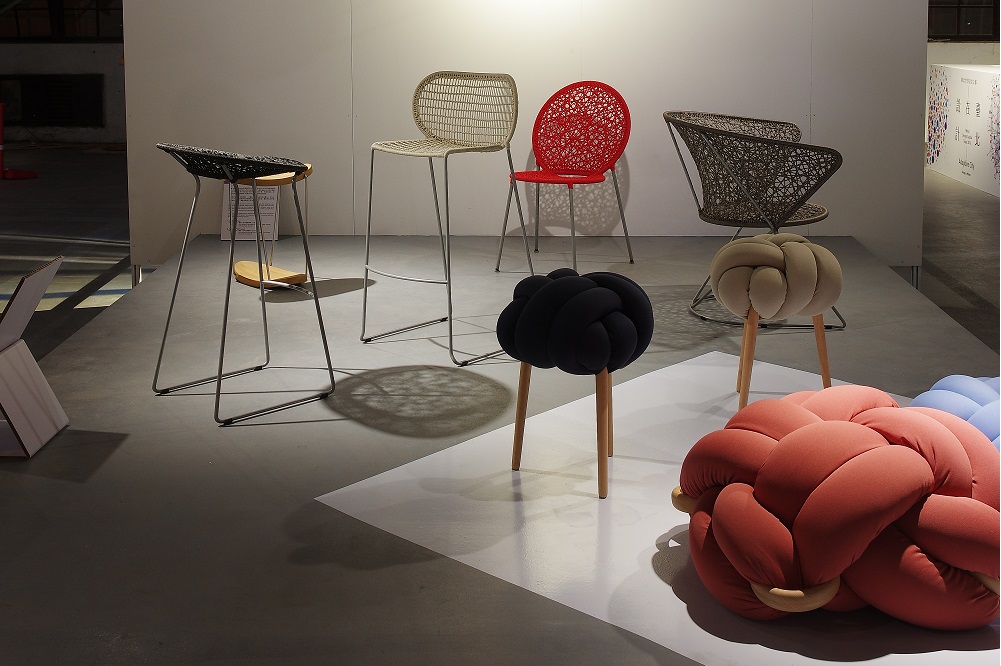 Israel, a small country of 8 million people transforming desert lands into nourishing grounds for a design start-up nation, is now having an exchange exhibition “Creative Roughness: Contemporary Israeli Design” in Taipei’s Songshan Cultural and Creative Park, where 300 brilliant creations by 45 designers from Israel tell the story of 45 different perspectives towards lives.

Featuring the rough style, the Israeli design is known for both being innovative and having the capability to make the most out of limited resources. The Department of Cultural Affairs, Taipei City Government invited renowned Israeli designer Alon Razgour to curate the exhibition for World Design Capital Taipei 2016 (WDC Taipei 2016), introducing Israeli design to Taiwanese people.

In addition to exhibits showcasing designs in green energies and medical devices, there are also fashion and lifestyle exhibits from Israel, including clothes manufactured by 3D printing and modern furniture pieces covered with traditional weaving patterns.

Beatrice Hsieh, commissioner of the Department of Cultural Affairs, indicated at the opening press conference that she hopes to see not only the political aspect of Israel, but also the new Israel from its contemporary art from the exhibition. She added, “Taipei will be the world design capital for not only 2016 but also for every year in the future. Taipei will always dedicate itself on bringing new designs for a better future, and I hope that not only Taipei, but cities all over the world will bring the design based on human values and make the world a better place.”