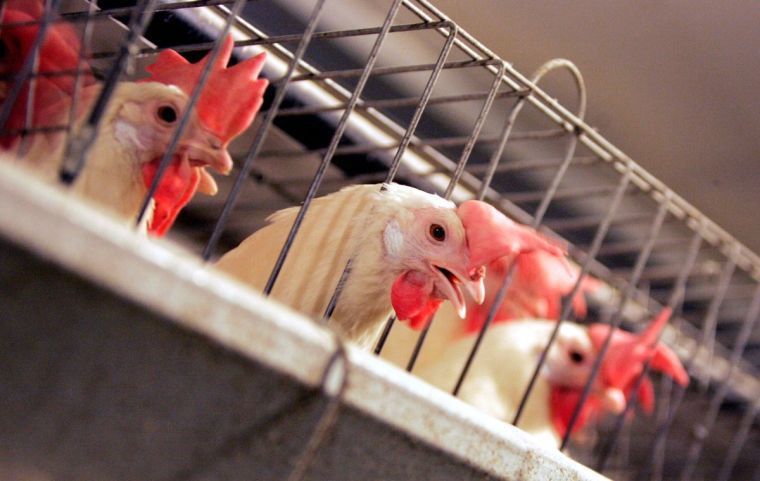 The Council of Agriculture (COA) has implemented from July 1 the “Definition and Guideline of Friendly Eggs Production System” to ban battery cages in Taiwan.
According to COA statistics, there are an estimated 1,700 poultry farms keeping up to 3.6 million hens in Taiwan, which supply between 1.8 million to 1.9 million eggs each day, and an equivalent of 68 billion of eggs annually. Unfortunately, 99 percent of chickens are kept in closed cages of A4 size.
Switzerland, a member of the European Union (EU), is the first EU country to ban the raising of egg-laying hens in battery cages on January 1, 1992, followed by Germany in 2010. The European Commission has adopted the Council Directive 1999/74/CE regulations to protect the hens since 1999 and later in 2012 implemented a total ban in the Europe Union.
The COA announced on July 1 the enforcement of the "Definition and Guideline of Friendly Eggs Production System," a guideline similar to the EU regulation, aiming to establish high standards and friendly production systems in Taiwan.
To protect consumers' health and provide high quality eggs, the COA has also implemented an Eggs Traceability System from September 1, 2015. It requires vendors to mark egg containers with traceability labels, which contain information such as the name of the source farm and a QR code. Producers of both packaged eggs and bulk eggs are required to identify the way the hens were raised, such as the barn, free range, enriched cage, to conform to the “Friendly Eggs Production System.” If the information is not indicated, according to the “Act Governing Food Sanitation,” the producers and sellers can face a fine of NT$ 30,000 to NT$ 300,000. If there is false indication, the fine is increased from NT$40,000 to NT$400,000.