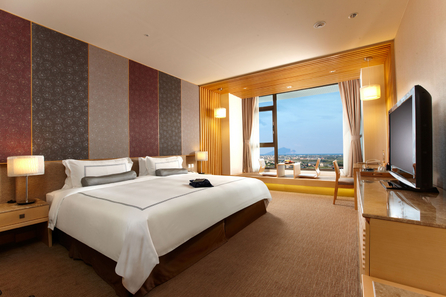 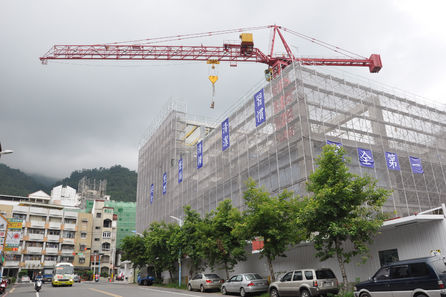 Nearly 30 star-rated hotels have either newly opened or will soon open on the Yilan plain, a phenomenon said to have been created by conglomerates scrambling to take advantage of a tourism boom expected from the completion of the Suhua Highway Improvement Project in the next three years.

The project makes improvement to three dangerous sections of Suhua Highway (Provincial Highway No. 9) between southern Yilan County and northern Hualien County. The improved highway sections are planned to open to traffic one by one in the next three years, with the first section from Suao to Dongao being scheduled to open at the end of next year.

According to Tourism Bureau’s statistics, since the opening of the Hsuehshan Tunnel, the main artery between Yilan and Taipei on National Highway No. 5, about 10 years ago, the number of hotels in Yilan County has had no significant growth, hovering around 200, and the number of five-star international hotels has remained the same at three.

But a total change has silently taken place. In the year of 2016 alone, star-rated hotels built and run by such groups as Lakeshore Hotel, FIH Regent, Leader Hotel, Shih Wei Navigation, Rich Development and others have been opened or will be opened, with a total of 1,455 additional rooms entering the market, according to the statistics of the county's Industrial Development and Investment Promotion Committee.

In addition, the L’Hotel de Chine, Everrich, Fargory Hotel, My Humble House, and TransGlobe Life groups have also joined in the hotel race. They have been constructing or are planning new hotels in Yilan, bringing the total number of newly open and under construction or planning hotels in the county to 27.

These new and upcoming hotels reportedly aim to take advantage of the tourism growth expected to benefit Yilan and Hualien counties after the completion of the Suhua Highway Improvement Project.

The increase of foreign tourists visiting Yilan in recent years has also contributed to the hotel boom, a hotel manger said.

Sun Spring Result vice general manager Yu Man-ling said that after the opening of the Hsuehshan Tunnel 10 years ago, Korean tour groups have preferred hotels in Jiaosi, Yilan to hotels in Taoyuan, where they used to stay. Taking a four-day Korean tour group for example, the group typically stays three nights in Jiaosi, and during the daytime they usually take a day trip to Jiufen in New Taipei City or to Taroko National Park in Hualien.

In addition, the 2013 Korean TV show, Flower Grandpa Lab, has further attracted Koreans to visit Taiwan, and now most hotels have to provide websites and hotel signs in Korean to cater to Korean visitors, Yu added.

With so many luxury hotels springing up in Yilan, stronger competition among old and new hotels and more choices for consumers are sure to happen, but whether the demand can prop up the market remains to be seen.