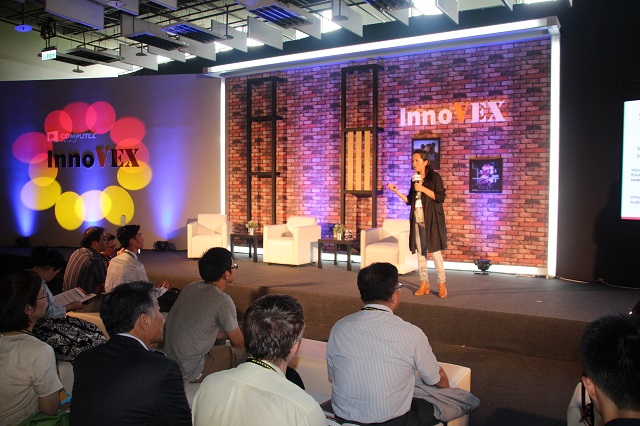 InnoVEX debuts with lots of activities

InnoVEX, COMPUTEX’s brand new exhibit dedicated to startups, made its debut on Tuesday with lot of activities.

The new exhibit is a “startup village” that combines major themes in IoT cross-industry applications, e-Commerce, and disruptive technology, according to organizer Taipei Computer Association (TCA).

InnoVEX is equipped with out-of-box open booths and networking spaces and a series of forums and seminars, intended to maximize innovative, technological, and investment exchanges, the TCA said.

InnoVEX, located in TWTCH Hall 3 and taking place from May 31 to June 2, is joined by 217 innovative startups from 22 countries, the organizer said, adding that among them, 68 companies hail from overseas. The InnoVEX exhibitors will showcase a variety of products and technologies including IoT applications, VR/AR, and Fintech, according to the TCA.

Events scheduled to take place at InnoVEX include Pitch Contest with a winning prize of US$30,000, demos by startups, and Center Stage and Pi Stage, the two stages that host keynotes and forums on such topics as startup ecosystem, successful stories of startup “unicorns,” Silicon Valley startup trends, virtual reality (VR), artificial intelligence (AI), and unmanned vehicles.