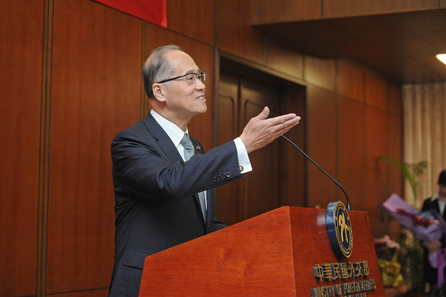 TAIPEI (Taiwan News) – Foreign Minister David Lee said Saturday that the rejuvenation of diplomatic personnel was an important task following reports that more than half of Taiwan’s representatives overseas were older than 60.
Democratic Progressive Party legislator Liu Shyh-fang said she found from Ministry of Foreign Affairs documents that the average age of Taiwan’s 116 overseas office heads was 59.2.
Only two were younger than 49, 55 were in their fifties, 48 were 60 to 64 and eleven were 65 or older, she said.
Liu said that Lee wanted to promote presidential diplomacy, but many overseas diplomats and ambassadors were older than President Tsai Ing-wen.
Lee responded that he became head of North American affairs at MOFA when he was 46 and deputy foreign minister when he was 49, with then-Foreign Minister Jason Hu being 50 years old.
The rejuvenation of diplomatic personnel was an important aim of President Tsai, Lee said, adding he would do his utmost to force the policy through. However, that did not mean that older people who were still energetic and healthy would be shunted aside, Lee said.
The new Cabinet of Premier Lin Chuan has come under fire for being too old, with an average age of about 62, for being too male with only four women out of 40 officials, and for being too blue, meaning there were too many holdovers from previous Kuomintang administrations.