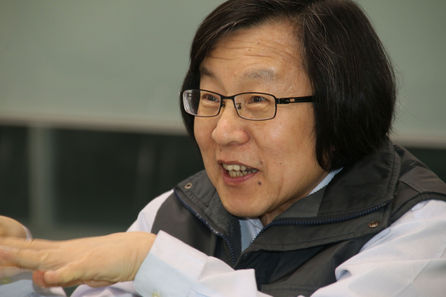 Chiou expected to serve as diplomat

Former Vice Premier Chiou I-jen is expected to head the Association of East Asian Relations after a reshuffle of its management board on Friday.

Chiou and former Premier Frank Hsieh, who is appointed Taiwan’s representative to Japan by President Tsai Ing-wen, will be responsible for handling affairs between the two countries.

Hsieh’s appointment was highly anticipated as he had studied there, speaks fluent Japanese and maintains good relationships in Japan’s political circles.

Former Representative to Japan Koh Se-kai told reporters Chiou had been an important politician during the Chen Shui-bian administration and Hsieh had been a former premier, and both of them would not only be diplomats, they both would also be responsible for making political judgment.

Koh said Chiou had established good interpersonal relationship with Japanese authorities from his contact with Japan during Chen’s administration, and stayed in Japan for a period of time, mainly conducting researches at the Hokkaido University.

Koh said the new government apparently had sent strong political messanges to Japan by appointing Chiou and Hsieh to the posts important in shaping relationships with Japan, especially at a time when the two countries are at loggerheads over some sensitive issues such as territories and fishing operation.