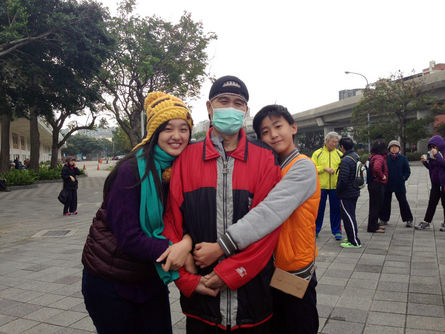 Ku, 56, is survived by his wife, his daughter and son. His family members, relatives and friends were by his side when he passed away.

After his incredible feats in the realm of track and field athletics in the ‘80s and culminating in 1990, Ku was projected into the media spotlight again after a Uni Air flight on-board explosion incident in 1999 that implicated him.

Ku was prosecuted for allegedly masterminding the explosion and a judge initially sentenced him to a 10-year prison term, which was shortened to seven-and-a-half-years upon appeal.

Ku was a teacher before the incident, but the long legal battle and the lingering stigma cost Ku his job and financial stability. He was forced to take odd jobs to make a living for many years.

In 2008, Ku passed an examination and became a teacher again.

However, the ordeals for Ku and his family did not end there, as he was diagnosed with leukemia in 2014.

His conditions got better for a time after undergoing a bone mallow transplant at the NTUH. However, he came down with pneumonia in April and was hospitalized again.

Since then, Ku’s conditions had taken a downward spiral until his death on Wednesday morning.