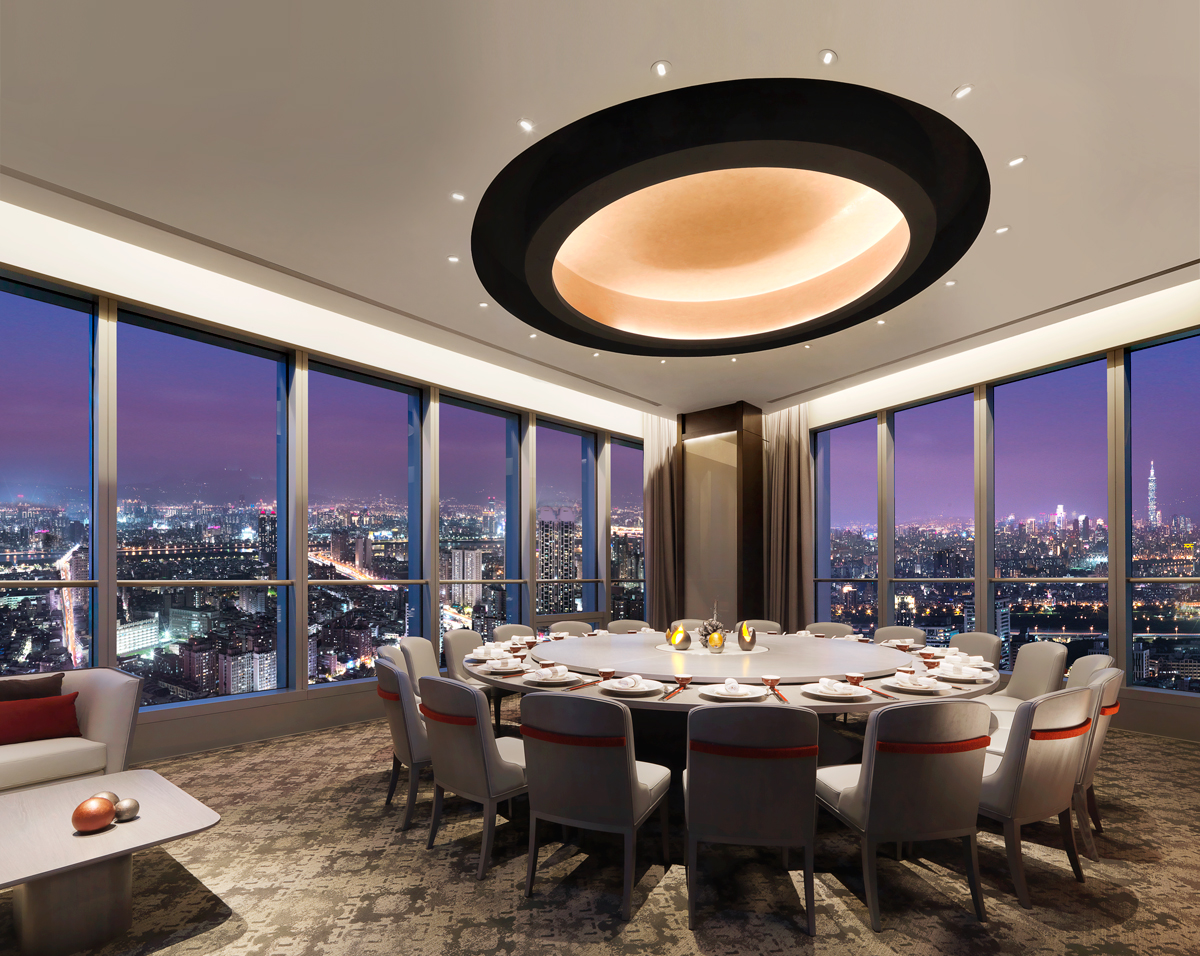 Cantonese restaurant Moon Pavilion, located on the 48 th floor of the 50-story Mega Tower, the tallest building in New Taipei City, will open on May 24, 2016. Owned by the Far Eastern Group and managed by the long-term partner Shangri-La International Hotel Management Ltd, Moon Pavilion is a part of Mega 50, New Banqiao City’s first international five-star dining complex, occupying the 48th to 50th floors of Mega Tower.

Quality Cantonese and Chinese cuisine will be served in a stylish space, overlooking spectacular views of both Taipei and New Taipei cities. For reservations or more information, please call (02) 7705-9700.

“I have great confidence in seeing Moon Pavilion play a lively role in the local market once it opens, because not only is it well-located at the top of the city’s new landmark, but the restaurant is also welcoming guests with five-star service and quality dishes at affordable prices,” said Mr. Marcel N.A. Holman, general manager of Shangri-La’s Far Eastern Plaza Hotel, Taipei, who will be overseeing operations of Mega 50.

Moon Pavilion invites diners to a sophisticated space that is elegantly designed in silver grey and a touch of auspicious red. The 100-seat Cantonese restaurant has three private dining rooms – Banqiao, Fuzhong and Nanya – accommodating 24, 12 and 10 guests, respectively.

With tables strategically positioned near the windows, guests will be able to enjoy beautiful views of the city as they savor flavorful dishes prepared by Chinese Head Chef Wilson So.

Originally from Hong Kong, although Chef So is only 36 years old, he is a veteran with over 20 years of culinary experience. While most chefs concentrate on specific techniques in the kitchen, Chef So’s extensive skills allowed him to become a well-rounded chef. Prior to the current position, Chef So was the Chinese Executive Chef at Okura Taipei; he also worked as the sous chef at Chinese restaurant The Dragon located in Sheraton Taipei, and many other renowned restaurants. Having worked with numerous Michelin-starred and well-respected chefs, Chef So finds the best way to succeed in the kitchen is to constantly pay careful attention to details and practice repeatedly in order to learn and improve.

One of the most influential mentors that Chef So encountered was Michelin two-starred Chef Ng Chi Kai, currently the Chinese Executive Chef of JW Marriott Hotel Macau. Chef Ng never hesitated to share his secret recipes and would patiently explain every step. He reminded Chef So the importance of dedicating thought to process, and adding value to eatable creations through tasteful presentation.

Chef So followed both his father and uncle’s career footsteps into the culinary industry and started working in the kitchen when he was in his early teenage; then he moved to Taiwan to commence his career. Chef So’s desire and persistence to acquire new culinary knowledge allowed him to better his skills through studying books covering topics ranging from ancient Cantonese cook books to molecule cuisine. Therefore, he specializes in Cantonese cuisine, but excels in adding western elements into his dishes as well.